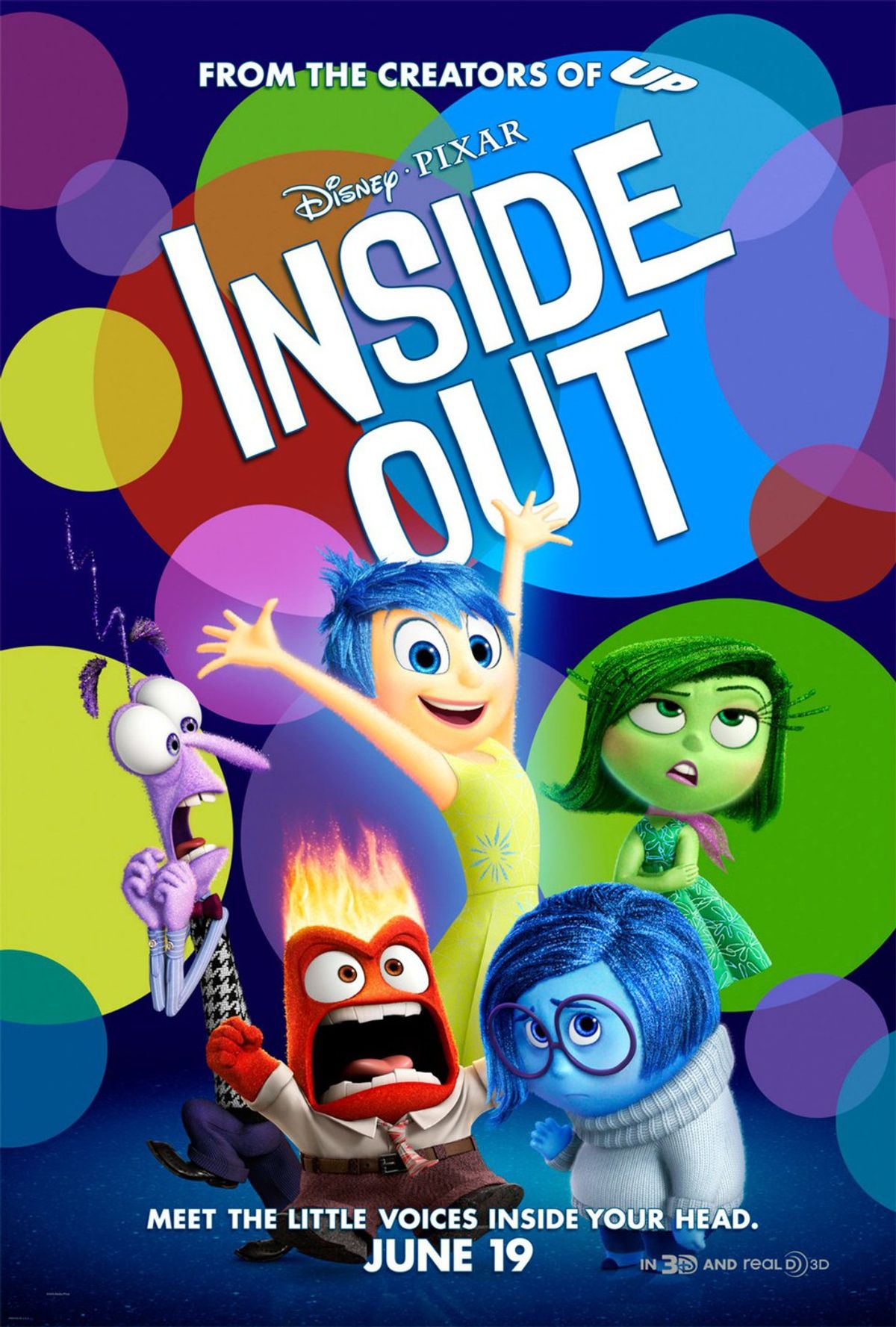 
Pixar’s animated film, "Inside Out," is nothing else but another masterpiece from the great animation company. Hilarious as well as touching, it goes deep into describing human emotions in a unique and original way.

The film tells the story of Riley, a young girl who lives with her two loving parents. Riley loves hockey and has a healthy relationship with her parents as well as her best friend. Things take a left turn for Riley when the family moves to San Francisco, a change of plans Riley is hesitant about at first but tries to live with for the sake of her parents. All throughout the film, we see how Riley’s emotions control her decisions as well as obviously how she feels about everything in her life. These emotions are composed of five main characters (all voiced impeccably and brilliantly by its cast): Joy (Amy Pohler), Anger (Lewis Black), Sadness (…), Disgust (Mindy Keyling), and Fear (Bill Hader). We all know how sometimes are emotions clash, and that’s the case sometimes with Riley’s emotions. Memories are stored in the form of crystal orbs the emotions can see. The most special ones are kept in a unique place where they control Riley’s feelings, each showing crucial points in her life. The film kicks into gear when Sadness accidentally loses all of Riley’s special memories, as well as herself and Joy. The trouble now is that the only emotions left are Anger, Disgust and Fear. A recipe for disaster, to say the least. Just see what happens in Riley’s first day of school. These scenes are all either very funny or touching, mainly because of the great voice acting by everyone involved. And off course, the geniuses at Pixar show it is an almost impossible task to do a bad film (Planes? Come on…).

And believe me, this is a film for kids, as well as parents, should see. Like many of Pixar’s films, it contains comedy for adults (that will probably go over kids’ heads) and laughs for kids as well. But I believe the film is most successful at depicting Riley’s ordeal of not being able to express happiness or joy. People of all ages will probably laugh as well as cry. I developed a lump in my throat in two key scenes (trust me, you’ll know which ones they are), and laughed helplessly in other scenes. For me, though, what gave me sadness was in connecting with Riley’s ordeal of being in a point in her life where sometimes Joy is not present in us. All that we can do is show what we are feeling, but expressing it in a way that suggests other feelings we want to express but can’t (if that makes sense).

In times of being stuck in dark areas, hard work and the help of others are what can get us through. Most importantly, it’s us that have to do the work. Of course, there are moments in life that cannot be expressed with one emotion. What this film teaches is that it is ok, even healthy, to express any emotion. But too much of one can be unhealthy at the same time. My suspicion is that many will also connect with what Riley goes through. No wonder it won the Oscar last year for Best Animated Feature.