Ingenuine Genuinity: The Ironic Praise and Marketing for Lady Bird

My Review of Lady Bird 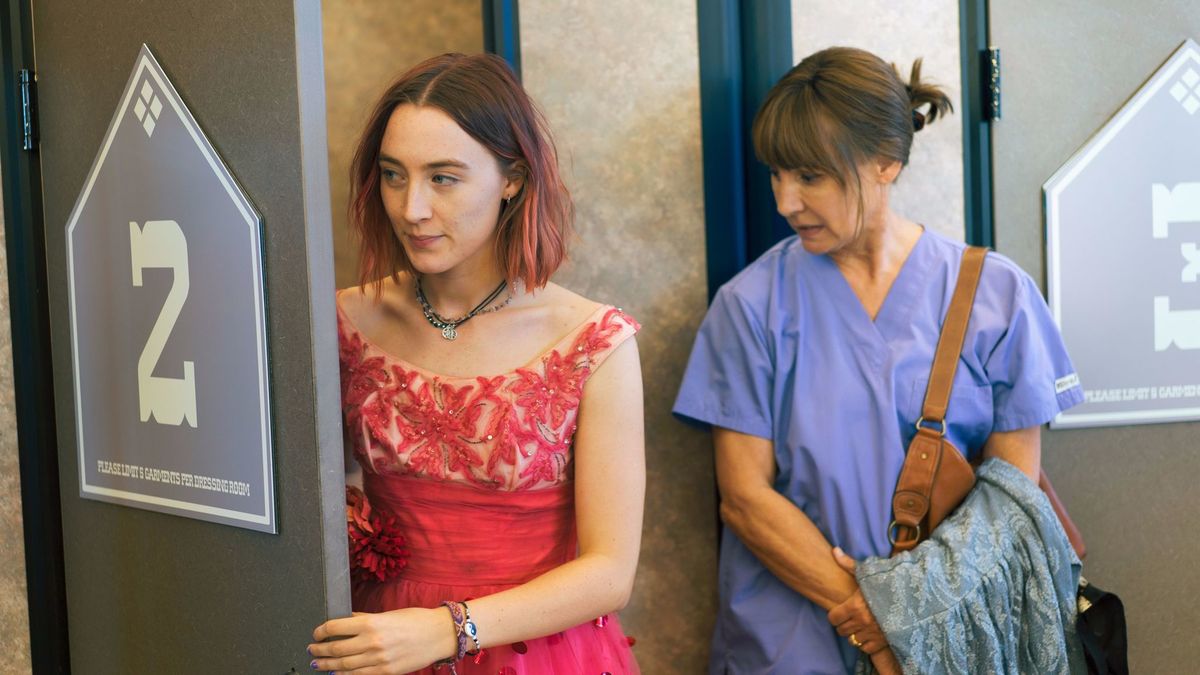 A few weeks ago, Lady Bird was crowned as the best-reviewed film on Rotten Tomatoes of all time. When I saw that on social media, I was surprised mainly because I was skeptical. Personally, I thought it looked like a Disney Channel original movie dressed up as an independent film. My predictions were not too far off.

I respect the concept of Lady Bird: an artistically ambitious teenage girl wanting to go to college. I relate to that. I understand why critics like it considering the growing popularity of feminism. The film can be labelled as feminist because it features a “strong independent heroine” who asserts her goal of going to college in New York to become a writer. More importantly, Lady Bird does not end up with any guy at the end, the social media definition of a feminist. In an interview with The Film Stage, Greta Gerwig boasts, “Usually movies about teenage girls, even if it’s not the primary story, it tends to center around one guy. That’s the love story. In my story there’s not one guy, there’s two guys and they’re both wrong.” Erasing Lady Bird ending up with neither of her love interests, the film has a lot of cliches seen in teen movies and TV shows:

If the film wants its heroine to be independent without a guy, then why even bring one into the picture in the first place? Additionally, if the film wants to be “unique,” then why not introduce a female protagonist who is not even interested in boys. Certainly, in real life there are girls in high school who are boy crazy, but there are also a handful of girls who aren’t interested in dating and are focused on schoolwork instead.

Back to the high school movie cliches in the film, Lady Bird’s goal of getting into college is not only seen in teen movies but several sitcoms as well. The film approaches the college application process realistically, but it’s exploration is very weak and rushed. Ultimately, it is a missed opportunity. In the beginning of the film when Lady Bird tells her Mom she wants to go to school in the East coast, her Mom replies that they cannot afford it. However, the film never goes too deep into the film’s financial situation beyond that other than having the father get fired (a plotline seen in several kid’s movies and television shows). Lady Bird is waitlisted by the college of her team, but is later accepted. This I found predictable.

This brings me to Lady Bird’s relationship with her family members. Her fights with her mother are very silly and cartoonish. Rather than feeling natural to the story, the fights felt like they were in the film just for the sake of being there to show forced emotional complexity. Lady Bird’s relationship with her father is no different than the father-daughter relationships in most movies about teenage girls. Unlike the mother, he agrees with all of her goals. Another family conflict the film introduces but does not explore too deeply is her father’s depression. It is mentioned about three quarters into the film, but it is not mentioned again. Additionally, Lady Bird’s step-brother Miguel and his girlfriend Shelley feel more like caricatures than “complex characters” the film wants them to be. The joke with Miguel and Shelley is that they are “oddballs” because they have body jewelry. That is really all we get to see of Miguel and Shelley.

Lady Bird is a caricature herself. She is a caricature of today’s ideas of what a feminist “should be,” at least according to social media. Lady Bird dumping Kyle at prom and choosing her best friend Julie as her “date” gives a good message to girls, and it is certainly something we do not see in many teen movies. At the same time, however, I felt like that was inserted into the film in order to gain praise for “feminism” and “edginess” from the audience. Gerwig constructs Lady Bird as an “edgy” character by having her say “I want to go where culture is...where writers live.” However, the film does not completely live up to this premise. Although Lady Bird goes to college in New York at the end like she wants to, the audience does not see any of her creative activity. A film about a girl in high school exploring her creative writing skills would be much more interesting. Perhaps instead of being in a school play (another high school movie and TV cliche), Lady Bird could join the literary magazine. That being said, I find Lady Bird and it’s marketing hypocritical. Critics are labelling it as a “unique film” because of the heroine’s “independence,” but when examining it more closely, much of the plot has been done before in teen movies and sitcoms. To use a cheesy metaphor (yes the pun was intended), it is like eating a burger without the cheese.

P.S. If you are looking for good films featuring independent heroines who do not need a guy, I recommend Happy-Go-Lucky and American Honey.