"Infinity War" And Why It's Successfully Complex
Odyssey

"Infinity War" And Why It's Successfully Complex

On a scale of 0 to 4 stars, I give it an infinite amount. 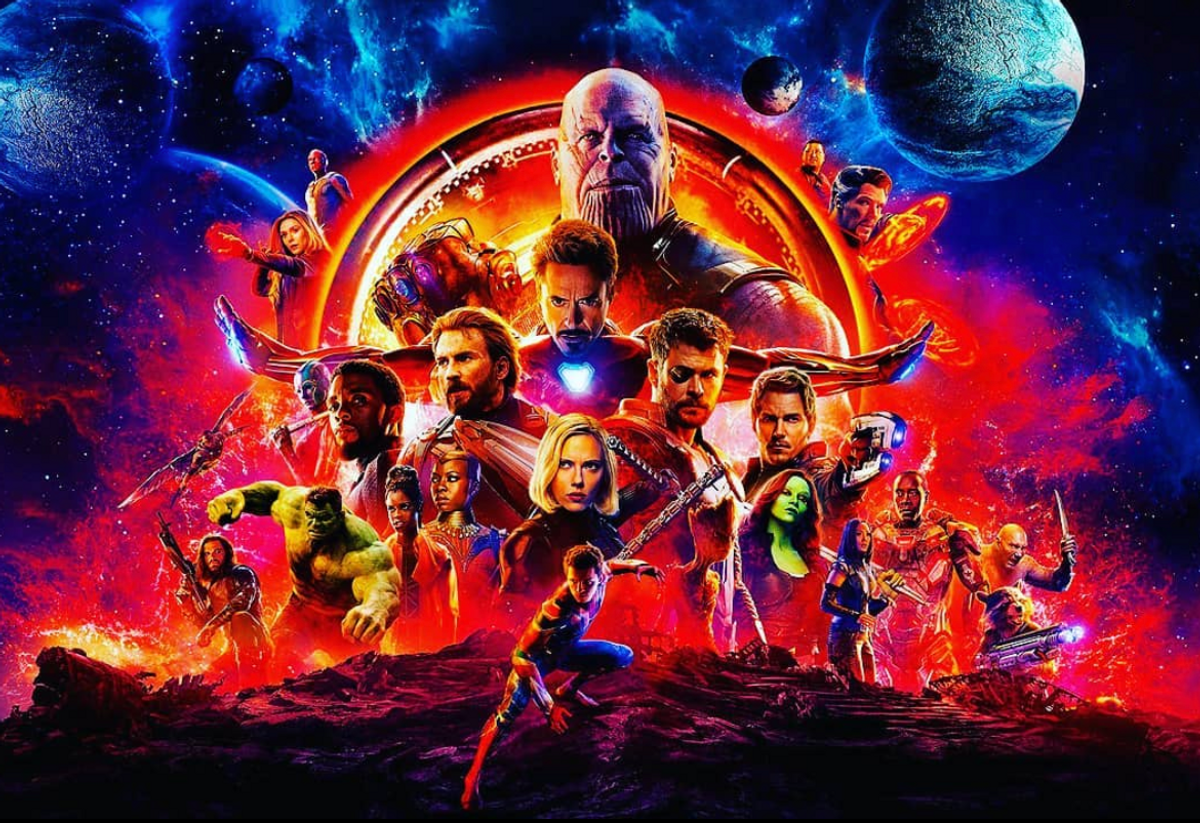 I’ve seen “Avengers: Infinity War” three times, and let me just say that I think this may be my favorite Marvel movie of all time. The first time I saw it, I went with a couple friends from class, and afterward we created a group chat dedicated to the movie and certain characters (mainly Spider-Man). The film blew me away, but I know some people who walked out feeling a bit disappointed. I understand why, but I still feel that despite the cons of the movie, “Infinity War” is a complex story that branches multiple franchises together and does so impressively.

The beginning of the movie strangles the audience just like how Thanos strangles Loki to death. I was blown away by this scene, and even Thanos commented on how he’s dead and will not return again. I appreciated how Marvel acknowledged this trait of Loki, this “not dying” trait, and rolled with it. It was a great place to begin the movie, in my opinion, because it gives the audience a warning. It’s saying, “Hey, you’re going to cry. People will die. Enjoy! :)”

After that jolting introduction, the movie progresses by splitting up the Marvel characters into different locations. First are Dr. Strange, Iron Man, and Spider-Man on one plot line, the Guardians of the Galaxy with Thor on another, then Vision, Scarlet Witch, Captain America, Falcon, War Machine, Hulk, and Black Widow on a third (eventually having Black Panther and Bucky join them). Putting together Strange with Iron Man was an interesting move, considering that they’ve never worked with one another before and that they both have epic, crisp beards/ and/or stubbles. Their sarcasm played off of one another perfectly, and then adding the awkward, witty Spidey makes the team blend well. Let’s not forget that he also was dubbed an Avenger!

Thor with the Guardians was a hilarious roller coaster with making Quill become jealous of Thor, Drax’s comment on how Thor is “a MAN” and not a dude, and many other quotable statements. These moments added humor to the situation, and the characters worked so well with one another. I also loved how Marvel included the flashback of Thanos taking in Gamora because it showed a more personal side to him. He truly believed in her and loved her, and the sacrifice was just as heart-wrenching for him as it was for the theater’s audience.

With the Captain America gang, there were more of the actual members of the Avengers. This created a different feeling, adding a more urgent trait to the plot. They were more focused on protecting Vision rather than stopping Thanos, even though protecting Vision would basically be stopping Thanos. What I’m saying is that their determination to save Vision and the Mind Stone balanced the vital with the humor of the separate storylines. Then Black Panther came on, and I, as one should, did the “Wakanda Forever” arm motion. The way these characters behaved with each other blew my mind in the sense that I felt Marvel was so strategic with their character placements that you could see the effort put into it. For me, it paid off.

The battle scenes were impeccable, too. When Thanos fought the “Stark squad” and the remaining Guardians, I got goosebumps. The graphics were not only amazing, but the whole event was epic. The emotional pull with Quill was a great addition, and I commend Chris Pratt on his acting during this part (and for dealing with all the hate Quill’s getting because he punched Thanos in the face). While I’m talking about acting, everyone in this movie did a wonderful job! I know they’re professionals and that their other movies were acted just as well, but in such a crazy, complex film, they all held their own. Bravo!

Then, the most terrible, saddening, depressing part came: the deaths and ending. SO MANY DIED. SO MANY. Spider-Man’s death shook me the most. The way Tom Holland portrayed Peter’s final moments and the repetition of “I’m sorry” had tears flying from my eyes. (Way to go, Tom Holland! Way to go!) Then after all the tragedies just witnessed, Thanos left the scene and went to a cozy-looking retreat for himself. He gazed at his “grateful world” and smiled. That ending concluded the movie on such a high note, a high yet enraging note, and I cannot be mad for that. It left the audience wanting more, and that is what a movie should do, especially this one. It kept me feeling mentally scarred from the whole death ordeal, and then that smile put the last “nail in the coffin” for me.

I know I skipped A LOT of details, but bear with me. This movie is difficult to write about because of how many details there are, and I want to do it justice within a shortened amount of words and paragraphs. This movie still has me talking and wondering about what will happen next, and all of these comments are my own opinions. Whether you agree or not is completely up to you, but I feel that Marvel deserves some credit for blending in almost their whole cinematic universe into one film. I loved “Infinity War” and I cannot wait for the next part to be released.