Has Activision gone too far? 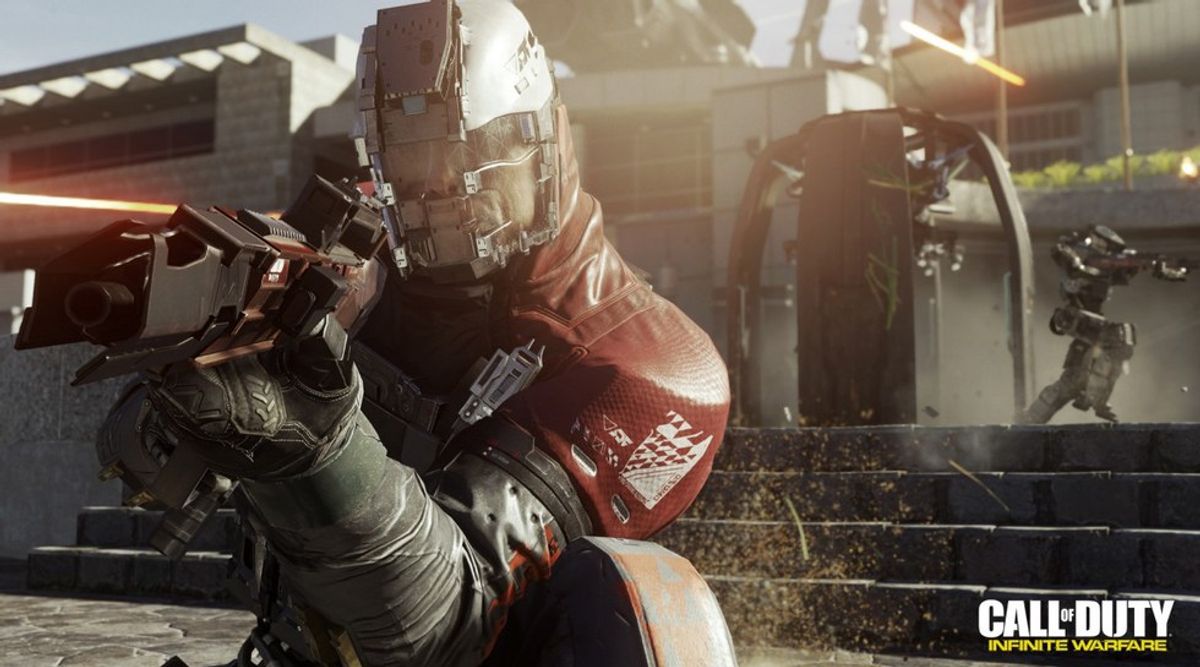 Before we continue, there is something my readers will need to know. I am heavily biased in my opposition to anything “Call of Duty.” My last purchase was “Black Ops II,” and that was a rather strong title compared to the assembly line of futuristic features that have released since then. I am also not a fan of how insistent Activision has become with their business practices and publicity stunts. I have had no choice but to come to the conclusion that the world-infamous publisher either does not care about their consumers or they have no other choice due to external sources as-of-yet unknown to the public. Regardless, one “COD” game after another has had some form of glitch or balancing issue that players get livid about, and the biggest problem of all is the lack of fundamental innovation, making yearly titles blend together in some cases. I promise you, my bias against “Call of Duty” is not without cause.

That being said, the franchise still has a great number of passionate fans who also want to see the series spread its wings and truly innovate. For their sake, and for the sake of journalism, I will be taking a fair and objective look at what this week delivered for “Call of Duty” fans.

On May 2, the “Call of Duty: Infinite Warfare” trailer was released on their YouTube channel for all to see (assuming you were signed in to confirm your age). In this trailer, viewers were given a sneak peek into the story behind the upcoming first-person shooter. The enigmatic Settlement Defense Front has declared war on Planet Earth in the form of a massive surprise attack, which is implicated to be happening around the globe. The trailer proceeds to give a crash course preview of the various locations and battles the player is likely to journey to and take part in. Some locales include what appear to be Mars and one of the moons of Saturn. "Star Wars" fans are likely to take interest in the massive space battles with shuttle-sized starships with resemblances to both spaceships and naval carriers. Robots and space-mechs are also seemingly present in this game, possibly utilized as force multipliers either for or against the Settlement Defense Front. And finally, the YouTube video concludes with a teaser of “Call of Duty: Modern Warfare Remastered,” a remake of the wildly popular 2007 title as a bonus for pre-ordering “Infinite Warfare.”

I have to admit, I was sincerely intrigued with what the trailer exhibited for the game. The sequence for the space battle seemed really cool to watch, and the sound effects were particularly interesting. As a major "Star Wars" fan (trust me, ask anybody who knows me), I have to say this sequence was not a complete rip-off of the classic space battles we have seen in such sci-fi films, although it did remind me of the space battle featured in “Halo: Reach” back in 2010. But even then, it gave its own unique twist into what humanity’s level of exploration is likely to evolve into based on the sounds and ships we have been familiar with from our past explorations into space. The description of the video also describes this narrative as “returning to the roots of the franchise where large-scale war and cinematic, immersive military storytelling take center stage.” If what the description says is true, we may be in for a truly epic spectacle of combat in the distant future.

Now is where my inner skeptic will come in to round out the impression. I am sorry to say that most of the positives behind the trailer have reasonable counter-arguments based on past experiences. The distant future and heavy science fiction setting would have been a great incentive back in 2012, when the FPS genre was saturated with modern-based titles. Unfortunately, the genre has a serious case of what I have coined “bandwagon syndrome,” and now every first-person shooter and their dog has some form of science fiction mixed into the fabric of its design, including the past three “Call of Duty” games that is not even the biggest problem. There has been a massive backlash against pre-order culture, and this has evidently made AAA developers and publishers get desperate in their ploys for pre-orders. I would argue this desperation has come in the form of “Modern Warfare: Remastered.” It has been confirmed by Activision that the only way players will get their hands on this title is if they pre-order one of the special editions of “Infinite Warfare,” the cheapest of which is a whopping $80. And that’s not even the "best" part: it turns out that the Remastered version will only ship with ten of the twenty maps total that were released for the game. It’s cheap tactics like these that will cause Activision and their developers to lose favor with the community. It comes as no surprise that this trailer has almost twice as many dislikes on YouTube as it does likes at the time I am writing this - and trust me, the comments section does not fare any better, and the details are far too mature for this.

Now, to sum things up, I do not think this is the worst deal in the world for “COD” fans. As a matter of fact, I think it’s a great deal considering that it is almost two full games. However, what gets skeptics going is the bewilderment as to why Activision would go ahead and remake a full campaign and only 10 multiplayer maps but leave a measly ten fixed spaces out of the equation? I will admit I have no idea what kind of work goes into coding and programming. It seems as if they could have gone the extra mile to give a complete experience, but they chose not to. It seems senseless, and it’s stunts like these that make people like myself finally lose their patience and jump ship from the franchise. I sincerely believe that “Infinite Warfare” can be a solid entry in the “COD” series, but I cannot shake the feeling that the higher-ups at Activision are getting desperate for sales, and it may serve as a major hindrance to “Infinite Warfare” as well as the lifespan of the “Call of Duty” series. As a former fan, I sincerely hope my former brethren in the community do not get sorely disappointed yet again. But considering Activision’s track record with public relations, I fear this may be wishful thinking.
Report this Content
This article has not been reviewed by Odyssey HQ and solely reflects the ideas and opinions of the creator.

Nicole Marie Nigro
Individual Creator
8373
c1.staticflickr.com
Where to start...... Let me start with the cliche that life throws us curveballs and what we do with it is what counts.