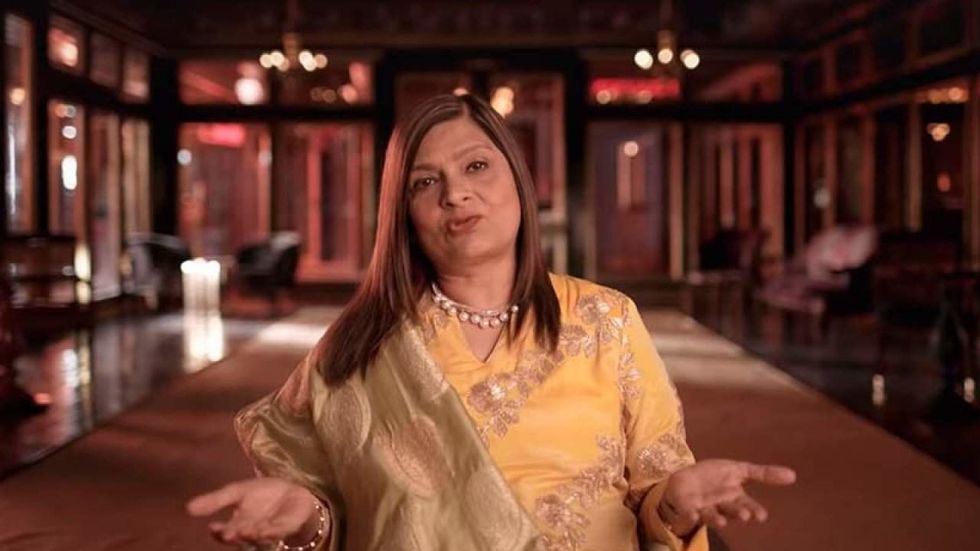 Typically, I live for the dramatic, heavily scripted narrative that matchmaking shows reflect because it gives me a sense of escapism from my very very single life (did I mention I am single?).

But on a whim as the self-proclaimed show critic I am, I took a chance and watched "Indian Matchmaker" on Netflix, and not going to lie, I am obsessed!

This was everything that a person could want in an actual matchmaking series, but it gave so much more.

The show follows three peoples' journey to finding a partner that will ultimately be their husband/wife. It centers around the all-star matchmaker SIma, who works with clients to find their spouse that will not only please them but be right by divine order.

At 19, Sima herself was in an arranged marriage which now 36 years later is still going strong.

Sima is a mix between your favorite auntie, a fairy godmother, and Jo Frost from Supernanny.

She's nothing like the diluted therapists from other matchmaking shows who put people together for marriage because "they both like funny people," but instead leans into Indian tradition and Hindu religion to make the correct match.

Her work is serious, and in watching the show I learned so much about the importance and reasons for arranged marriages.

Sima talks to the parents of her clients, face readers who give her astrological predictions and has a bio data set that her clients can choose from to find a spouse.

While Sima is entertaining enough to watch, the clients are too, because they are so lax and relatable. Some aren't ready to get married, some want a spouse who will be their ride or die, and some want people who are career-oriented like them.

I felt like I was right there when the clients went on their first dates; blushing when they got a compliment, and feeling second-hand embarrassment from their failed dates.

Although I love what Sima brings to the screen as an educated Indian Matchmaker, I don't appreciate her colorism.

On the show, the matchmaker makes countless remarks complimenting her clients' lighter skin color, saying how their "fair skin" will make them a lot more appealing to their potential spouses.

Being an African American, dark-skinned woman myself, I'm not unfamiliar with the colorist views that exist in India.

While I was turned off that Netflix would allow those views to be included, I think it's important that they did because it shows that India needs to do more work in debasing these biased racial stereotypes.

While it's important to know Indian ideals about fair-skinned people being beautiful and inherently good need to stop, the show did reflect how much Indian ideals on women's rights have shifted.

For example, I was shocked when I saw how much the show focused on giving its women clients choice in their arranged proposals, by choosing ambitious, self-sufficient, Indian women with entrepreneurial spirits.

One of the clients on the show, Aparna, is a wealthy lawyer with three degrees who wants nothing less than a man who fits her expectations and more.

It was utterly surprising to see a woman like Aparna on the show because it contrasted the beliefs about submissive Indian women only choosing to undergo planned marriages.

Overall, Indian Matchmaker married Indian culture with the idea of finding love and showcased it to viewers who otherwise wouldn't have learned about arranged marriages in that light.

With all the work I saw Sima do, I just have one question: Where can I sign up?