We can change our whole lives if only we don't fear the opinions. 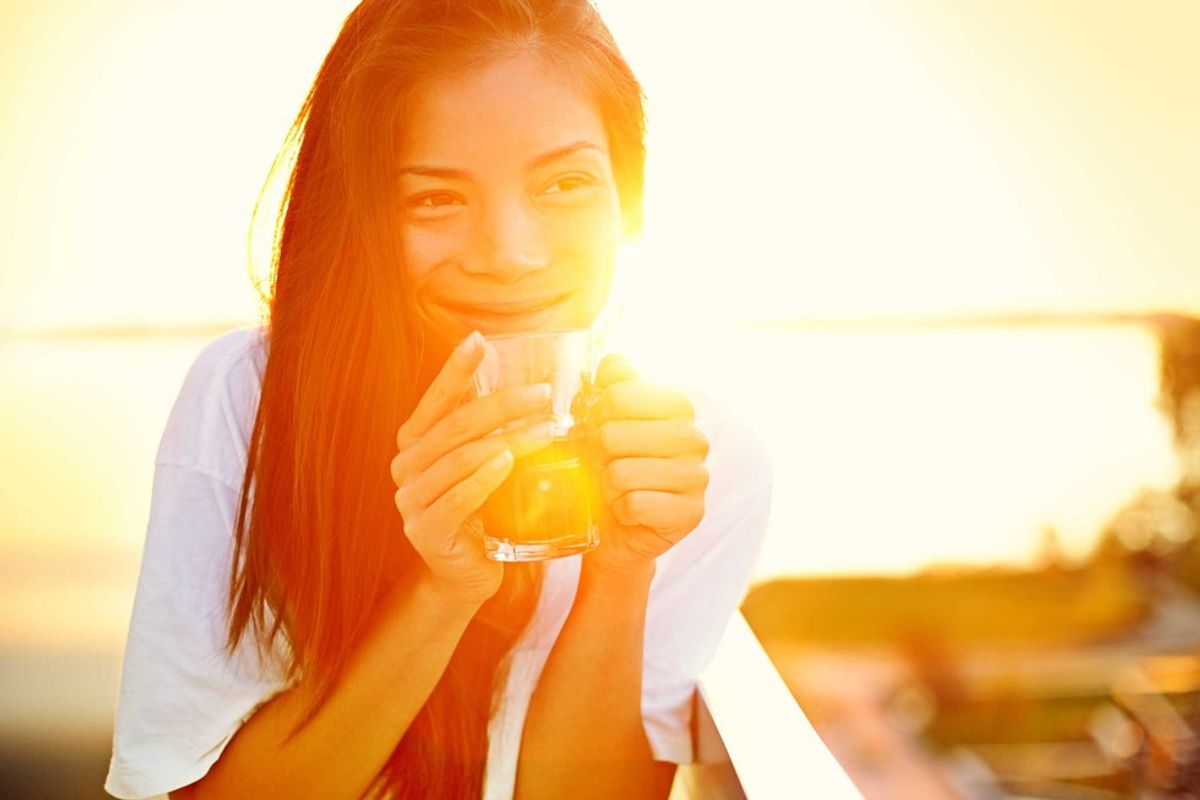 Just a couple of years ago, I was a completely different person. My hair was different, my body was different, my clothing was different, and (maybe most importantly) my eyebrows were different. Going deeper than the physical aspects that have changed about me, I can find ways I’ve changed spiritually, intellectually, and emotionally as well. My faith life looks completely different, I’ve gained so much knowledge I’ve been searching for and have discovered passions of mine, and I’ve gone through the highest of highs and lowest of lows and somehow found my way back to a good spot. I look back and hardly recognize the person I used to be, but I still love her and I love who she’s become.

The most liberating realization I made was that the only person I truly need to impress is myself. Anybody else is just a bonus. This thinking was difficult to come by at first, as about a year ago I was reflecting on where I was going and where I had been and I felt utterly confused. I knew I was changing, and I knew I liked who I was becoming, but the thing that was holding me back from fully leaping and following what I knew I was supposed to do and be was the fear of what other people would think of me. I used to be so worried about other people’s opinions of who I was that they actually made up my own self-image, and I didn’t even realize it at the time. It wasn’t until true struggle and heartbreak that I recognized this and made a conscious decision to identify myself based on who I know I want to be.

Back then, I realized that I had built so much of my perception of who I was and what I did based on other people, some of whom I really didn’t even want to be associated with in the first place, that I didn’t even recognize myself. I knew I had a joyful, carefree, light-heartedly loving spirit and I knew I needed to be able to be fully myself, but I felt stuck in other people’s opinions.

The day I decided to throw other people’s opinions away was the day I became my best self. I like to think of change not only has a forward and backward movement but as a side to side one as well. It took a lot of shifting and adjusting and rearranging in order to finally move forward to the way I am today, but I certainly didn’t stay in the same place. I think learning to not only embrace change but to love it with your whole heart is the most essential part of being human. We live in a world where everything is changing constantly. Not only allowing change but reveling in it can lead to the creation of the best change we ever thought possible.

Change, when poisoned with outside opinion, is never able to reach its full potential. If we’re focusing on what others are thinking, we’re giving less attention to cultivating our own thoughts. I found that focusing on my passions and interests and thinking of those things led to the greatest changes I’ve ever had in my life, even though not everyone may see them in the same light that I do. Finally, I’ve learned to be okay with that, and that impresses me a lot.

Kassie Hsu
Baylor University
1051
Panda Whale
Here are 100 things I'd rather to than study. I know the semester just started, but
Featured