Why It's Important To Forgive People

Why It's Important To Forgive People

It's a lot easier said than done. 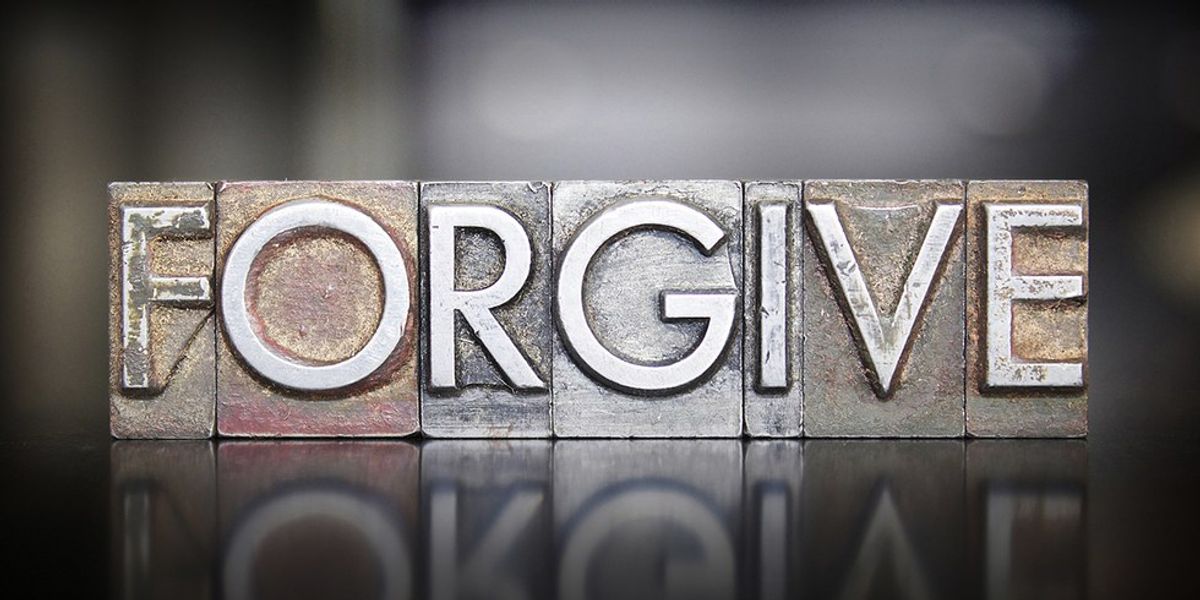 "Always forgive your enemies—nothing annoys them so much." - Oscar Wilde

One thing that has always gotten under my skin and in the depths of my heart, as a human, is bitterness. I can easily say that bitterness, hatred, and lack of forgiveness have taken over me as an individual before. It has hindered me and blinded me to things, both past and present. Not that it made me a bad person or driven me to make bad decisions, but it made my vision blurry and really created a negative toll on me every day, as it still often times can do.

I would much rather be set free than be held captive by that weight. It can be nice to clutch on to our hurt, so we have something justifying the way we feel, but more times than not, our opponent doesn't know we are resenting them. We give the silent treatment, we lose the trust, we dissolve our relationships with them. We hold onto these barriers that grasp us in hopes that they will disappear and we treat our wounds with replaying why this happened. We punish ourselves.

Forgiving someone does not mean that you have to like them, associate with them, or even continue where you left off. Forgiving someone and having confrontation, both with them and with yourself, allows closure to take place. There have been so many times when I couldn't decide if I was making a decision based on my lack of forgiveness to someone or if I was making it because I honestly felt that way. What I learned from this was that, my bitterness and lack of forgiveness wasn't helping make any choices in the long run. It was just holding me back from doing the right thing. And the right thing, whether I liked it or not, was to forgive them for wronging me.

Forgive them so that I could breathe.

Forgive them so that I could laugh and smile.

Forgive them so that I could sense peace over my life.

Forgive them so that I can be a better person.

Forgive them so that I can make better decisions for my own well being.

So, if someone has wronged you, taken advantage of you, or created a bitterness in you, forgive them. Not for them, but for you.

"To forgive is the highest, most beautiful form of love. In return, you will receive untold peace and happiness." - Robert Muller