The stories of women’s achievements are integral to the fabric of our history. 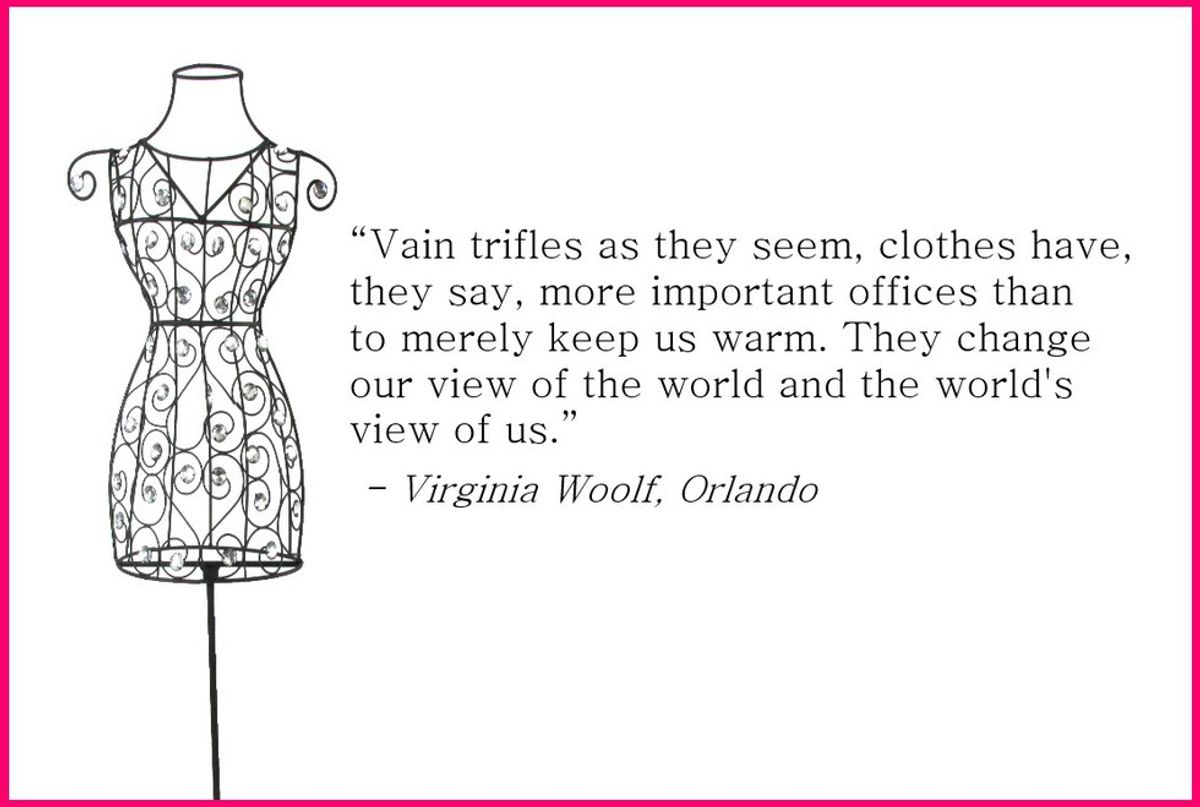 There is an idea, once heard, that clings to the soul as it continues to swirl in the minds of all people of this age, men and women alike. And it is this: The stories of women’s achievements are integral to the fabric of our history. For women, learning about the women in history and their tenacity, courage, and creativity throughout the centuries is an important and tremendous source of strength. Why is this important? Until recently, this sphere of women’s history was overlooked and undervalued and their achievements were too often distorted, disdained, and even denied. Knowing these women’s stories provides essential role models for everyone and that’s what society genuinely needs a lot of to face the ever-constant changes and overbearing challenges of this century. In the face of adversity, some great female writers to look toward would most definitely be Virginia Woolf and Kate Chopin, especially through their works, how they lived, and how they died.

First, let’s look at the similarities between the two. Kate Chopin and Virginia Woolf had a way of incorporating real life events and experiences into their writings that drew out strong emotions from their readers. Both writers had faced tragedies at different stages in the lives and found ways to write about the oppression women felt in their time. For example, Virginia Woolf detailed in some of her works how the lives of women in history were often overlooked in comparison to the lives of men. Her character, Judith, was created to show there was only a certain role women could play. Judith was severely chastised and beaten for her willingness to learn over getting married and eventually fades into obscurity when she commits suicide. Judith is used to be an example of the deliberate and unfortunate erasure of women’s contributions and potential. Kate Chopin, in one particular short story, uses the protagonist to discuss the lack of choice and freedom a woman had in her own life; she’s married off and the rest of her life is dedicated to what the husband and family needed her to do or to be, rather than having any kind of choice on how she wanted to live or who she wanted to be. The protagonist in the story, Louise, finds out that her husband is dead and mourns briefly before realizing that she is finally free. In the midst of her celebrating in this newfound joy of hers, she discovers her husband is alive and dies from ‘shock’ though it’s suggested with thick irony that it was from her joy of seeing her husband alive. It gave the phrase “So ‘happy’ she could die” a new meaning. Both women, in their writing, used their own style and voices to express their views on the oppression women faced and how women were generally treated.

Virginia Woolf was raised in a remarkable household with free-thinking parents and had three full siblings and four half siblings. She was a light-hearted and playful young girl until she was traumatized when her half-brothers sexually abused her at age six. Things continued to get worse for her when her mom died and she spun into a nervous breakdown that worsened when her half-sister, Stella, also died. In her four years of study of German, Greek and Latin at the Ladies’ Department of King’s College London, she was introduced to many radical feminists. When her father died, she was institutionalized and from then on she juggled literary expressions and her own personal desolation until she died many years later. Throughout her career, she established herself as both an intellectual and an innovative thinker and writer. Despite her success, her mental state did not improve. She continued to suffer from depression and mood swings and this eventually led to her unique death. Many writers are known for their depression that leads them to commit suicide. Virginia Woolf is no different, save for her method used for the act. Authorities found her body three weeks after she stuffed her pockets with stones and waded into the River Ouse, waiting to be carried away.

Kate Chopin grew up the second child of her parents and because of her mom’s heritage, was bilingual and bicultural – speaking both French and English. She attended the St. Louis Academy of the Sacred Heart and was mentored by her mother, grandmother, great grandmother, as well as by the nuns at Sacred Heart. Because of this, she wrote in a way that portrayed the deep bonds she acquired for these friends and mentors. She lost her father to a railroad accident the same year she first attended Sacred Heart and her great grandmother died almost a decade later. She later on married and had six kids – five sons and one daughter – before her husband, Oscar, died of malaria. Her mother died three years later and Kate moved her family back to St. Louis to give her children better education. As she got older, she started really working on her writing.

It took decades before critics fully grasped what Chopin had accomplished. In 1969 Norwegian critic Per Seyersted finally did her justice. Kate Chopin, he wrote, “broke new ground in American literature. She was the first woman writer in her country to accept passion as a legitimate subject for serious, outspoken fiction. Revolting against tradition and authority; with a daring which we can hardy fathom today; with an uncompromising honesty and no trace of sensationalism, she undertook to give the unsparing truth about woman’s submerged life. She was something of a pioneer in the amoral treatment of sexuality, of divorce, and of woman’s urge for an existential authenticity. She is in many respects a modern writer, particularly in her awareness of the complexities of truth and the complications of freedom.”

In 1904 Kate Chopin bought a season ticket for the famous St. Louis World’s Fair. It had been hot in the city all that summer, and Saturday, August 20, was especially hot, so when Chopin returned home from the fair, she was very tired. She called her son at midnight complaining of a pain in her head. Doctors thought that she had had a cerebral hemorrhage. She lapsed into unconsciousness the next day and died on August 22.

Truthfully, I believe that the “Great Women Authors” of our time are deliberately made an afterthought, that they are often deliberately written out of history and are only presented to those who look for them or have those teachers who intentionally bring them up. (These teachers are ultimately the best kind of teachers and not just for this reason.) Great women writers are reserved for the more open-minded academic classrooms, they’re reserved for the book lovers who type “great women authors” into their Google search. They weren’t very much a part of my classroom growing up and for those who aren’t lucky enough to go to college or to go to a college where women are considered equally important to literary history, you may never hear of them; and that's damn shame.

Nicole Marie Nigro
Individual Creator
9276
c1.staticflickr.com
Where to start...... Let me start with the cliche that life throws us curveballs and what we do with it is what counts.