The Importance Of Memorial Day

It's not just a day, it's a celebration. 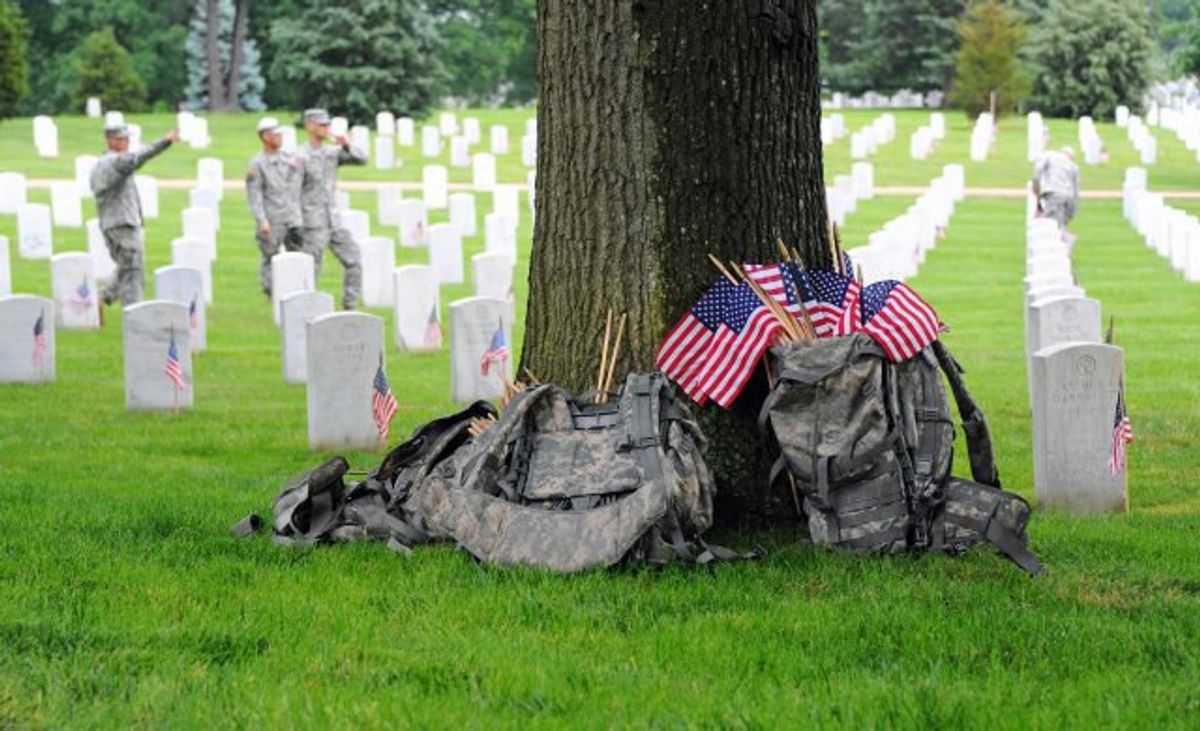 "Land of the free and home of the brave."

As Americans, these are simple words with powerful meaning that have been engraved into our minds since we could walk. They're a sign of integrity, dedication, and courage that so many have taken on the fight to serve. Did Francis Scott Key imagine the power of those words when he wrote the eight-stanza poem that is now the nation's anthem in 1814? I wouldn't know, but what I do know is that we have come to learn the importance of freedom in this land.

The last Monday of May for many is the kickoff to summer, a day off work, the Indianapolis 500, or a day of family time. For others it is a day of remembrance and celebration. It’s not just a day full of parades and patriotic colors but a day of honor to those who have given up their life to serve our country. It's A day that has roots back to the War Between the States. Men and women from coast to coast and north to south gather around to salute a day of rich history and tradition which the President or Vice President put a wreath at the Tomb of the Unknown Soldier and soldiers put flags on the graves at Arlington National Cemetery. For years, many towns say they started the day of remembrance from New York to Mississippi and all between, but at the end of the day it’s not about who started what but why and what we are doing. It’s not just day that happens once a year but something we remember every day. The rich history behind the day is just the beginning from when General John Logan declared the first Memorial Day in 1868 which was then called Decoration Day due to the fact it was not on a day of any other battle and honored Civil War soldiers. In 1966 President Lyndon B. Johnson then made it an official day to honor all fallen soldiers from past, present, to future wars. It’s a day of remembrance for those who have one to battlefield for our country, protecting our country where families, friends, veterans present and future soldiers gather around to remember the loved ones who have served. It's not just a day for the family to gather around and clean up the family cemetery and love those around us.

It is a day that all over the nation people gather together far and wide to celebrate those who are no longer with us, traditions and rituals true to our roots from having the flag at half staff until noon on Memorial day, flags being placed at the graves of fallen heroes, while recently a new tradition has been put into effect where people are asked to stop around 3 p.m. for a moment of remembrance. Whether you are on the lake or watching the Indy 500 on the couch, let's take a moment and thank those who have brought us here today.

To the family, friends, past, present, future soldiers, thank you for all you have done. Today is a day to gather around and remember not only what we have lost but what we have earned--the love, the truth and grace of those who have fought.

To those not with us today, thank you for your sacrifice.