If You've Never Watched Anime Before, Here's Where To Start
Odyssey

If You've Never Watched Anime Before, Here's Where To Start

I've compiled a list of great "gateway" anime that are easy to get into, and will have you hooked in just a few episodes. 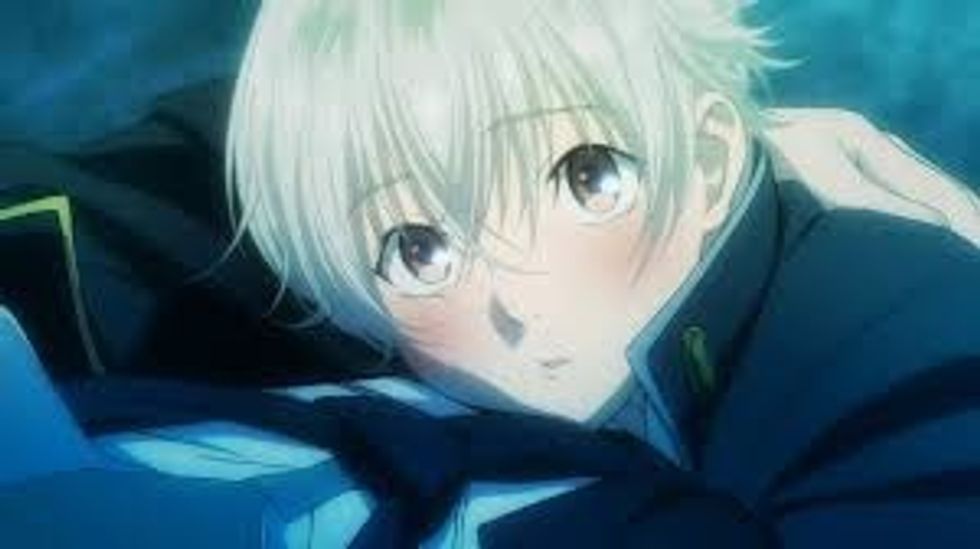 One great thing about anime: it's SUPER easy to binge watch! With many seasons only being 10-20 episodes, and each episode only being about 25 minutes, you're sure to fly through them. If you've never watched anime before and aren't sure where to start, this list is for you. I've personally watched all of these, and would recommend them to anyone. Honestly, I now prefer watching anime to regular TV shows. Call me a weeb, sure. But TBH, most of them are even better than Netflix shows...yes, I said it.

This one is a classic, and it is actually the very first anime I ever watched! The basic premise is that a new virtual reality system is developed and released, but then when millions of people start to play it, they get stuck inside the game and have to battle their way out of it. The catch is, the VR system links to your real brain and body. So, if you die in-game, you die in the real world. It sounds pretty intense for a starter anime, but trust me, it's worth the watch.

This one is super lighthearted and fun. It basically portrays the inside of your body with cute characters! The red blood cells, characters with red hair and red hats, deliver the oxygen and CO2 back and forth like Amazon or UPS. The white blood cells, portrayed by people with white hair and all-white outfits help fight against germs and viruses. There is a character for basically every function. Each episode, there is a virus that infiltrates the body, and we get to see all the characters working together to defeat it. Super cute and fun, right?

No Game No Life

This anime is about two siblings who are huge gamers. They work as a team and are basically prodigies in every game they play. One day, they get transported to a world where everything is decided by games- of course. Need money? Challenge someone to a game of chess. You can cheat, but if you ever get caught, it's bad news. This anime seemed to end pretty abruptly though, as if it was supposed to have another season. But, its pretty short and sweet, and it entertained me.

Your Lie In April

OK, this one will probably make you cry (if you usually cry at TV shows anyway). Kousei, who was once a prodigy piano player, gave up his piano playing after his mother passed away. After her passing, he could no longer hear the notes he played on the piano. He would play and play, but all he could hear was the thumping of the keys. One day, a new girl moves into town who plays violin. Long story short, she starts his journey to getting back to being a beautiful pianist again. If you're into music at all, this one is definitely for you. It also deals with a lot of mental issues like abuse and depression. 10/10 would cry again.

This one is a supernatural crime drama. Light, the protagonist, finds a mysterious notebook that once belonged to the death god, Ryuk. I won't spoil anything else, but let's just say it's definitely not a normal notebook. This one is interesting though because you get to see both sides of the story. The viewpoint of the criminal, and the viewpoint of the police and investigators trying to catch them. It's a bit more intense than the others on this list, but has a great plot with a lot of twists.

The Disastrous Life of Saiki K.

This anime actually recently got a sequel, which I am very excited about! Saiki, the main character, is a very powerful psychic-- but, he doesn't want anyone to know. In fact, he doesn't like to be the center of attention at all. This one is a comedy anime that got a lot of laughs from me. Saiki is very sarcastic, and his commentary is the best part of the show.

This one is one of my favorites. Haruhi has just joined a very prestigious school, while she herself doesn't have very much money. She accidentally runs into the "host club" which is basically a group of guys who entertain the ladies in a polite, sophisticated way. Haruhi ends up owing the club a huge sum of money after an accident, so she ends up joining the host club. Here's the funny part- the guys in the club think that Haruhi is a guy at first, so they let her join the club to pay off her debt. Of course they realize later that she is a girl, which means she still has to finish out the show dressing and acting like the other guys. Oh, and by the way, Haruhi's dad is a professional cross-dresser!

This one is a "mecha" anime, which means it features huge robots that are piloted by the characters. There are a lot of mecha anime out there, but this one is from the 90s and has stood the test of time. The world is being attacked by violent creatures known as "angels", and Shinji's father is the leader of the defenses. The Evas, the giant robots, need pilots- which means that Shinji has to reluctantly join the crew. This one is also a bit intense at times, but has a lot of mystery and good subplots. This one also has a few sequels that are on Netflix.

Gargantia On the Verdurous Planet

This one is pretty short and lighthearted for the most part. The real twists don’t come up until the end. Ledo, a pilot of another mecha robot, has been fighting in a war in space. One day, he crash lands on Earth- a planet that his kind thought had disappeared. It hadn't disappeared, but it was instead covered in water. The humans all live on huge ships and have fleets of them all hooked together. He learns a lot about their culture and language, and some dark secrets about the past.

Last but not least, this one is about a group of kids who are basically trapped in a version of purgatory that lets them complete tasks they couldn't complete while they were alive. Angel, thought to be the antagonist at first, is there to keep them all in line and order. However, they discover that Angel is not who she seemed at first. The characters have a choice to make: do they keep living in this purgatory where they can basically do whatever they like, or do they complete their tasks and move on to the next life? P.S.: this one will probably also make you cry.

And there you have it! A list of 10 anime that are great to start with if you've never watched anime before. If you're from anywhere but Japan, anime can seem a bit odd at first, but it's definitely worth getting into! There are so many unique characters and plots out there that you just don't see in regular TV.