If You See Something, Say Something
Odyssey

If You See Something, Say Something

Somebody's mom will thank you for it. 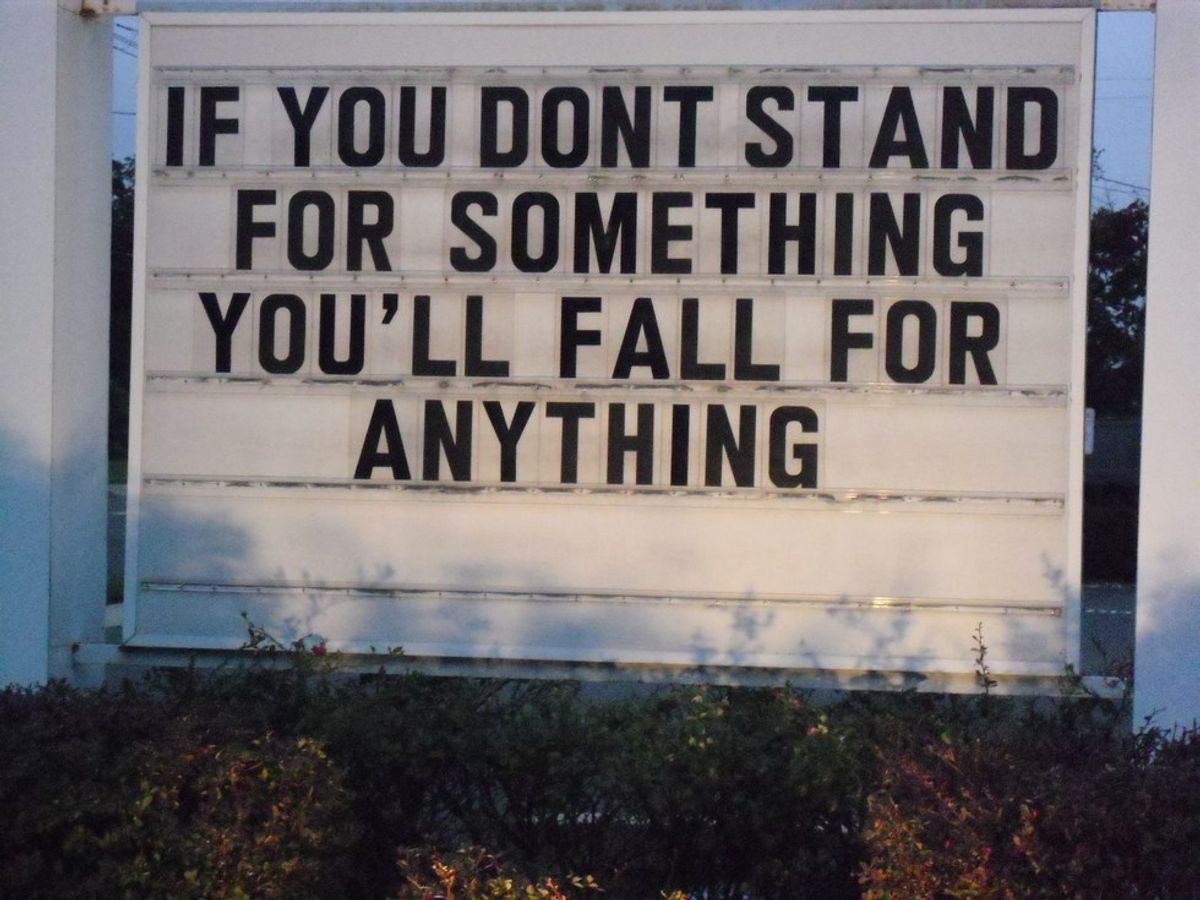 There’s a long political history of whistleblowers being vulnerable to the public, facing reprimand for their otherwise brave and morally upright actions, and essentially becoming targets for standing up for their values. It’s ironic but sometimes speaking out when people around you are up to no good makes you the subject of persecution. In similar fashion, there’s a social stigma to doing just that in your own group of friends.

College is a pretty “figure it out yourself” type of ordeal. It’s a place where young adults become young adults. This said, mistakes happen. I find that the gravity of such mistakes really depends on how you were raised.

There are good people who allow their insecurities to incite poor behavior with their peers or those who allow the wrong individuals into their lives and then there are the human beings who humiliate or bully others by crossing serious boundaries to feel better about themselves. I think these degrees of mistakes showcase a grave difference in how either types of people were raised and I cannot fathom how any parent would not notice when their child lacks a certain level of humanity or compassion that would lead them to cause physical harm to another person.

Most people who were raised right will still make mistakes. This can include fights among friends, being petty to people you don’t like, mornings where you might come off as rude when you’re really just tired, and lies you might tell for your own benefit. You might come to recognize these actions as mistakes later on but you learn from them and you always know right from wrong. Without belittling the negativity that these actions can spread, you know it’s not as serious as being the cause of someone else’s suffering or humiliation.

This is where I question the households that raised the type of people capable of going to extremes. These are the people who use social media to post videos or pictures intended to embarrass a person for laughs, the ones who don’t recognize their actions at a party as sexual assault, risk someone else’s life by driving drunk, or publicly normalize racial slurs.

These people are not simply immature or selfish, they are young adults and should know better.

It’s hard to imagine that the same people who drive drunk on the road next to a family of four or laugh at the blatant sexual assault of a friend had the same childhood and upbringing I had but after seeing this type of behavior from people I used to be friends with, I learned that it’s not always as simple as blaming the parents. Many of the parents I know who raised the kids who did these things are good parents, which makes it even scarier in my opinion. These kids had one or both parents present throughout all of their lives and either excuse their nasty behavior or choose their harassers over the ones who defended them. It seems like a stark contrast from the strong, independent, and respectable person their parents tried so hard to raise.

In a lot of ways, it’s sad to see and brings out a backstory for the support of an important campaign: if you see something, say something.

Despite originating as a national campaign for the prevention of terrorism, it has been adopted on college campuses as a tactic against sexual assault, bullying, suspicious activity, etc. It’s important to stick together as a community and participate in not only the safety and wellbeing of each other as a whole but also individually. I don’t know any person deserving of being treated as anything less than a human being.

We can’t afford to skip out on this role anymore. Allowing anyone to get away with casual drunk driving or any attack, whether verbal or physical, will set the precedent that normalizes that kind of behavior. We’re in the middle of a national transition, lets allow the incoming changes to provoke another in the way we handle unacceptable behavior. Stand up to it. If you see it, say something. You can be direct or discreet, just don’t allow disrespect or malice to become a normal part of growing up for the next generation to come.

Nobody wants to be the “snitch” but somebody’s mom would thank you for it.

Caitlin Marie Grimes
University of South Florida
2521
Beyond The States