If Characters Of 'The Office' Were On Sorority Exec

If Characters Of 'The Office' Were On Sorority Exec 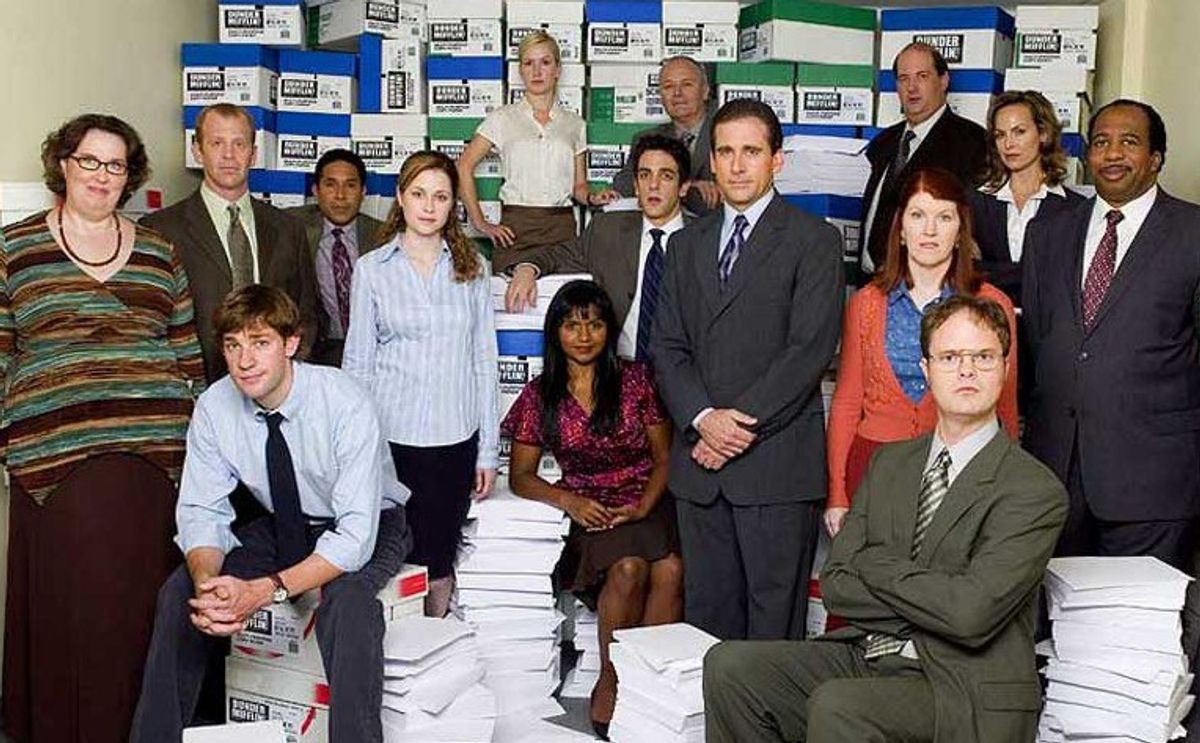 When Jim has his mind set on something, he intends to do whatever he needs to in order to get whatever it is he wants (*cough cough* Pam), so it's no surprise that he applied that same passion towards his chapter and landed the title of President. Most of the chapter loves him, and he isn't fazed by the very few haters who believe he isn't cut out for the job (Dwight). He's the stand-up kind of person anyone would want as the face of their sorority.

Dwight's love for teaching his peers about rules, expectations and just overall random facts landed him the position as New Member Educator. He knows everything from what not to post on Instagram so you don't get sent to Standards to who, when and where your sorority was founded. His two favorite sayings to get his point across to the new pledges are, "Learn your rules! You better learn your rules, or you'll be eaten in your sleep," and "Before I do anything, I ask myself, 'Would an idiot do that?', and if the answer is yes, I do not do that thing."

Phyllis is always one to get the job done. She makes sure attendance, points and meetings run smoothly, and even though she's sweet enough to calmly let the girls of the chapter transition into the new attendance policy, no matter how stressful it may be, she isn't afraid to crack down on the girls breaking the rules.

Oscar lives up to his stereotype by having great taste. Everyone in the chapter knew he'd be able to pick out a great pair of new curtains or a stylish couch for the living room without a problem, making them have the best looking house on the row.

Angela is good with numbers and even better at verbally attacking people enough to get them to pay their dues. She doesn't let a single cent go unnoticed, and no one in the chapter has the guts to try and sneak their way into formal without paying their dues with Angela in charge.

Everyone always blames Toby for ruining their fun, and no one in the chapter tries anything the least bit scandalous around him in fear of getting called to Standards. He really is just completely misunderstood and wishes everyone would realize that what he does protects the chapter from being shut down (or worse, canceling an exchange with Kappa Sig).

Jan is the ultimate busybody, having to run from office to office to relay information which made her the perfect candidate to be Panhellenic Chair: someone who is always meeting with the other sororities to keep in touch. Plus, her confident personality lets everyone know that her chapter is the best on the row.

Operations is all about making sure the chapter is running smoothly, like keeping track of everyone's grades and encouraging people to live up to their chapter's standards. Darryl has always had to make sure someone (Michael) isn't doing something to jeopardize the chapter.

Michael Scott has always striven to be a giving person, from wanting to raise money at Casino Night for "Afghanistanis with AIDS" (not aid to Afghanistan) to Scott's Tots, a group of kids Michael promised at the age of 9 that their college would be paid for (only to tell them at the age of 18 that he can't pay for them). OK, so maybe he's not completely successful, but Michael has a charitable heart which made him the perfect person to take the Philanthropy Chair position.

Everyone knows that Meredith knows how to have a good time. She always has connections to the best venues and the best bands, and she makes sure that every event is so incredible that fraternity boys beg their friends to set them up for the next one.

Everyone who meets Pam Beesly absolutely adores her. She has a certain charm that makes her one of the most trusted people in the chapter, and a lot of trust goes into the girl in charge of getting the best of best on the chapter's lawn on Bid Day. Plus, she's a great match to President Jim Halpert, and everyone knows the sorority's president and recruitment chair need to mesh well during the recruitment season.