Miami attempts to hit their stride with tough schedule coming up. 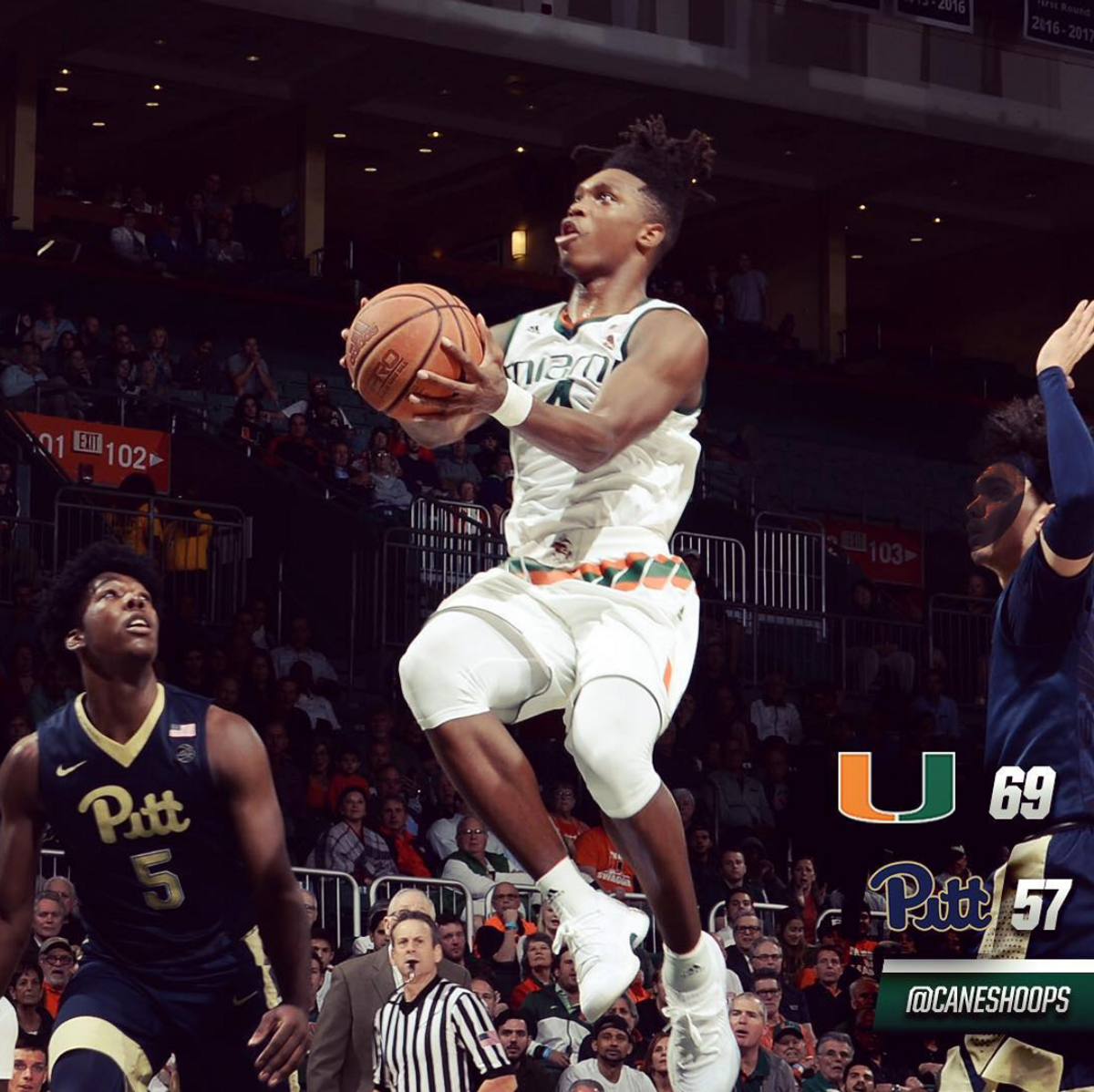 Miami bounced back from its overtime loss against Florida State with a thorough victory over Pitt. The Hurricanes also won despite missing guard Bruce Brown Jr. (out for six to eight weeks). This was due in large part to Lonnie Walker IV who led the Canes with 16 points on 4/10 shooting. Fellow freshman Chris Lykes also had an impressive outing as he had 13 points and a team-high 5 assists. It was a solid win for a 16-5 Miami team that is looking to find its rhythm as we get closer to March.

The Hurricanes used their home court advantage to help them jump out to an early 15-7 lead. Once the Canes grabbed the lead, they never looked back. Ebuka Izundu finished a strong dunk to give Miami a ten point lead with ten minutes left in the first half. The Hurricanes would control the game for the rest of the half, eventually going into halftime up 34-25.

After halftime, Chris Lykes came out and immediately used his quickness to shake his defender and find a cutting Anthony Lawrence under the basket. On the very next play, Lykes once again shook his defender with a crossover before finding Dewan Huell under the basket. This gave Miami a 13 point lead, which would be their largest lead of the game.

Pitt tried to respond to Miami, but did not have enough firepower to keep up. Jared Wilson-Frame (Junior guard) seemed to always score baskets to keep the game close. When the Hurricanes were up 43-41 with just over ten minutes left in the game, Wilson-Frame made a three to silence the crowd and give the Panthers the lead.

But, the crowd would not be out of the game for long. The Hurricanes responded by going on a run, capitalized by Lykes finding Lawrence open once again for an emphatic dunk. The following play, Lykes decided to take it himself on the fastbreak and finish with a scoop layup. This gave Miami an eleven point lead and effectively put the game out of reach for Pitt.

This was a very solid win for Miami, especially considering it was their first game without Bruce Brown during this upcoming six week stretch. They will look to continue their success Friday, when they face 16-6 Virginia Tech.

What I Mean When I Say I Love Color Guard

Nine Stereotypical Types Of Relatives You Encounter On Thanksgiving