6 Ways Young People Can Be Agents For Change

6 Ways Young People Can Be Agents For Change

Change starts with an idea and the will power to put that idea in motion. 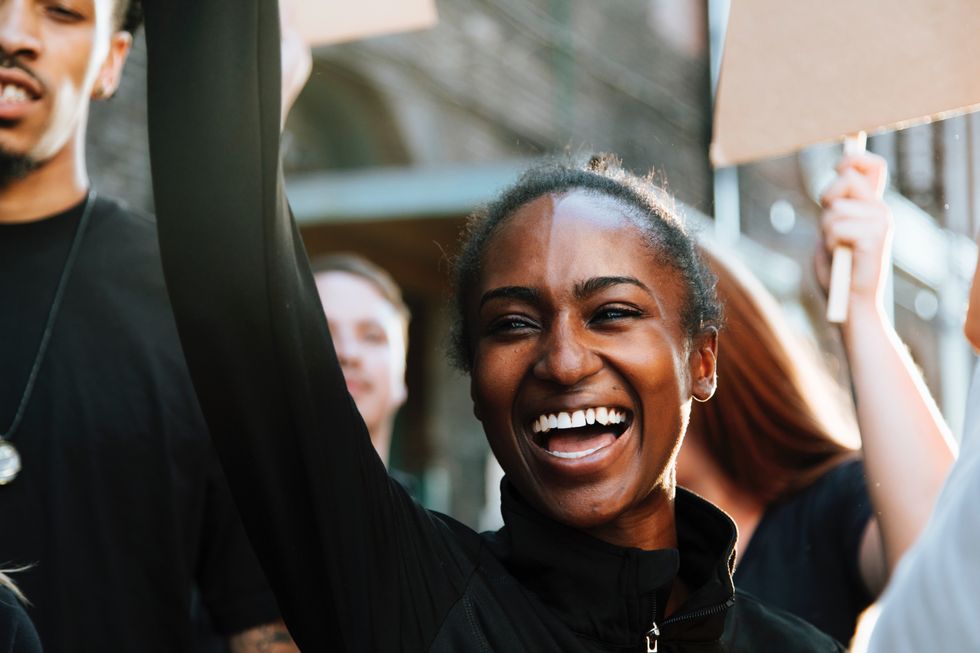 In June of 2018, I started organizing for one of the most contentious Senate races in the country. Arizona was one of few states in the national spotlight and was considered a "purple" state. I, along with dozens of other organizers across the state were tasked with building programs in our regions to reach people that were either disenfranchised or were low turnout voters. We wanted every voice heard in the midterms. We needed everyone to vote.

The days were grueling. I worked 100 days, anywhere between 10-14 hours a day, seven days a week with four days off… one day a month. Most people will say that's crazy and I do not disagree, but those people do not understand the "why" behind being a full-time student and a full-time organizer. The "why" for me was simple — I did not and still do not agree with the direction our country is going.

I live for doing something fulfilling with my life, and what felt right at the time was removing myself from my social life, putting school on the back burner, and doing something, not for myself, but for my friends, family, and anyone I felt did not have a voice but wanted one. I decided to make an impact.

Over the course of 4 months, my incredible team of interns and volunteers registered over 500 new voters, knocked on more than 15,000 doors and made over 20,000 phone calls in Tempe alone. Congressional District 9 which encompasses Tempe, Ahwatukee, and parts of Chandler and Gilbert, all suburbs of Phoenix, saw historical voter turnout. In fact, the entire state of Arizona saw record turnout. The statewide team I had the privilege of being on elected the first ever woman to the US Senate to represent Arizona, but it was not as simple as throwing a tweet out onto the Twittersphere.

Here are the things I learned about making change:

1. Kill the Urge to Take to Social Media to Voice Something You Feel is Important

Twitter is my favorite place to go when I'm on my phone, but the presence of political opinion has grown since our Idiot in Chief took office. My advice to you is to refrain from putting your personal political opinion out there. You cannot rationalize a complex sociopolitical issue in 280 characters, you are not going to change anyone's mind on a particular issue, and quite frankly, no one wants to see it. The best way to state an opinion about anything regarding politics is by having a dialogue or writing about it. Do your best to get all sides of an argument. Be informed. Do not make the mistake of letting a narrow 280-character rampage define you or your opinion.

The most integral step I took which actually inspired me to get involved was educating myself on the issues. I do not watch the news. I read articles from credible sources, I fact check what I read, and I think about it. Unfortunately, the current administration has destroyed the integrity of American media, and some sources only present a narrative of an issue that fits their agenda. To grasp the full picture of an issue, you must look at multiple sources. It also helps to take classes that challenge your own convictions and that ask you to think critically about contemporary issues.

Creating change means getting involved in a movement. Go to a protest, attend a community meeting, sit in on panels or legislative hearings. Understanding your community alongside learning about the issues helps paint a picture of what is important within a five-mile radius of where you live your day — to — day life.

Change is not going to happen overnight. Community change may take six months, one year, maybe five years. Change at a national level will take decades. You cannot change the way 100,000, 4 million, 300 million people live overnight. Creating change starts with being involved in your community.

5. Be unapologetic about what you do and who you are

When you start creating change, you become a leader in your community. It is inevitable that you will make mistakes. My run as an organizer was jam-packed with screw-ups from miscommunication with volunteers to mismanagement. The best thing you can do is learn, move forward, and do everything knowing that you are making a difference.

6. Take care of yourself

The most important aspect of you as an agent of change is… YOU! When you get involved in movements, campaigns, coordinating events, etc., you subject yourself to unquantifiable loads of stress, you will get anxiety, you will see and hear things that bring you all the way down, and you will want to give up. Keep trekking along, keep your head up, and once you achieve your goal, take a break. Check in on yourself. Then do it again!

Dr. Martin Luther King Jr said "Human progress is neither automatic nor inevitable... Every step toward the goal of justice requires sacrifice, suffering, and struggle; the tireless exertions and passionate concern of dedicated individuals." Your perspective on justice comes from your perspective on the world. When you wholeheartedly believe in something, do it. When you wholeheartedly disagree with something, do not take to a platform where your opinion is not appreciated… Do something about it.

Related Articles Around the Web
politics
Report this Content
This article has not been reviewed by Odyssey HQ and solely reflects the ideas and opinions of the creator.