How We Rescued a Cat And He Rescued Me
Odyssey

How We Rescued a Cat And He Rescued Me

One day, a cat showed up out of the blue and chose us. 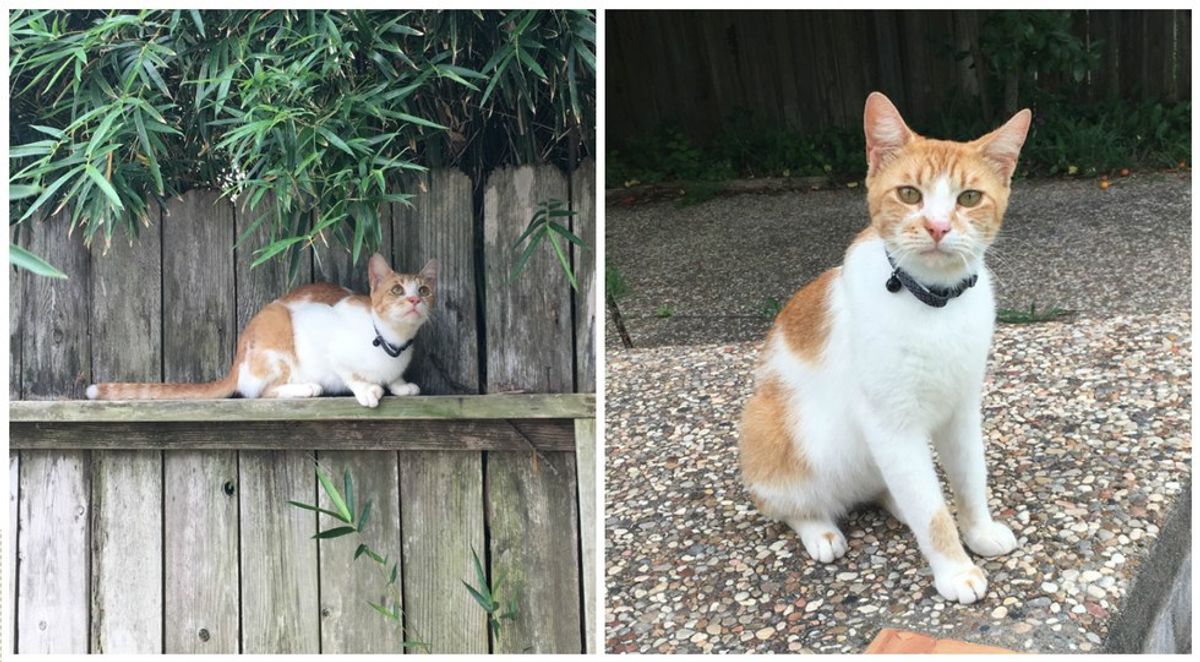 On my 20th birthday, an abandoned cat found my family. We already house a rescue dog and had little thought of a cat, but perhaps it was meant to be. He was already potty-trained and rather starved for love, attention and a good meal (or five). We gave him food and shelter out of the place inside us where human decency resides. Now, Aslan is the sixth member of our family.

For those who follow my Snapchat, you’ve probably seen your fill of pictures and videos of him. A cat is a new experience for me, and Aslan often displays cute and inexplicable behavior that I find the urge to document. It’s that same impulse that drives new parents to take countless baby photos. But that’s not what tugged at my heartstrings when he first showed up on our doorstep. What broke my heart looking at a sweet and scrawny cat was the fact that he was so clearly abandoned by his previous owner. He knows to use the restroom outside. He meows at the door to be let in. He loves being petted and cuddled. He won’t go anywhere without me following close behind him. Without a doubt, he once lived with people.

When Aslan came to us, I called every shelter and animal clinic in the area, asking if anyone had reported a lost cat. All answers were negative. We’ll likely never know the circumstances that led Aslan to be abandoned by his people. Perhaps they moved away and left him behind. Perhaps they encountered health problems and failed to make arrangements for their pet to be taken care of. Perhaps they decided they were done with him, drove him to our neighborhood and tossed him out on the street. Many stray dogs and cats find themselves in our area because misguided people believe our middle-class suburban population has the means to take care of abandoned pets, the soft hearts willing to let them into our homes. They’re not wrong, but that kind of logic makes my blood boil.

I’m glad he found us. I truly believe it was providence. Here we were, a family with no desire for a cat, and in walks one that has already been trained and simply desires a home.

And Aslan has already become such a blessing in my life. Maybe it just speaks to the fact that I’m not a responsible adult, but I always tend to get in a rut at the end of a semester. After finals, I’m tired and completely burnt out, not a unique phenomenon among college students. When I come home, I think I’ll automatically unwind with the end of school, but what actually happens is that I continue to feel the effects of hitting what seems to be my all-time low. I’m questioning myself, beating myself up for not handling stress and deadlines well, for not studying harder, and for not living up to my own expectations. I watch TV into the late hours and sleep in until noon as if I don’t have a care in the world, but inside I’m worried sick about grades and picking apart every regret of the semester. Yes, I realize that I’m a perfectionist and a worrywart, but that knowledge doesn’t lessen my anxiety.

Aslan somehow showed up at the perfect time. With a new addition to our family, wallowing the day away was not an option any longer. He needed love and reassurance. He needed to be integrated into our household. So, instead of staying in all day, I played with him, encouraged him to explore the outdoors (I get the feeling he used to be an indoor cat) and held training sessions to help him and our dog get along (still a work in progress). I felt myself begin to relax. I was reminded of the little things that make life good: the feel of a summer breeze, the green of prospering trees, the wagging of a dog’s tail, the purring of a contented cat. I was lifted out of my navel-gazing and into a world where I remembered to think of others and their needs.

Maybe it sounds cliché, but I know Aslan came into our lives for a reason. He’s quirky and friendly, adorable and charming. He presented us with an opportunity to save a life. We provided him with a home, and he filled a hole we didn’t even know was there.

We rescued a cat, and in return, he rescued me.

Glorie Martinez
143
Why I Write On Odyssey