How Tumblr Has Ruined My Sense Of Humor
Odyssey

How Tumblr Has Ruined My Sense Of Humor 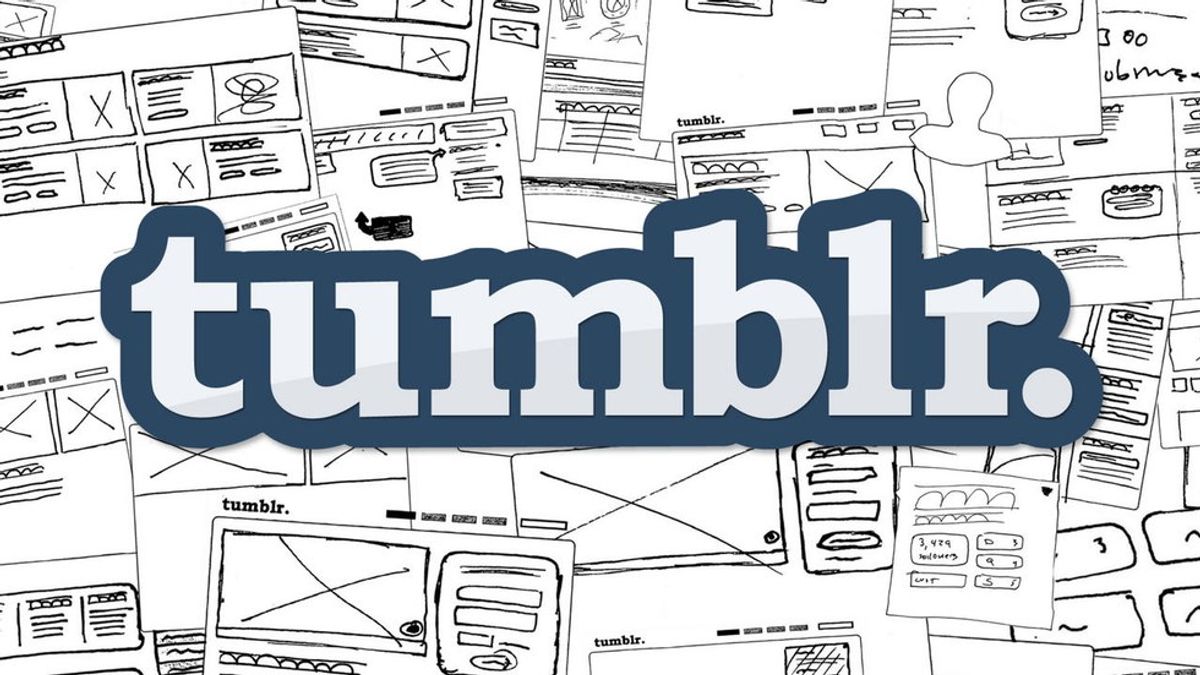 Tumblr has become a creative outlet for people to connect through art and common passions. People make blogs dedicated to TV shows, bands, celebrities and more. They post political slurs, art, stories and photos, allowing people to connect with each other over the things they are most inspired about. But out of everything Tumblr offers, I think the thing that really gets me is the humor of its users. From “night blogging” to memes, Tumblr has destroyed any good sense of humor I had, and replaced it with puns, dumb jokes and things so relatable that you can’t help but chuckle.

1. Tumblr’s humor ranges from dark and dry humor, to absolute moronic nonsensical stuff. This is an example of the latter.

I laughed so hard at this one, it’s embarrassing.

2. I must warn you though, Tumblr users can get so crazy they have started wars. One noteworthy moment on the site is the outbreak of “World War Tea.”

3. However, despite all the bickering that can occur, most Tumblr users can all agree when it comes down to the education experience.

4.There are even times when Tumblr users show genuine concern for one another.

5. Tumblr users become passionate about their fandoms. This also includes religion, yes religion. Here we have a deep discussion about the “Jesus Fandom.”

6. Tumblr likes to believe it’s at the forefront of social change. Tumblr is also the home to some of the best plot twists in history. Here we see both of these in action.

7. Remember when we solved math problems in middle school about that guy buying 50 watermelons? Well Tumblr found that guy:

8. There was also the time that Tumblr tried to give advice on making new friends…

As expected, it didn’t go too well...

9.If you’re bored, you can always find a short humorous story or anecdote when you are scrolling through Tumblr as well. This one is one of my personal favorites.

I mean, come on, 100 calorie Oreo snacks are pretty exciting.

10. Remember when I said there was dark humor on Tumblr as well? Well here it is.

Dear God, why is this funny to me Tumblr? WHY?

11. On the other hand, puns are not uncommon on Tumblr either. In fact, some of the best puns I have ever seen have been through this site. But sometimes, the point of the pun is sadly missed…

12. Here’s an example of a pun gone right

13. Through all this nonsense though, Tumblr never forgets the importance of family.

14. Tumblr can also be used as an educational tool. Tumblr users like to quote famous historical figures in their posts:

15. Tumblr is filled with a bunch of adult-children, honestly. So occasionally, you will run into a post about adulthood… and how terrifying it is.

16. Also… speaking of relatable posts on Tumblr, there are many types of people on Tumblr…

All of this is true, including the Florida part for me.

17. Of course, there are plenty of posts about sleep deprivation as well. After all, half of the users waste their potential sleeping hours on the dang website.

18. And the sleep deprivation continues...

19. There are also some amazing moments when Tumblr blows your mind (while simultaneously making you extremely frustrated).

20. However, at the end of the day, though there are times when Tumblr gets a little crazy, it can get surprisingly inspirational as well.

So honestly, this is just a glimpse of the black hole Tumblr becomes. It sucks you in with bad puns and relatable (yet sometimes weirdly inspirational) posts. If any of you found this half as funny as I did, then I suggest you check Tumblr out. If you didn’t find this funny… well that just goes to show that Tumblr truly has ruined my sense of humor. Happy blogging!

Kassie Hsu
Baylor University
905
Panda Whale
Here are 100 things I'd rather to than study. I know the semester just started, but
Featured