How To Start Exercising Again After Taking A Long Break

8 Tips For Getting Back Into The Routine Of Exercising

How to start exercising after a long break. 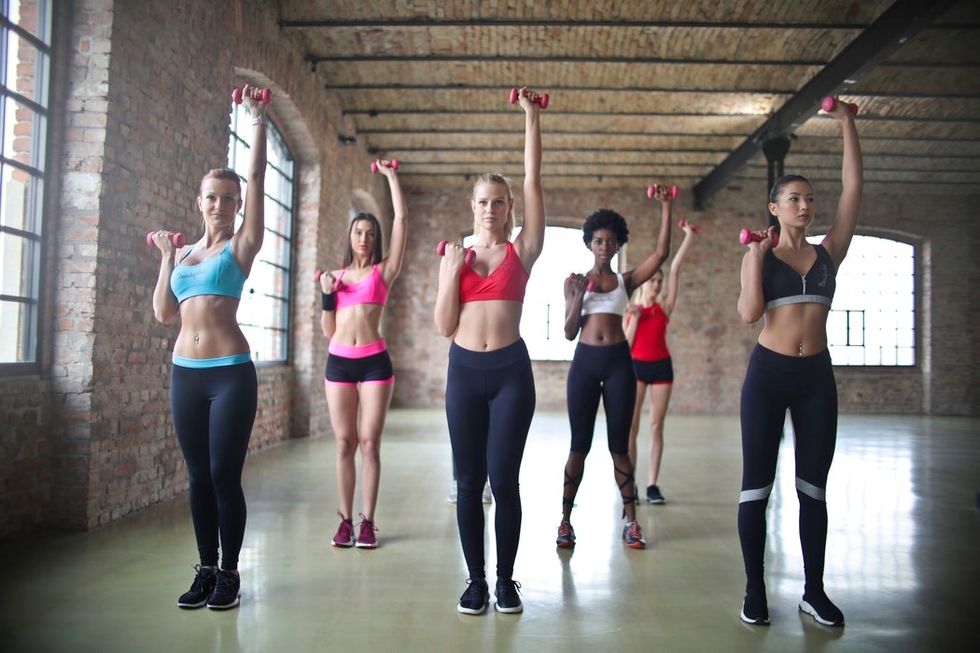 Exercising is one of the most popular things to do during the summer. With being able to do more outdoor activities involved with exercises such as riding a bike, jogging, or swimming you would think that it would be easy to start during the summer.

However, if you're like me and love to exercise but have barely any time to go to the gym during the semester, you probably are likely struggling to find the motivation during the summer. And if you have a summer job, it can be extremely hard to find a day when you have enough energy to exercise. However, there are a few ways that you can help yourself get back into the routine of exercising regularly.

Here are eight tips that you can use to ease yourself into exercising regularly over the summer!

1. Start Small Than Gradually Build Up

If you are coming back from a break from exercising, you'll need to start with a small exercise routine. You won't want to start lifting heavy weights or doing a hard core workout the first day back. Instead, start with something light such as walking or swimming. Remember that you haven't exercised in a long time so you're not going to be in the same shape you were before exercising.

Another thing that a lot of people often do wrong is making unrealistic exercise goals. Make sure that when you are making goals for yourself that they're something that you can achieve. Don't make goals such as doing 100 push-ups every day when you haven't done a push up since the beginning of the year. Instead, make a goal that's small but achievable such as spending 30 minutes each day on the treadmill.

Also, don't make a goal that's too vague such as trying to lose weight. Instead, set a performance related goals such as running on the treadmill at a certain speed for a number of minutes.

5. If You're Busy, Make A Workout Schedule

If you feel like you're too busy during the summer, try setting aside time to exercise. For example, if you're going to work, try taking the stairs instead of the elevator. Or if you're driving to work, park further from the building so you can walk more. You can also try carrying a planner and marking time for when you can exercise. You don't need to spend hours working out but spending as much as 30 to 45 minutes a day can help you.

6. Find Someone To Workout With

It helps if you can find a friend or family member to exercise with! Working out with someone will really help to keep you motivated to exercise over the summer. Plus, it's a lot more fun when you can do it with someone than when you go by yourself since you can have someone to socialize with.

7. Don't Break Out of Your Routine

What a lot of people struggle with when they start exercising is that they have a hard time keeping up with it. If you start getting into a routine, don't break out of it. You can take time in between exercising to let your muscles rest to avoid injuring yourself. However, don't start taking weeks off of exercising. Once you stop your routine, you're going to be back at day 1 where you'll lose any progress and you'll have a harder time starting again. So make sure that whatever you do each week that you stick with it.

Finally, when you are exercising, try to give yourself a reward when you accomplish a goal. If you're trying to lose weight, then I don't suggest trying to eat junk food as a reward but rather something such as giving yourself a moment to relax. Or you can reward yourself by enjoying a certain beverage that you enjoy.

So instead of trying to find excuses not to get back into exercising again after a long semester, you can use these tips to get back into it! Exercising can be hard when you've gone months without it. However, once you put your mind to it, you'll get back into the shape you were before you took a break.