How The University Of New Hampshire Chose To Waste An Alum's $4m Gift
Odyssey
CurrentlySwoonLifestyleHealth & WellnessStudent LifeContent InspirationEntertainmentPolitics and ActivismSportsAdulting
About usAdvertiseTermsPrivacyDMCAContact us
® 2023 ODYSSEY
Welcome back
Sign in to comment to your favorite stories, participate in your community and interact with your friends
or
LOG IN WITH FACEBOOK
No account? Create one
Start writing a post
Student Life

I doubt any student will look back in ten years and say “man, that video scoreboard - that really impacted my experience at UNH in a meaningful and beneficial way.” 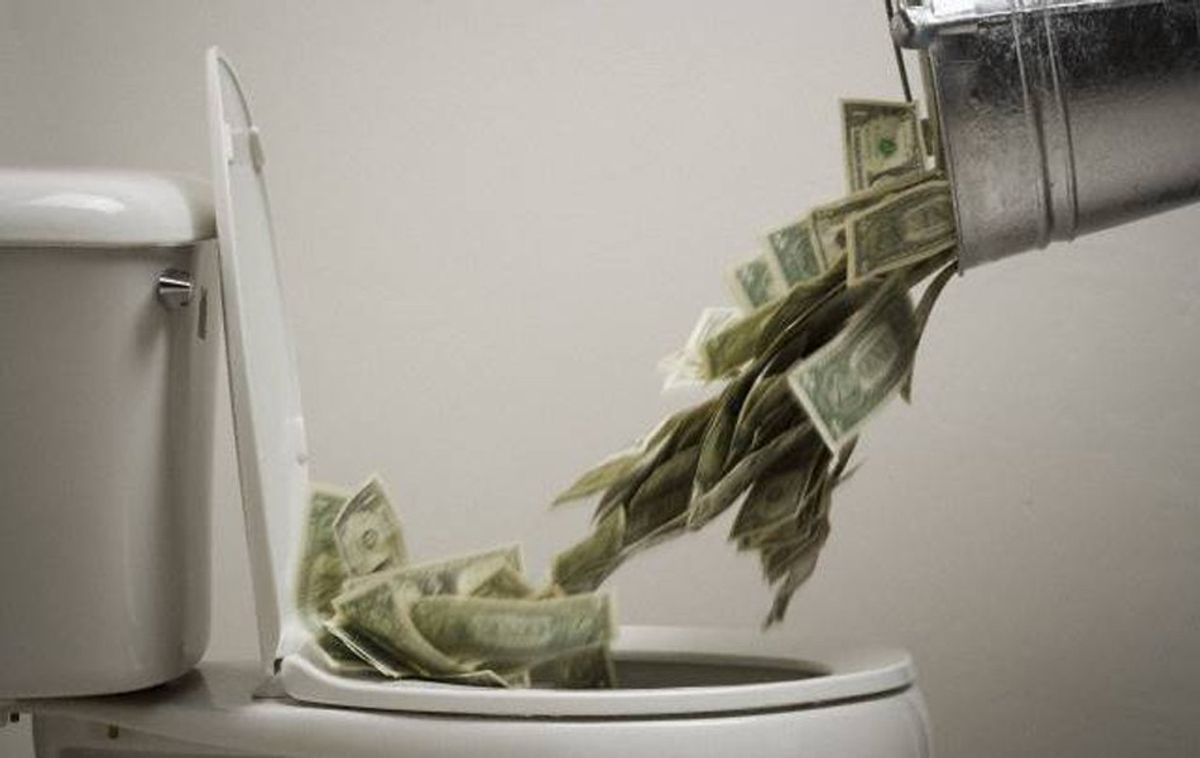 College communities throughout the nation have been buzzing about Robert Morin, a librarian at the University of New Hampshire who recently left the school his entire estate of $4 million when he passed away. Morin’s selfless act is both generous and moving. He graduated from the University of New Hampshire in 1963, and went on to work at in the school’s Dimond Library for almost half a century.

Morin set aside $100,000 specifically for the library, to fund scholarships for work-study students, support staff, and renovate one of the library’s multimedia rooms. The rest of the money was apparently designated for “funding scholarships and renovations.”

So, how exactly has UNH chosen to spend this wonderful man’s gift?

$2.5 million will be spent on developing a better career center for students and alumni. As a wildcat, I visited the campus’s career center several times throughout my four years there, and found it to be quite helpful. I have no doubt that whatever further developments they make to the center will benefit future students immensely.

But a whopping one million dollars is being used to buy a fancy new video scoreboard for the new football stadium.

But let me just reiterate this. A librarian donated $4 million to his alma mater. $100,000 is being given to the library. $1 million is being used to buy A SCOREBOARD.

For those of you who don’t know, the UNH football stadium just received a $25 million renovation, and was re-opened on September 10th, 2016. But apparently, $25 million just wasn’t enough. The university tried to justify the purchase of the new scoreboard by claiming that Morin became a football fanatic while he was in an assisted living home during the last year and a half of his life. So clearly, that’s much more important than his life long passion of reading and literature, right? The university clearly seems to think that it makes sense for the sports department to receive ten times the amount that Morin’s own department is receiving, even after spending $25 million on a stadium renovation. The school also just recently spent almost $2 million on a new student athlete center, and $4.5 million to build a new outdoor pool.

Deborah Dutton, Vice President for Advancement and President of the UNH Foundation, said of the donation: “Unrestricted gifts give the university the ability to use the funds for our highest priorities and emerging opportunities."

Oh really? A new football scoreboard is the “highest priority?” If that’s the case, the school needs a serious priority check.

Excuse me, UNH administration, did you know that the photography department has not had reliable water in their darkroom for a whole year now? Or has anyone else noticed that there is not enough fair parking on campus? (But why would they ever fix that, seeing as the university literally rakes in hundreds of thousands of dollars every year issuing parking tickets to students?)

In the 2015-2016 school year, all UNH student publications went on the chopping block and received massive budget cuts that will most likely put some of them entirely out of commission in the coming years. Working for Main Street Magazine completely transformed my experience as a student and a writer, and it breaks my heart that future students may not be able to feel the joy of collaborating with an editorial team to put together a publication.

Did you know that UNH is one of the only public universities in the country that does not offer graphic design courses? Do you know why? Because their art department is so financially deprived, it barely manages to stay afloat, let alone grow or develop.

Ultimately, the school’s administrative decision to spend a quarter of Morin’s generous donation on a inconsequential trinket for the athletic department is a complete disgrace to the spirit and memory of Robert Morin. As a wildcat, I feel deeply saddened, and honestly completely ashamed of my alma mater for this.

But the reality is, this is just the latest and worst offense in a string of the school’s trivial and heavily criticized financial expenses.

During the recent multi-million dollar renovation of Holloway Commons dining hall, the school spent $17,000 on a light-up table. Just for clarification, that is a year’s tuition for an in-state student. The university actually later admitted that buying the table was a huge mistake.

In 2014, The Huffington Post ranked UNH #3 on a list of the most expensive public universities throughout the nation. Since then, the school’s tuition rate has only climbed. Current In-state tuition costs about $17,600, while out-of-state tuition costs about $31,000. With room and board, books, meal plans, etc., the yearly total for in-state students is about $30,000, and $44,000 for out-of-state students. The average UNH students graduates with about $33,000 of student loan debt hanging over their head. And in case anyone was wondering, that is pretty close to how in debt I am after graduating last May - $30,000. I’ll be paying that back for approximately the next decade of my life, while struggling to survive in a competitive job market. A few of my fellow wildcat friends graduated with almost twice as much debt as me.

Yet, despite putting their alumni in financially crippling debt, the university still seems to find it appropriate to throw their money away into completely trivial money pits.

Just for reference, $1 million could:

Really, all I have to say is, who the HELL is making these decisions?!

I absolutely loved my time at UNH. I had an incredible experience there as a wildcat, and I wouldn’t trade that time for anything. I love the school and its spirit. I loved most of my professors and enjoyed my classes, and I made amazing friends. But I do not love the administration, and I do not support some of the choices that they make.

I am honestly ashamed of and embarrassed by my alma mater’s decision to waste Morin's generous gift on a frivolous toy. The money could be spent on a cause that would truly, positively impact the lives of the university’s students. It could have changed lives. I doubt any student will look back in ten years and say “man, that video scoreboard - that really impacted my experience at UNH in a meaningful and beneficial way.”