How Switchfoot Saved My Life
Odyssey

How Switchfoot Saved My Life

Had I never heard of one song by this band, I might not be alive. 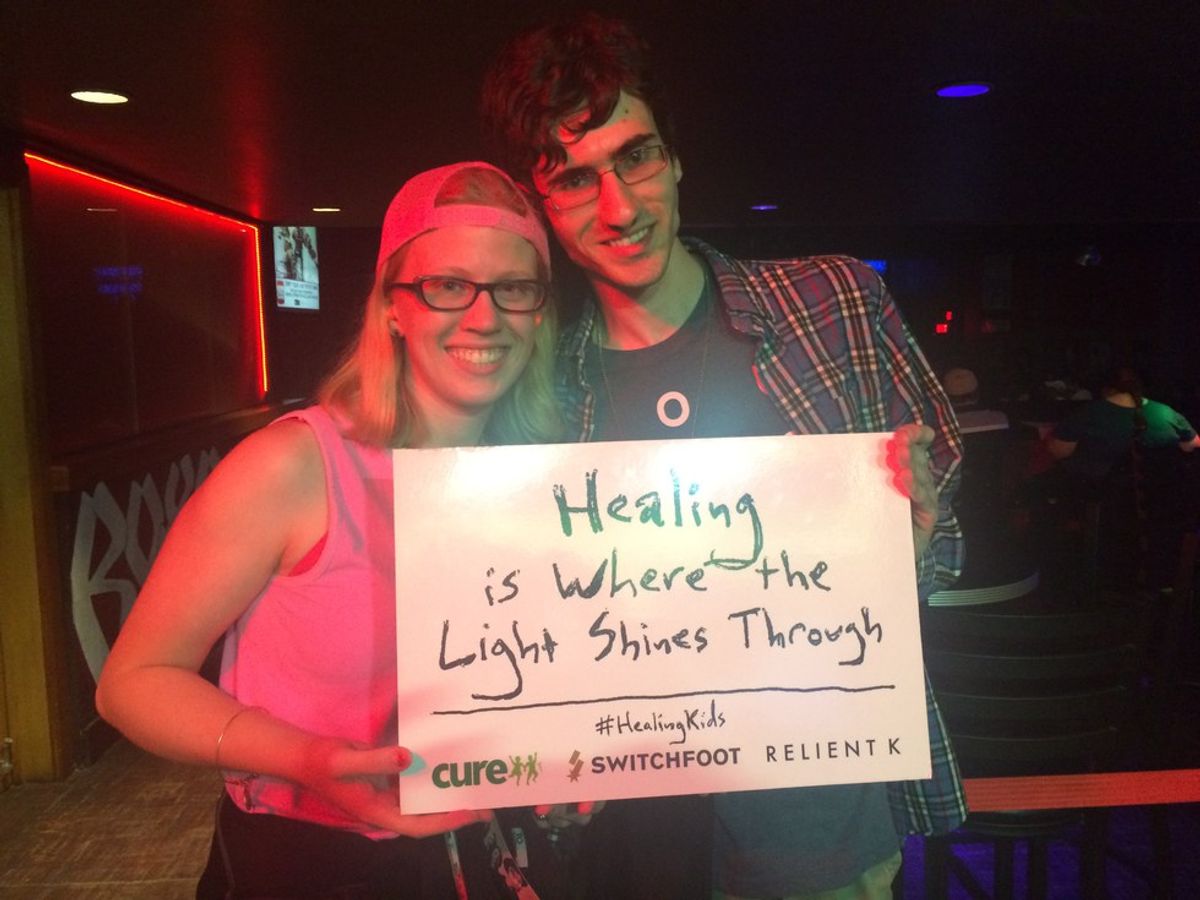 I know, I have not been on here in a while. I apologize. I’ve had a busy summer, and I didn’t think Odyssey still wanted me as a creator on here for various reasons. But, I’m still a creator here, and I’m back.

Over the summer, I’ve made this one friend at my workplace. I might mention him by name in a later article, when and if he has more to do with that one. Yes, he is the one in the flannel in the photo above. He and I have been talking recently, and one of the topics was the band Switchfoot. While talking to him that one day, I came to realize:

Switchfoot quite possibly saved my life.

I first heard of this band when I was in junior high, with their song “Gone”. Within the next couple of years, I thought that particular song was the “I Am The Walrus” of Christian music.

In 2008, they wrote the song “This Is Home” for the movie The Chronicles Of Narnia: Prince Caspian. At the time, I didn’t really like the song, especially since my sister played it so much.

During the next seven years, I happened to forget that song.

If you remember my article, “Phi Mu Forevermore”, I told you the story about how I joined Phi Mu. If I did not state it in that article, the song I remembered on that Preference Night, was “This Is Home”. By the day I wrote this, I have come to love the song.

If I had not remembered that one song from seven years before that night, I most likely would not have joined Phi Mu. I was originally going to call this “How Phi Mu Saved My Life”, but I realized how much farther back in my timeline the series of events started out.

Unfortunately, I am currently not at Bethany College. One stupid mistake led to my perfectionism taking over, and a downward spiral came after it. I decided to take a year off.

That downward spiral started in September of 2015. I had a lab report that was due in my Psychology Lab one day, and I didn’t do any of it. I ended up not turning it in at all. That led to missing classes, to missing assignments, to lower grades; I think you might know where I’m going with this. Greek Recruitment Week happened the first week of November of 2015. I got my big in January of 2016. I was initiated into Phi Mu in mid to late March of 2016. How Phi Mu saved my life comes into play in April of 2016.

I had been at a mixer one night in early to mid April, and I could not get to sleep whatsoever after it. I went into town, and pretty much spent most of the night at the Walmart. When I got back to Bethany, I had forgotten to take my medicine. It was critical that I take the medicine because of what happened during the next two weeks. I didn’t take any of my medications for almost 13 days. That left me scatterbrained, not being able to sleep in my own bed; that left me not acting like me.

The Friday of the second week, a week before my 20th birthday, the girls were supposed to meet at this one location on the Bethany campus for a photo. Including me, only four girls showed up. One of my sisters took a selfie of the four of us, then we went our separate ways for the remainder of the day. I had accidentally left my phone at the Phi Mu house. Instead of going back to the house to grab my phone, I stupidly went back into town, back to that Walmart.

During that time, my big saw that I left my phone there. I have an iPhone, and one of the features on there is an Emergency ID. I had my parents and sister as emergency contacts. My big contacted my mother. When I got back, she told me I should probably call my mom. I asked why. When my mom called later that day, I figured out what happened. My mom was going to come the next day and spend the night to help me get me back on track with that stuff.

When I got back home from Bethany in mid May of this year, I had found out that my mom and my big had become friends on Facebook. When my big posted something on there one time, my mom thanked her, and said she quite possibly might have saved my life.

Here’s how Switchfoot quite possibly saved my life:

But it goes beyond that as well.

None of this would have happened-

-had I never heard of Switchfoot.

If Switchfoot reads this article, thank you, guys. You quite possibly saved my life. Seeing you guys in concert was great. You guys were great. I hope to see you in concert again sometime. God bless.