How To Be A Southern Gentleman
Odyssey
CurrentlySwoonLifestyleHealth & WellnessStudent LifeContent InspirationEntertainmentPolitics and ActivismSportsAdulting
About usAdvertiseTermsPrivacyDMCAContact us
® 2023 ODYSSEY
Welcome back
Sign in to comment to your favorite stories, participate in your community and interact with your friends
or
LOG IN WITH FACEBOOK
No account? Create one
Start writing a post
Politics and Activism

How To Be A Southern Gentleman 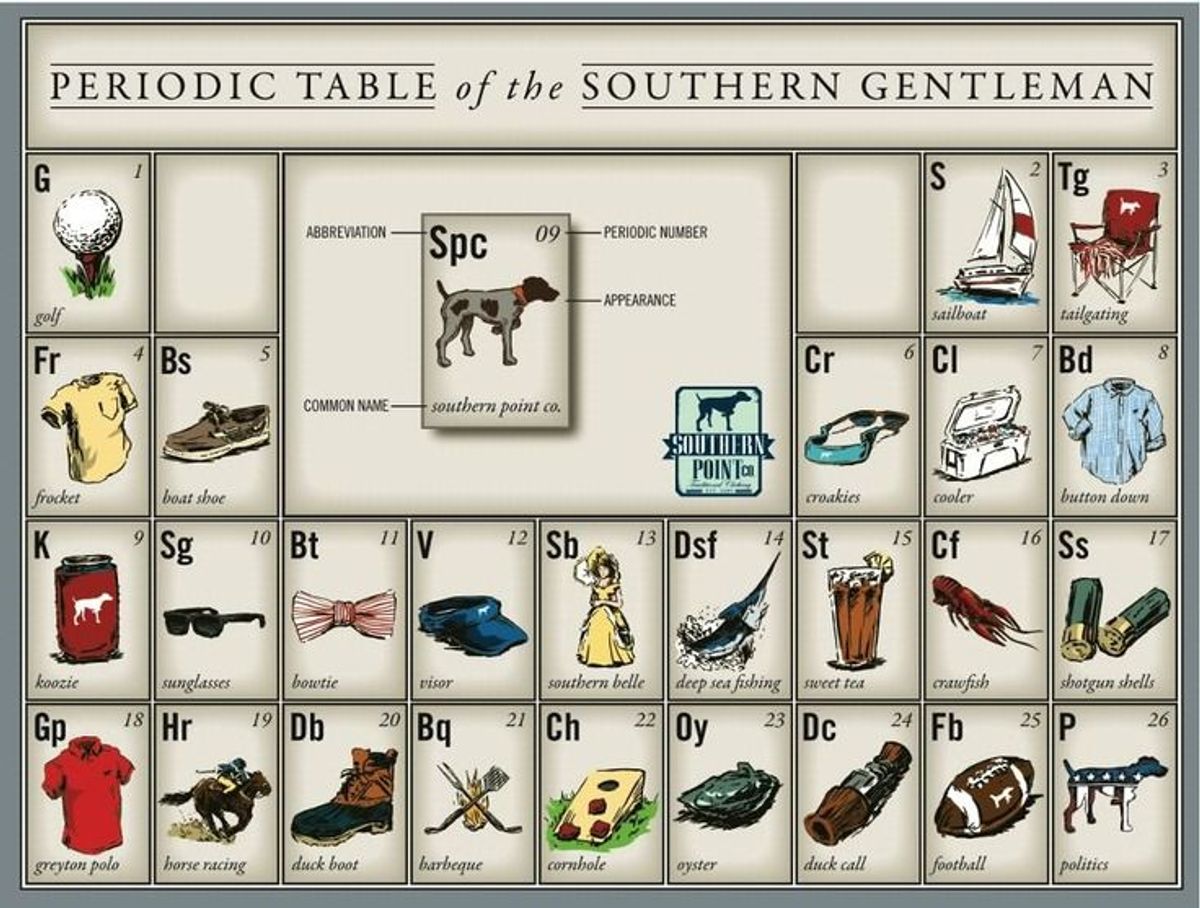 Having been at the University of Central Florida for three  years, now, I have noticed a lack of not just gentlemen, but gentleman of the southern variety. You might not be shocked by this, especially those of you who do not believe Florida is part of the south, despite the fact that it contains the southernmost geographic center of the 48 contiguous states, but I am here to share with you the guidelines of becoming a true southern gent.

1. Be polite. A southern gentleman is known for his politeness and charm, even to his enemies. Besides, girls love it when you open doors for them and shower them with compliments.

2. Be confident. Even if he does not know what he is doing, as long as he looks like he does, no one will question him. You need mint juleps whipped up for a derby party? Don’t worry, I’ve got this.

3. Take care of your body. A man of the south keeps his body in good shape and never overindulges, unless it is on shrimp and grits –– so go outside and enjoy that southern sun!

4. Don’t do something you would not tell your mom. As a southern gentleman, your mother’s approval is key. If you disappoint your mother, you might as well move to the north.

5. Dress well. It is not the brand name that matters; it is the way it fits, so put your collar down, and tuck that shirt in. Clean cut and classy is the only way to go.

6. Try your hardest. Doing your best is a staple of a proper gentleman because even if you fail, you will at least look good doing it.

8. Be someone. A proper southern gentleman is known not only by women, and their mothers, but also men. Get involved and put your name out there –– just make sure the someone you are being is the true you.

9. Persistence. In life, you will face obstacles that will hinder you most from getting what they want, but a southern gentleman will overcome these adversities no matter what and does not wrinkle his seersuckers in the process. As Calvin Coolidge once said, “The slogan 'press on' has solved, and always will solve, the problems of the human race.” Press on, my friends.

10. Treat your woman well. Southern gentlemen are world renown for the way they treat their women, so treat them like a southern belle, and act like a lady’s man -- not to be confused with a ladies man -- by giving her your arm.

11. Take your time. Southern men not only take their time to smell the magnolias, but they will probably pick some for their little honeysuckle, too. Windsor knots cannot be rushed, and neither can the ways of the south.

12. Drink your whiskey and smoke your cigars. You are not a man of the south unless you enjoy a glass of whiskey and a nice cigar, every now and again.

Just because you live north of the Mason-Dixon line does not mean you cannot be a southern gentleman. Having a strong character of integrity and chivalry, reverence for women, respect for your roots, and being well-mannered can, and will, make you appear like a gentleman. Just don’t forget to add whiskey, if you are of age, for best results!
Report this Content
This article has not been reviewed by Odyssey HQ and solely reflects the ideas and opinions of the creator.