My theory as to how society changed its mind. 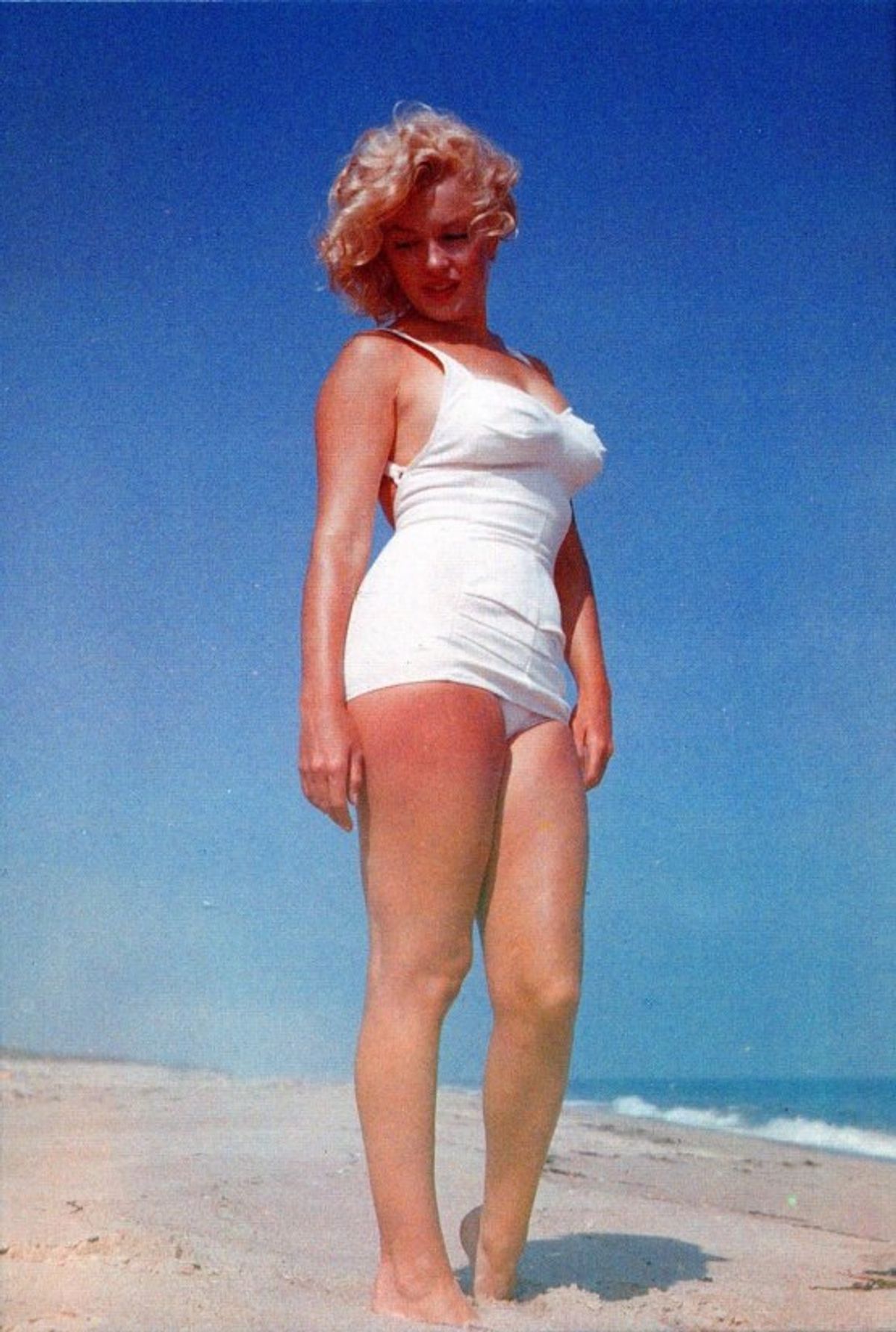 The 1950s: with Frank Sinatra, a beautiful 1959 Cadillac Convertible, and the Baby Boom, the Nifty Fifties was a time of American Spirit and camaraderie that can never be beaten. I mean, what other era could say they invented the credit card and Bing Crosby's iconic Christmas album? These things might be recognizable to some, however I guarantee everyone can agree that one person is practically synonymous with the 1950s. You guessed it: Marilyn Monroe.

This is not an article singing this famous superstar's praises, nor is it here to dis any of her accomplishments. This article isn't even here to talk about Marilyn Monroe--however she is where it starts.

Monroe's body is one that is in this day in age glorified for its curves and voluptuous manner--something one would rarely find in magazines or on television. Yet in the 1950s this was the body that women craved. Women actually made sure to eat more--yeah, that's right--in hopes to be curvy. Take a look at this:

I mean, this was a diet, people!

Anyway, being "skinny" in the 1950s (and almost all generations prior) was not viewed as something desired. So when did all of this change?

After World War II, the initiative for working women started to sweep the nation. Women who had taken up office and factory work while their husbands went off to war were suddenly forced to give up their jobs. This symbol of pride and confidence had become detrimental to womankind, so with that came the drive in women to fight for jobs other than homemaking. Ever since, women in the workforce have been a common occurrence that people no longer question. But exactly how does this relate to their bodies?

Since ancient times, bigger curves on a woman gave the vibe that she was more fertile, and since reproductive success has always been important to the human race, these curves were part of the desired body. Women recognized their role as mothers and fell into the idea that motherhood was their only option for a career. Yet after the fight for gender equality in the workforce, the body of a mother was not something that was needed. What women needed was to be seen as tough, confident, and capable members of society that had the ability to do anything. With straighter lines and muscular tones, it was easy to see why losing weight would spark the idea that skinny equals capable, because this body structure is very similar to that of males.

So slowly but surely women lost the curves and gained the mentality that a skinnier body would give them the appearance of someone capable. Now our magazines and TV ads picture a majority of women who are thin, some of whom are both mothers and active members in the working society, proving that even with their new preferred body type, the crucial role of motherhood is not compromised.

So there you have it: this is how the skinny bod became popular!