How My World Didn't End When I Lost My Phone
Odyssey
CurrentlySwoonLifestyleHealth & WellnessStudent LifeContent InspirationEntertainmentPolitics and ActivismSportsAdulting
About usAdvertiseTermsPrivacyDMCAContact us
® 2023 ODYSSEY
Welcome back
Sign in to comment to your favorite stories, participate in your community and interact with your friends
or
LOG IN WITH FACEBOOK
No account? Create one
Start writing a post
Relationships

How My World Didn't End When I Lost My Phone

I'll admit it-- at first, I was surprised. 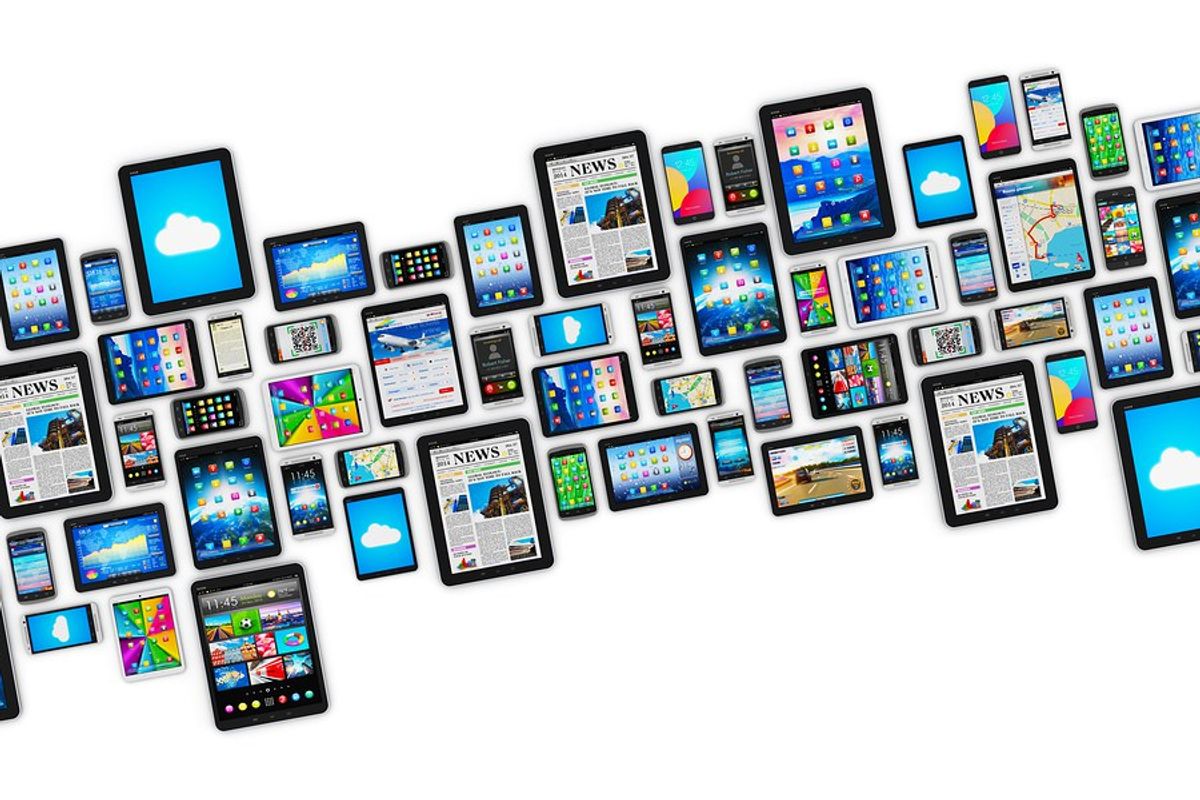 The other day I went through one of my favorite things in the entire world: airport security.

Yeah... That was sarcasm.

Airport security makes me nervous. I always feel like I'm going too slow, that the people around me are getting annoyed with me personally, and that I'm going to get in trouble-- because thinking about how I need to look not guilty only makes me look that much more guilty, that's just the way it works.

But to make this experience even better, somewhere in between getting in line for security and grabbing my stuff from the conveyor belt, I lost my cell phone.

Now, I fly out of a pretty small airport. There are really only about one or two places where that phone could hide, and it found one of them. And maybe I'm bias-- but the airport workers weren't quick to help a teenager trying to find her phone, at least not until my parents came in. Because thanks to one kind employee, I was able to use his phone to do the most adult thing I could think of in this time of crisis-- call my mother. But despite every effort I could think of, and checking the three places I went multiple times, I ended up barely making my flight with my mom's phone -in hand, already wondering if one of those emergency exits could be used to throw myself out of the plane; OK, so I'm a bit dramatic.

I know some people are reading this and thinking, "Oh great, another teenager addicted to technology," but let me plead my case. That phone had notes containing writing ideas. It had the playlist for when my anxiety started attacking. It held messages to and from my best friend dating all the way back to when we first starting bonding again our senior year of high school. It was tough to leave home-- but it was even worse knowing that I had somehow lost the one thing that kept me majorly linked to it, and more than that, that someone else may be holding that one thing in their hands because they saw the chance to take advantage of a nervous teenager in line at airport security. Losing my phone was one thing, but having someone steal it was a whole different thought I couldn't bear to think of.

However, what I soon realized was that losing my phone wasn't the end of my world. Sure, once I had a new phone with my own number again, I was feeling better. And thanks to God's grace and technology, most of my notes and music were backed up. Plus, now I don't have to go through the pain of deleting those messages from my best friend, because that 'storage almost full' notification was starting to get pretty aggressive.

If anything, losing my phone made me appreciate it even more. Once again, this is probably where some people will think about how obsessed my generation is with the little contraption that never leaves our hands, and I'm going to go ahead and let them believe it. Because I know our phones are important to us. It's what keeps us in contact with people, lets us escape when we need to, and, honestly, makes our lives a whole lot easier. And when your phone happens to fall off the conveyor belt at the airport and into the trash can (because yep, that's apparently a real-life thing, thank you, nice security guard who watched the tapes)=- it tends to suck.

Currently, my phone is sitting in my line of sight, a place it hasn't left since I got it. Maybe I'm a little bit overprotective, maybe I'm waiting for my best friend to text me back, or maybe I'm just a true teenager (spoiler alert: it's all three). And when I have to go through airport security, I think we all can agree I'll be ready to fight anyone who even goes near my stuff, especially the one thing that does a whole lot more for me than let me call my mom, although I'll admit, I'm pretty blessed I can do that too.

Nicole Marie Nigro
Individual Creator
7021
c1.staticflickr.com
Where to start...... Let me start with the cliche that life throws us curveballs and what we do with it is what counts.