How To Get Away With Murder's Winter Finale Broke Our Hearts
Odyssey
CurrentlySwoonLifestyleHealth & WellnessStudent LifeContent InspirationEntertainmentPolitics and ActivismSportsAdulting
About usAdvertiseTermsPrivacyDMCAContact us
® 2023 ODYSSEY
Welcome back
Sign in to comment to your favorite stories, participate in your community and interact with your friends
or
LOG IN WITH FACEBOOK
No account? Create one
Start writing a post
Entertainment

How To Get Away With Murder's Winter Finale Broke Our Hearts

How can we possibly wait until January?! 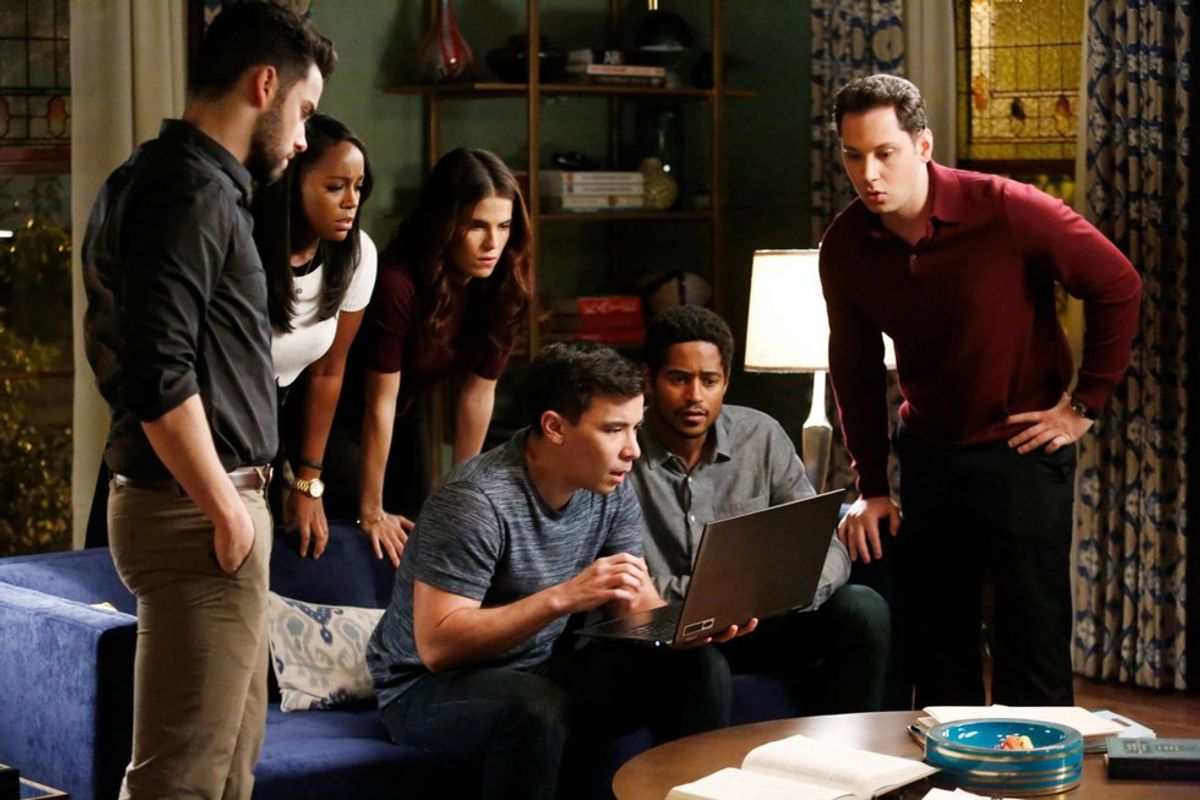 After weeks of anticipation, we finally know who is under the sheet. How To Get Away With Murder’s season 3 winter finale was beyond shocking for viewers. Many of us have had a lot of theories of who was under the sheet, but none of us anticipated this.

Leading up to this episode all of us thought that the Keating five were almost bound to be safe. We knew that Laurel was safe, but had been critically injured in the fire, and it was discovered that she was pregnant, due to the flash forward scenes throughout each episode of season 3. It also could not be Michaela, since it was known that the unidentified body was a male.

We knew that Asher was safe because he did not leave with Laurel that night to go to Annalise’s house. It couldn’t be Connor either because he was with Thomas that night.

All bets were on Nate being the unidentified body, considering he was the last male shown in the house before the explosion. Also, we find out in the last few minutes of the episode that the unidentified body belongs to an African American male. So, it has to be Nate, right?! He was the last male shown to us in the house before the explosion, and he matches the characteristics of the deceased body. However, these theories were suddenly put to rest when Nate was the one shown going to the morgue to identify the body.

To our disappointment, we find out that the body is not Nate, but in fact Wes.

Wes’ death has many complications. For one, Laurel is now going to be pregnant and alone. It will be devastating for Annalise, considering she has done everything she could for him like: getting him off the Middleton waitlist, helping him cover up Sam’s murder, and eventually forgiving him for shooting her.

This will also devastate the students, as well as have long-term complications for Annalise and her career considering his body was found in her house and she is now in jail.

The episode ends with Nate visiting Annalise in jail, telling her that not only is Wes in fact dead, but he was dead before the fire! What happened to Wes? How was his body in Annalise’s house if he was already dead? Did Laurel see what happened when she walked in? We will have to wait until the show returns in January to find out.

What do you think happened to Wes? Comment your thoughts below!