I came for the diversity and left after the stereotypes. 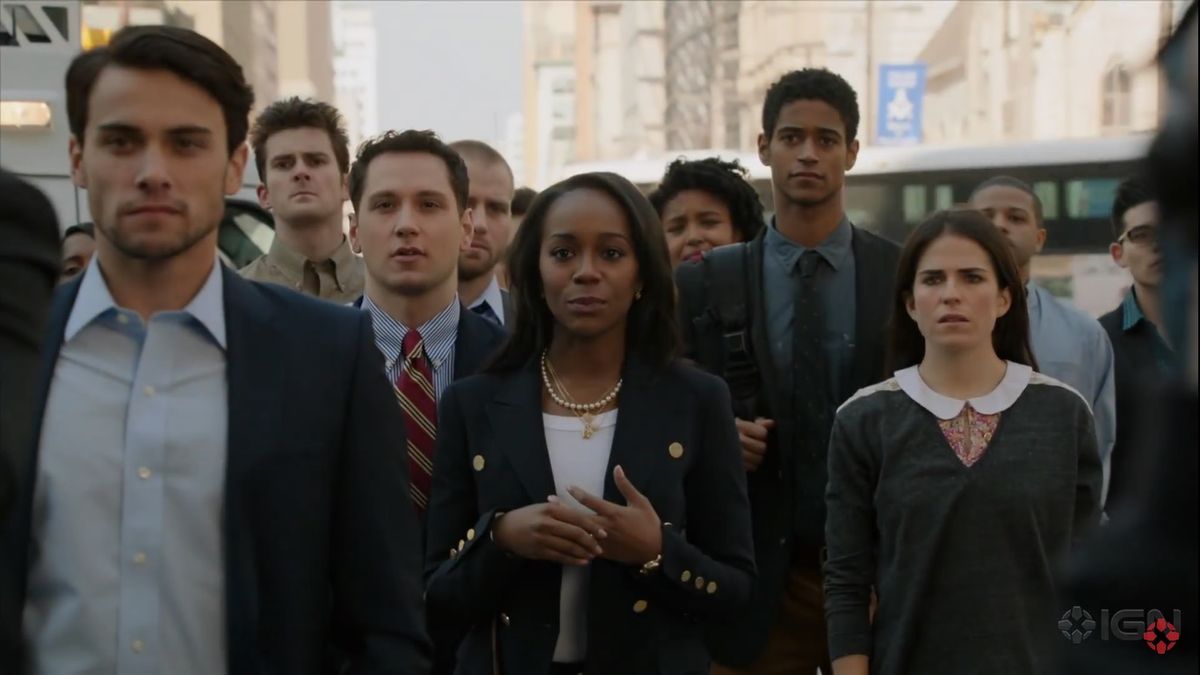 When “How to Get Away with Murder” made its debut on television it claimed to be a diverse show with a diverse cast, and they had a black woman as a strong leading lady, so that was new and exciting. Shonda Rhimes had basically done the same thing with “Scandal,” but I digress.

I fell for this propaganda because honestly you put Viola Davis in anything and I’m there. Unfortunately not even beautiful and multi-talented Viola could salvage the utter garbage this show turned into.

I thought the first season was amazing. My fiancé and I diligently tuned in every week and were always ready for more. Who killed Sam? It was all anyone around me – anyone who was cool – was talking about every Thursday. The first season felt like it breathed new life into television.

It was during the second season that I started seeing the cracks – the stereotypical hogwash – and I realized that those cracks had been there all along. They were hiding behind Viola Davis’ and Alfred Enoch’s raw talent and their dedication to their characters.

I was more than a little upset when I realized I had been duped. This wasn’t a show that would break down stereotypes and bring us closer as a society – not even Matt McGorry’s sick dance moves could bring me peace. Basically, “How to Get Away with Murder” doesn’t break down stereotypes, it relies on them for the drama. This can be explained in four characters: Annalise Keating, Wes Gibbins, Laurel Castillo, and Oliver Hampton.

When we’re introduced to Annalise Keating we are introduced to a beautiful, strong, and ridiculously intelligent woman who is cheating on her husband. With a black man, Nate Lahey. Who is also cheating on his cancer-ridden wife. The show tries to remedy this faux paw by also making Sam stray and showing that Annalise and her husband really aren’t in love anymore.

Okay. So you introduce us to a “diverse” interracial couple and then show all the ways in which their marriage is dysfunctional. Makes sense.

On top of this Annalise is kind of an alcoholic and her relationship with her mother is strained, oh and the only way she could make it to the position she’s in as a lawyer is by playing dirty. Black women can be dynamic characters and I appreciate that Annalise has flaws but the amount of flaws Annalise exhibits are a little much. She literally helps cover up her husband’s murder! I think some of her “depth” could have been thrown on the cutting block.

Moving onto Wes Gibbins, or Waitlist as Connor Walsh so lovingly referred to him in the first episode, his story is just as rife with issues. Wes, you left us too soon but let’s discuss how they completely ripped apart your character and made you the poster child for every “black men can’t control their temper” stereotype.

Wes showed so much promise, didn’t he? He’d made it into an Ivy League college. He was flirting with his odd next door neighbor. He made friends and was drafted into the “Keating Five.” Oh but it’s revealed in season two that he probably only got into that Ivy League college because Annalise had been keeping watchful eyes on him since he was accused of his mother’s murder at age 12.

Wes is the one to kill Sam. Wes is the one to shoot Annalise. He was the show’s scapegoat from the beginning. Wes is only in this position because Annalise felt guilty and now he’s taken his rough childhood and channeled it into killing and maiming people. Good job. And he doesn’t even get a redemption arch.

Nope, they used Wes – completely destroyed his character – and then had him killed at the end of season three. He had lost his mother, his girlfriend, his lousy ass father was shot two feet in front of him, and now he’s dead.

Before Wes died he was in a relationship with Laurel Castillo. Do you kind of see a pattern here? People of color sure do get into some tricky situations in this show. Laurel had a rough upbringing. She was kidnapped at 16 and her father – involved in some seriously shady business – did not pay the ransom. Her relationship with her father is strained and her mother was sent to an institution after having a mental breakdown. Laurel is pregnant with Wes’s baby at the end of season three.

I stopped watching when Wes died, but I do know Laurel believes her father killed Wes and Annalise believes Laurel’s father is out to murder the baby as well. Basically, Laurel was supposed to be a Latina woman who owns her sexuality, is not afraid to go above and beyond to achieve her success, and is ridiculously loyal. Instead, she’s now plagued by whatever business her father is involved in – because having a Latino man achieve success normally would have been too out of the realm of possibilities for this show.

I get that every character his issues, every character is plagued by ridiculous amounts of ‘wow not okay’ situations, but every single member of the “Keating 5,” excluding Asher, is a minority. It seems a little much.

Finally, this brings me to Oliver Hampton. Olly is adorable, he’s the character that’s going to get sleazy Connor to calm down and commit to a relationship, and he’s kind of a genius. And then the show’s creators think it’ll be a good idea to have the drama of making Connor and Oliver go through HIV testing and guess what – promiscuous Connor is negative but Oliver is positive.

The show wanted to create an open line of conversation about HIV and HIV prevention and HIV diagnosis but the whole thing just falls flat. It seems like a glorified story trope used to garner sympathy for a character who was already a fan favorite. There was no need to give Olly that diagnosis. There was no need to make Connor unable to commit. And yet, the show relied on tired stereotypes of gay men instead of creating a functional and loving relationship between two men.

I could go on and on about many other issues with this show, but I’ll stop the rant here. Basically, “How to Get Away with Murder,” didn’t live up to its hype. It gave us a mix of characters – but inundated their stories with harmful stereotypes of their culture – it lacks creativity and political correctness. Honestly, I’m sick of seeing this show being dragged into another season where they can make Michaela Pratt the angry black woman or show just how Annalise can’t healthily cope with her issues. I’m praying for the day it gets cancelled.

And I will forever be salty that out of everyone who could have possibly died it was Wes. You messed up ABC.