How It Feels To Be The Odd Man Out At College
Odyssey
CurrentlySwoonLifestyleHealth & WellnessStudent LifeContent InspirationEntertainmentPolitics and ActivismSportsAdulting
About usAdvertiseTermsPrivacyDMCAContact us
® 2023 ODYSSEY
Welcome back
Sign in to comment to your favorite stories, participate in your community and interact with your friends
or
LOG IN WITH FACEBOOK
No account? Create one
Start writing a post
Student Life

How It Feels To Be The Odd Man Out At College

Between the years of eighteen and twenty two, give or take, the standards are lowered. 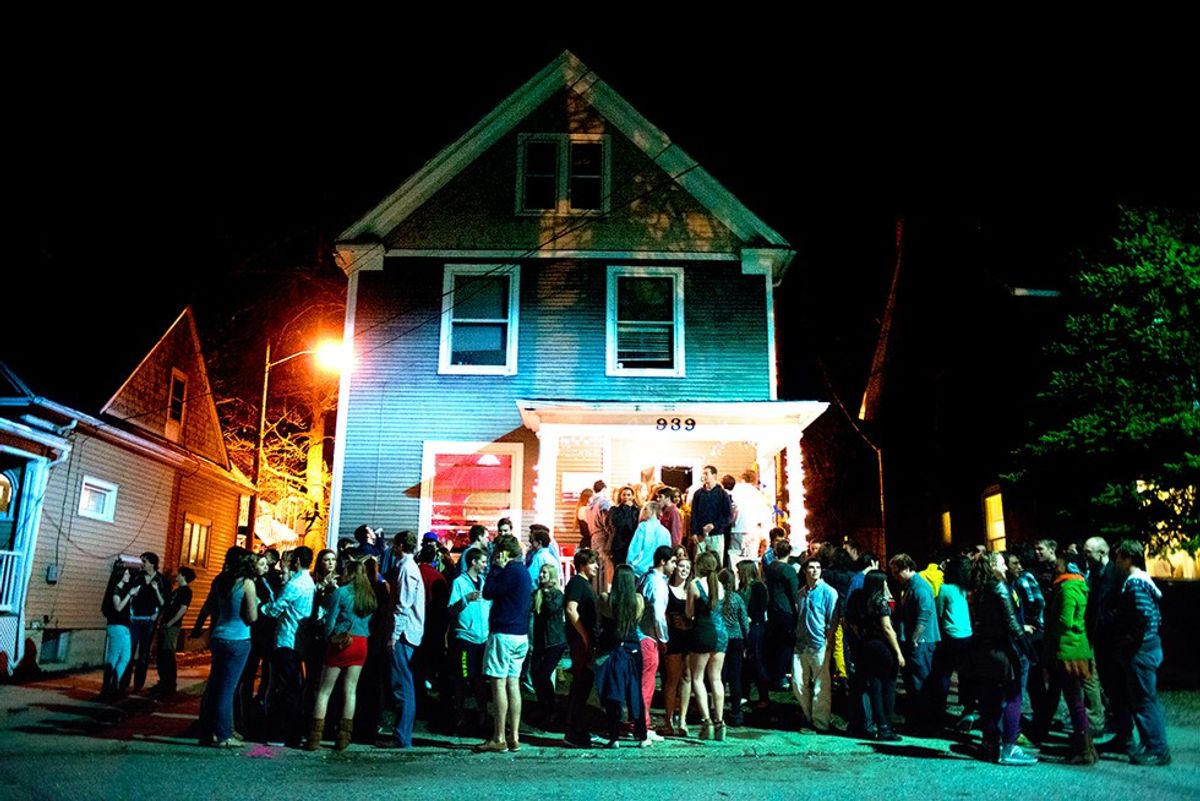 As a college student there are unspoken rules. Such rules include excessive drinking, random hook ups, smoking anything and everything, and just overall questionable morals. College students do these things and more without much thought and no one really seems to care, it's college, right? Between the years of eighteen and twenty-two, give or take, the standards are lowered. Everyone seems to turn the other way as young adults loose themselves in booze, weed, and other unhealthy habits.

Well what happens when you don't fit those standards. Since when does partying and sleeping around raise less concern than not?

Our twenties are such a special time in our lives that I can't fathom wasting them away on drunken weekends. For me I want my twenties to be full of new chances and self-discovery. I don't drink, smoke, or hook up which I know doesn't fit the common mold. I would rather spend time with my family than with random people at a party. I would rather spend time alone, getting to know myself and God, than go on a date with a guy I know expects more than just a hug goodnight. I don't mind being different. Being different is what makes me, me.

If you're in the same boat as me, hang in there it will get better. College doesn't last forever and sooner than later drinking all day every day will be considered inappropriate. Not that we should let society define what's acceptable for our age, but for the most part, people use their college years as a crutch to act out and be crazy. Just because everyone says it's normal doesn't mean it should be, but that's the world we live in.

Don't take your college years for granted. In four short years, you'll be graduated and off to face the real world. Let's not drown our problems in tequila and vodka just because the world thinks it's okay. Instead of late night drinking sessions lets actually do our homework that's due next class. Take this time to set yourself up for success after college because alcohol isn't going to help you land that stellar job after graduation.

Let's change the standard for college students. We are brilliant people and should start treating ourselves as such. Even if you have to walk alone, walk the path God has designed for you, and if you feel alone or an outcast just remember, Taylor Swift has millions of followers, Jesus had twelve.