How Changing My Major Changed My Life Majorly
Odyssey
CurrentlySwoonLifestyleHealth & WellnessStudent LifeContent InspirationEntertainmentPolitics and ActivismSportsAdulting
About usAdvertiseTermsPrivacyDMCAContact us
® 2023 ODYSSEY
Welcome back
Sign in to comment to your favorite stories, participate in your community and interact with your friends
or
LOG IN WITH FACEBOOK
No account? Create one
Start writing a post
Student Life

How Changing My Major Changed My Life Majorly

I knew there was no going back. And the mere idea of that set-off fireworks in my brain. 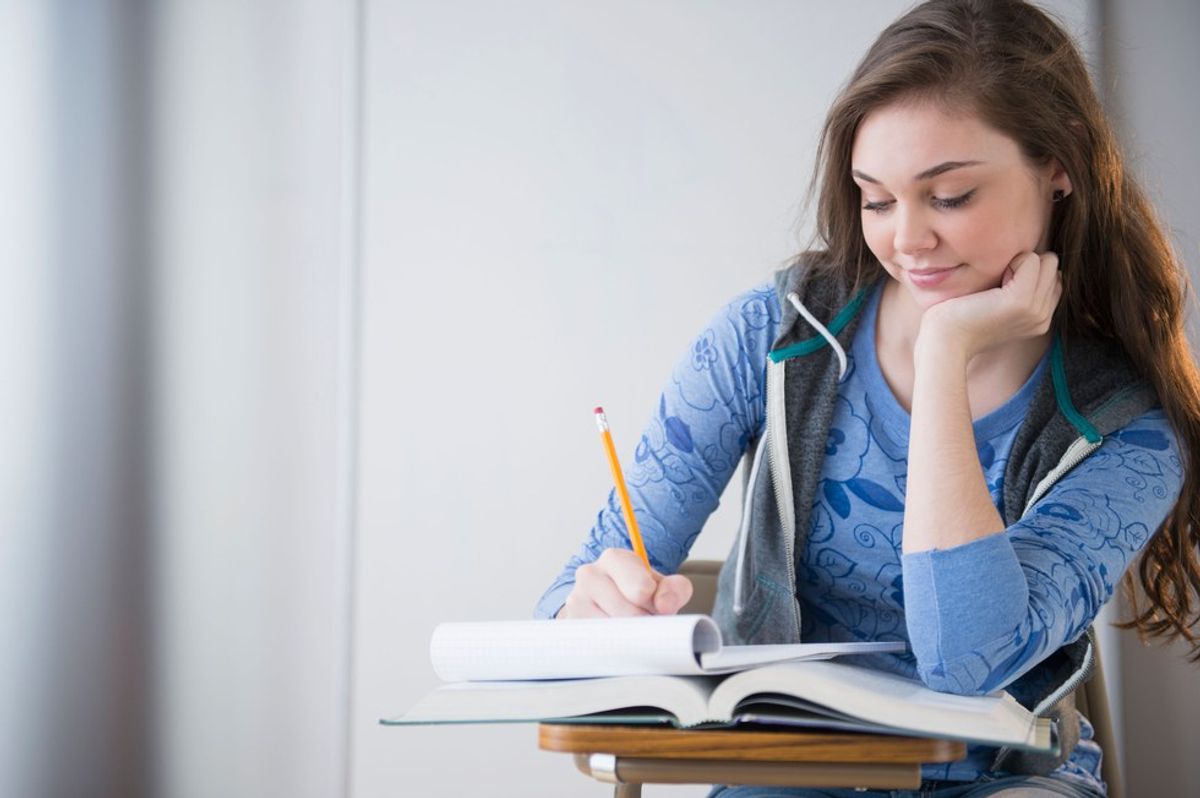 In my high school, there was nothing quite as taboo as having no idea what you wanted to do with your life. Was it college? The work force? The military? Nobody cared what you chose, as long as you'd already chosen.

So for me, going in as a 14-year-old freshman, I had no idea what I wanted to do with the rest of my life. From my perspective, I was going to educate myself for free so that I could then educate myself for thousands of dollars so that I was able to work until my inevitable death or retirement, whichever came first. But I would be six feet under in a coffin before I would have admitted that to anyone. So anytime someone asked, I'd tell them "Psychology at Cal U", and here's why:

By my junior year, I had become extremely interested in Psychology. Like, extremely interested. I would take all sorts of personality tests, read nonfiction texts on the human brain and emotions, and watch documentaries on psychopaths with every free second I had. I discovered I loved studying human beings, and I did so silently all the time. Why did the members of my family act the way they did? Why are some people suicidal? How does having an autoimmune disorder influence personality? I asked and asked and asked hundreds of questions and researched them all, just for the joy of knowing and learning. And in addition to that, I had a personal motive - my own struggle with mental illness. I wanted to know why I was "broken", and learning about Psychology was the only way I felt like there was a reason I was the way I was. It was a sort of comfort to understand myself, because I never had before that point. And my sister attended Cal U - her answer seemed to hush the incessant inquiry of future plans, so I figured I'd borrow her answer and give her credit later (when I actually figured out for myself what I wanted).

But then as I researched further, I discovered that the secondary education was going to be extensive. For what I wanted to do as a Criminal Psychologist, it would take a Master's degree minimum, and a Minor or two to set me apart from the other thousands of people who wanted to do the same thing. And so, the last of my minute amount of confidence was depleted. The only things going through my mind were:


"You're not even good at being a person - how can you tell other people how to live their lives? Hypocrite."

"You won't make enough money to support yourself if you only go for four years."

And although those thoughts were extremely unhelpful, I couldn't shake them. They completely squashed any hope I had of becoming a Criminal Psychologist, and sent me back into the embarrassing pit of undecidedness.

And in addition to my crippling self-loathing, you have to add in the unsolicited advice that comes along with being part of a family. I had people tell me that I shouldn't be a psychologist for a number of reasons, none of which I care to repeat today, but at the time, they crushed my confidence. To me, it reinforced the idea that I couldn't cut it as a psychologist and that I'd be better off just doing something that makes a lot of money and doesn't require a lot of schooling, even if I didn't enjoy it as much as I enjoyed psychology. I figured that as long as I had a good income and went to school, I'd be "successful". Because that's what success is, right? Money and education?

Wrong, wrong, oh, so wrong, and I wish I would've realized that sooner.

But as time went on, I basically tripped and fell upon an Associate's degree in Physical Therapy. I thought, you know, "Hey! Great! Makes bank, two years, sounds great. I'm in." So I applied for the program, got in, and eventually showed up at California University of Pennslyvania on my first day, bright eyed and bushy tailed and ready for anything.

Once again, I was wrong.

I went to my first few days of classes and suddenly realized that I was miserable. I was so angry at myself - how can I possibly be upset? I got into the school I wanted, I'm rooming with my sister/best friend, I'm getting a quality education, I got a chance that lots of people would kill for, and so on, and so forth. I was angry at myself for not being able to fake enjoyment about my coursework. I tried, I really did, but all it got me was a substantially large mental breakdown in my car on the way home from class.

And coincidentally enough, that day I had to write an essay. The essay's topic was as follows: Write an essay on why you love your major, why you chose to study it, and what success in that field would mean to you.

Now I'm not sure if the universe was speaking to me, if God himself was knocking some sense into me, or if I had officially gone crazy - but I took it as a sign. A bright, yellow, illuminated sign telling me to change my major. Because how could I possibly write an essay and pretend I loved Physical Therapy when I knew in my heart that I didn't? It felt almost disrespectful. Like, a sort of betrayal to myself and to the profession I was actually interested in.

And so, I did what any rational person would do in such a circumstance.

I had a meltdown.

I touched all the bases: crying, texting my parents, thinking of dropping out and becoming a drug dealer, trying to sleep off the uncertainty, and even eating my feelings. But all of them led me to the conclusion that I needed to change my major.

I woke up the next morning with a confidence I'd never experienced before. I got up, skipped the PTA class I knew I would never have to take again, informed my sister of my plan so I would be held accountable, and set up a meeting with my adviser. Then, after the meeting, I sprinted to the Scheduling Office like I was on fire. At this point, I'd missed both of my Physical Therapy classes for the morning, so I knew there was no going back. And the mere idea of that set-off fireworks in my brain.

I jumped through all the hoops and did the whole song and dance, and finally, my major was officially changed. I dropped the PTA classes like hot potatoes and picked up the ones that pertained to Psychology and Criminal Justice. My schedule was finalized and recorded and I started my new classes in my new major that same day.

I've loved it ever since.

I'm interested in what I'm learning now. I'm passionate about it. I have the motive to succeed because it brings me joy to learn about my interests and it excites me to think about being in the workforce someday. I don't dread going to class anymore. I actually even enjoy the homework, because I know that it could be worse - I could be working towards something I don't care about.

So, here's the moral of the story; it's your life. You have to deal with the choices you make - not anyone else. If you make a life decision for someone else, they're not the ones who will have to deal with the consequences, you are. So make your own choices. It's okay not to know what you want to do, and you can always change the path you're on. It doesn't matter if society thinks it's taboo to switch a major or transfer colleges or take a year off; it's your life. Do what you love, and love what you do. Because you know what they say, "If you do what you love, you'll never have to work a day in your life."