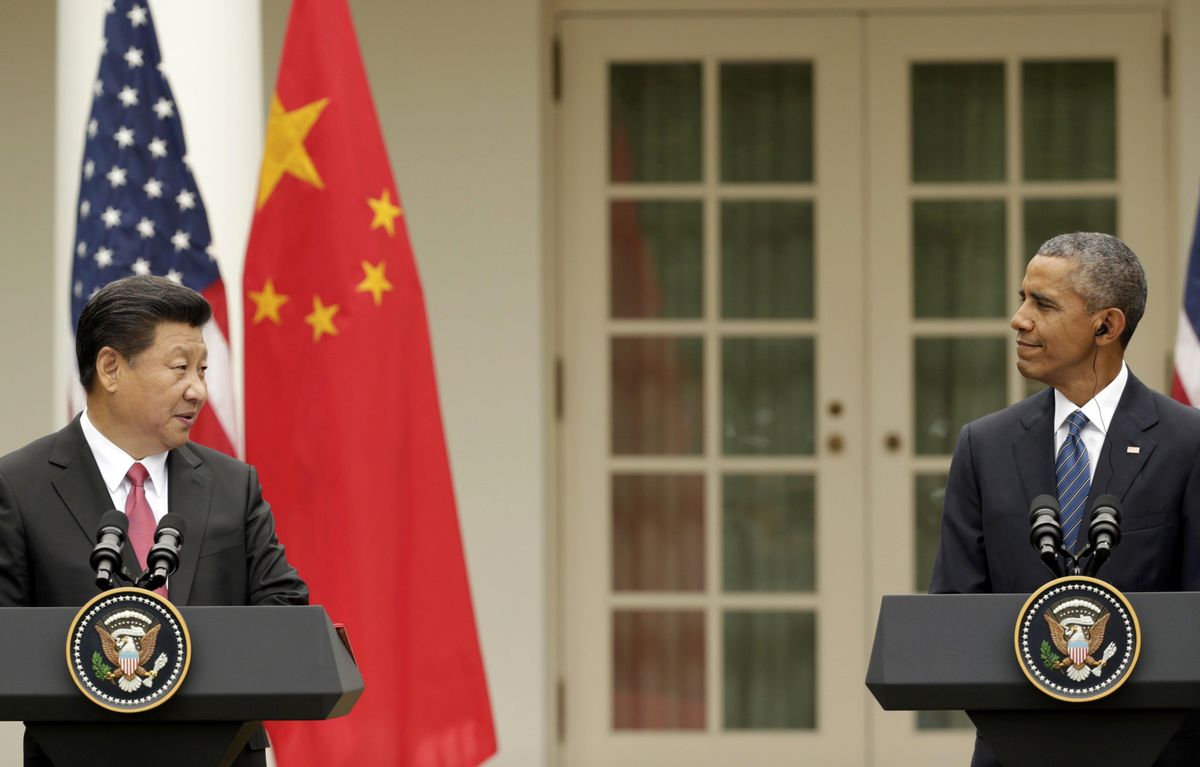 Responding to: “How can U.S. manufacturers compete with Chinese manufactures?”

In David Cote’s article, “Honeywell CEO: How America can compete with China”, he explains the two main goals America should have to compete against China are: “a strong commercial relationship with China” and to “have our own American competitiveness agenda” (Cote). It is universally known that America and China have a strained relationship which causes trading and manufacturing dilemmas. However, if America and China were to improve their relationship not only would trade and manufacturing be prosperous, but the relationship between both superpowers would be significantly beneficial to each country's economy. It cannot be said that America lacks economical ambitions, nonetheless, the economic reports often reflect unsubstantial levels as stated by President Trump, “China is growing at 7 percent. And that for them is a catastrophically low number. We are growing—our last report came out, and it is right around the 1 percent level,” Trump said Wednesday night. “Look, our country is stagnant” (Semuels). This lack of luster is in part due to the recession that Americans still face the effects of. Despite the recession, the U.S. has shown promise of having a slow combat and this resurrection could be substantially quicker if there was a lucrative contingency with China

America’s need to be competitive cannot be forgotten as without this the U.S. will not stand a chance against China. With governmental powers the cost of manufacturing in the U.S. has risen to heights that companies are unwilling to pay creating a ripple effect of business loss in the U.S. and into the cheaper hands such as China. This leads to the evaluation that America should lower the taxation placed on businesses, which is approximately 38.9% compared to China’s 25%. Theoretically, by lowering the taxation rate, it would encourage businesses to invest and hire Americans. Thus provoking a flourishment in the economy and a decimation of unemployment. With a booming economy comes migrants, but what is needed is skilled migrants. By allowing skilled migrants into the U.S. it then produces a statement that this is a country for those willing to work and contribute to the American society, not deplete it of its funds to increase the GDP tenfold. More jobs equal more productivity, more productivity should then result in higher wages to have happy workers. Having happy workers can do wonders for the economy as people are more likely to stay with that employer generating loyal hardworking employees.

Furthermore, America will be able to compete with China, by having increased educated workforce in the S.T.E.M. fields. Obtaining an educated workforce would be monumental as it can cause a sway in big technology companies such as Apple to produce its products in the U.S. In addition, with education brings about power, yet this power cannot come about if there is not an improvement in the education system. According to the 2015 Program for International Student Assessment, or PISA reports there was a drop of eleven points in the U.S. ranking for mathematics and a stalemate in reading and science (Jackson and Kiersz). With an improvement in youth education, it will bring about more S.T.E.M. degree-holding citizens that could carry America to a much-needed pedestal than it is today. Science, technology, engineering and mathematics fields are on the rise with the new and improving innovations of society and it is only to America’s advantage that this opportunity is taken with both hands for a successful future.

Overall, America will be able to compete with Chinese manufacturing by having better communication,and the ability to lure companies to the U.S. with an newly educated labor force. Without meeting these conditions it is highly unlikely that America will become one of the greatest as it was years ago without taking the next twenty to twenty-five years when it’s too late. By fostering a better relationship with China not only will America be able to improve their political relationship, but the fragile commercial relation emplaced while boosting the American economy and education ranking to new heights.