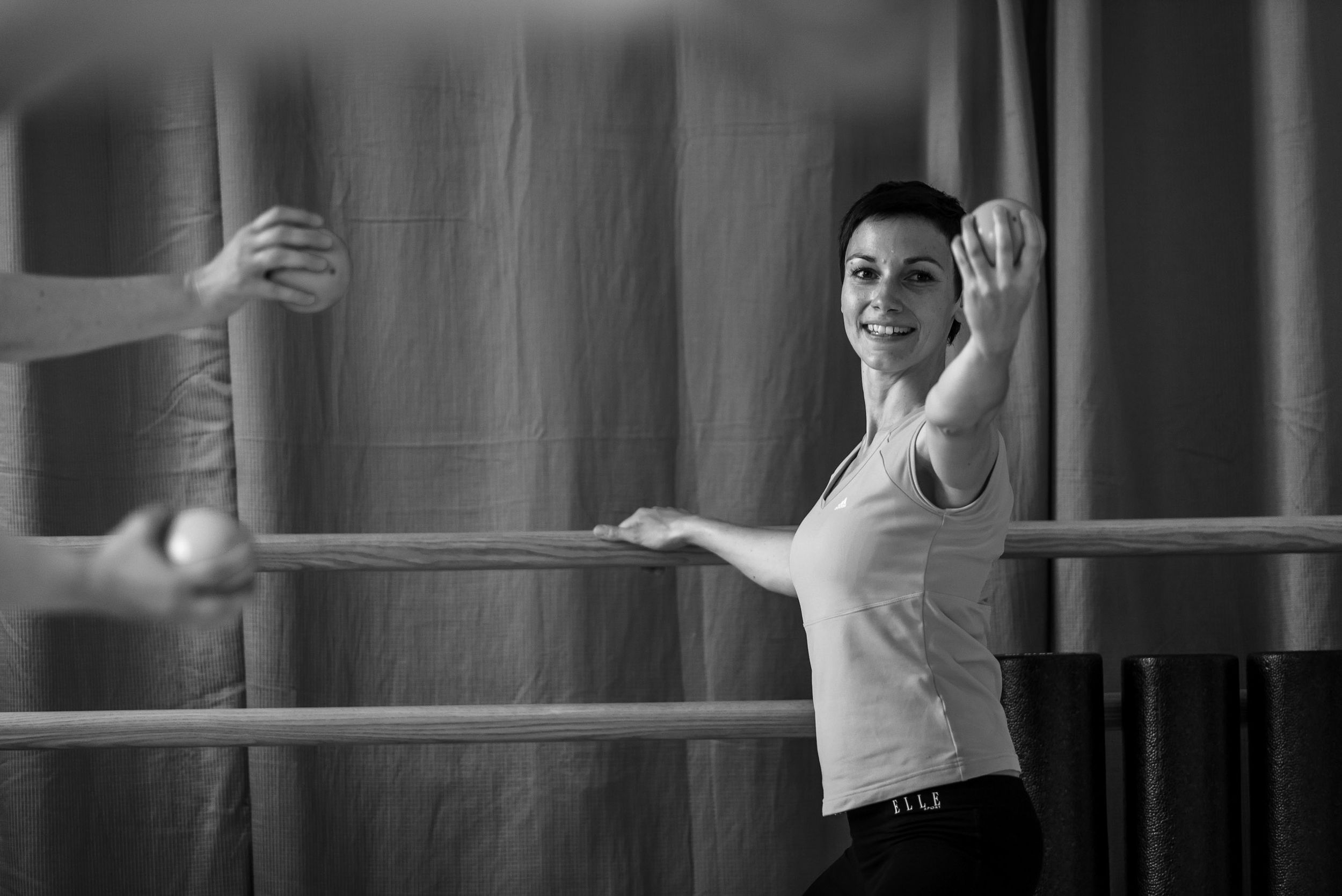 I first learned about barre exercises while locked in my college advisor’s office. Her name was Megan, and she was the type of person who would wake up, go jogging and drink a kale smoothie before I could brush my teeth. Unsurprisingly, Megan was also known for locking herself in her office and doing impromptu barre workouts. One day, I asked her to show me the ropes, and she told me, “It’s harder than it looks.” I’m pretty competitive, so I threw it back in her face. “It can’t be that bad,” I said.

As it turns out, we were both right.

After 15-minutes of pliés and back attitudes, I was sweaty, sore, and ready for more. If you too have been thinking about getting into barre, consider this your crash course.

The Beginnings of Barre

Barre may seem like a trendy, new exercise fad, but its beginnings date back to pre-war Germany. Today’s barre studios are based on the teachings of Lotte Berk, a Jewish ballerina from Cologne. In the 1930s, Berk and her husband moved to England to escape the rising tide of Nazism. Berk continued to dance professionally for several years until a combination of health and financial concerns pushed her to open her own dance studio. In 1959, she opened the Lotte Berk Studio in the basement of her West End home. There, she taught the likes of Brooke Shields, Barbra Streisand, and Joan Collins. Berk continued to dance and teach classes well into her eighties. She ultimately passed away in 2003 at the ripe age of 90.

In the 1970s, one of Berk’s students, Lydia Bach, bought the rights to her name and opened the Lotte Berk Method Studio in New York City. The studio rapidly gained prestige, and several of its original instructors began to open their own barre fitness chains. These spin-offs eventually surpassed the popularity of the original studio and ultimately forced it to close shop in 2005. Today, chains like exhale and Physique 57 have hundreds of locations all over the country. Bar Method has nearly 100 studios of its own, and Pure Barre has more than 300. Some studios even sell certification programs that pass on Berk’s teachings to a new generation of barre instructors.

Much like pilates and yoga, barre exercises work by isolating specific muscle groups with isometric movements. In other words, participants generally hold static poses rather than making large, compound movements. These techniques are thought to have two key benefits: strength maintenance and muscle definition. In contrast to traditional strength training, isometric contractions are thought to be better at maintaining strength than building it. This means that barre exercises will add minimal bulk and maximum definition. In addition, isometric movements are also thought to be less likely to cause repetitive stress injuries.

The Dark Side of Barre

Despite the numerous benefits, barre workouts have faced their fair share of criticism. Most of the negative press deals with potential joint damage. Some exercises, like the grand plié, require the participants to put weight on their knees for an extended period of time. Other fitness experts claim the barre exercises don’t raise the participant’s heart rate as much as cardio or traditional strength training. Perhaps that’s why every chain has its own spin on barre method. Take exhale — this combination spa and fitness studio was founded by Lotte Berk Method instructor, Fred Devito. Nonetheless, their barre classes incorporate everything from planks and pretzels to yoga and high-intensity interval training.

With so much variety, it can be difficult for first-time barre students to choose a studio. My personal recommendation? Buy a Groupon and try different studios until you find one that works for you. That said, here are a few distinctions between some of the largest national chains. Established by Lotte Berk Method instructor, Burr Leonard, Barre Method reflects the serious, results-oriented focus of the original ballet disciple. In contrast, Pure Barre borrows from the Soul Cycle model and incorporates high-energy instructors and playlists. exhale and barre3 reside somewhere in between these two extremes. Both studios focus on wellness and athleticism over form and discipline. Despite these differences, all four chains share several similarities — classes are booked online, cost roughly $25, and include low-impact exercises.

Before you book your first appointment, make sure you buy a pair of grippy socks to help reduce slippage. When you get your class, you can expect to see a long wooden ballet barre and several full-length mirrors. As you wait, participants will line up along the walls and begin to stretch. When class started, an instructor will walk the students through a variety of ballet-inspired exercises. Dance experience is welcome, but absolutely not necessary. Unlike ballet classes, instructors tend to focus on function over form. In addition, participants are usually more interested in their own development than judging their neighbors.

That just about it! You know everything you need to get started with barre. All that’s left is to take the plunge.

Caitlyn Morral
St Bonaventure University
519
Wordpress
Odyssey recognizes that mental well-being is a huge component of physical wellness. Our mission this month is to bring about awareness & normality to conversations around mental health from our community. Let's recognize the common symptoms and encourage the help needed without judgement or prejudice. Life's a tough journey, we are here for you and want to hear from you.