No college is perfect, and that is why Curry should listen to my improvements for it! 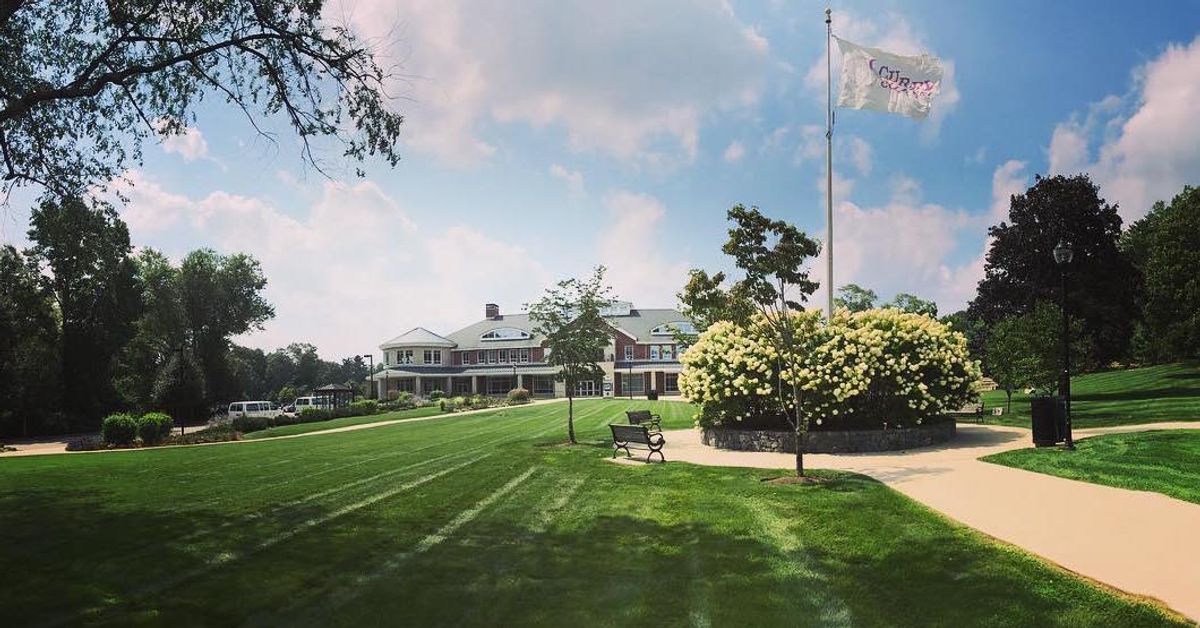 I spoke about the freshman lottery system in a previous article, where I suggested it be abolished and replaced with a merit based system. Before, I was arguing on principle, those who achieve better GPA’s deserve to pick classes first out of merit. Now, I will, however, look at this topic as it plays out, and why the current system is the worst of the potential options.

When I got the last day of course selection both times as a freshman I was frustrated because I couldn’t get into any 2000 level psychology courses. I didn’t understand the consequences or ramifications of this in the moment, I was more upset that I was paying a lot of money, and being a psychology major, I should be able to take those classes. I ended up taking a lot of classes I needed to complete my degree outside my major as Curry has a liberal arts curriculum. In no way did getting the last day twice hurt me in regards to eventually graduating, which was partially my concern at the time as I knew I would have to cram a lot of psychology courses into 4 semesters rather than 5-6.

As I watched many of my peers get inducted into Psi Chi (Psychology Honor Society), first semester of my junior year, I realized the ramifications of getting the last days to select courses my freshman year. In my previous article I had stated that I did not qualify for Psi Chi on account of not having enough psychology credits, I was however wrong. The actual reason why I had not been invited was my Psychology GPA. My overall GPA far exceeded the requirements, and I hit the bare minimum for credits at 9, having taken 3 psychology courses. With the Psychology GPA requirement being 3.4 I went onto a GPA calculator site to see what my 2 A-s and B- added up to 3.37. I had missed being invited by .03 GPA points.

I guess then I didn’t deserve to be inducted at that point. However, some context illustrates a different picture. If you take my entire college career, and at any point were to take a snapshot of my Psychology GPA, it was at this moment my GPA was at its very lowest. The B- that was accounted for when checking to see if I qualified is the lowest grade I received over 3 years at Curry, and the next lowest grade I have received in the psychology major is A-. The only time, GPA wise, I would not qualify for Psi Chi was in that very moment.

I think it’s pretty fair to say 3 classes really isn’t a good amount to illustrate someone’s consistency within a major, one bad grade from a good student like myself and you can just barely miss the cut, as I did. This is the product of one, a system that randomly designated me a selection day that left me having taken only 3 psychology classes when it checked my GPA, the only point in which I didn’t qualify, and two, the failure to advertise and bring to my attention in any way what it would have taken for me to qualify at that point or that I even could at that point.

For the potential solutions to the current freshman course selection lottery system, so something similar to this doesn’t happen again, there are two reasonable and clearly better systems. First, the GPA merit based system, and second a modified version of the current system.

As I have been thinking about this topic since writing last, I was going over scenarios where someone with perhaps a 2.0 GPA in Psychology got the first day both times, and thus had plenty of Psychology courses under their belt come first semester of Junior year, where they check and then invite those who qualify. I was thinking of what a student with a 2.0 would have to get the next 2 semesters to even qualify for Psi Chi. I did some math and it turns out someone with a 2.0 after the first semester must average a 3.86 GPA or higher in order to even get to a 3.4 by first-semester junior year. It then seems wrong to allow someone with a GPA this low, who likely won’t be able to qualify for Psi Chi based on GPA when they send out invitations to pick classes before someone with a high GPA that likely will qualify after 4 semesters, having maybe 5-6 psychology courses under their belt rather than 3.

As I illustrated before, the only thing that hurt me when it came to getting the last day was not getting invited to Psi Chi at the earliest point I could, due to a lack of solidification of my Psychology GPA. It then makes sense to allow those with the highest GPA’s to select first as they are the students most likely to have GPA’s that qualify. It would prevent what happened to me, because if I had the opportunity to take 1 more psychology course, assuming I would get the same grades I’ve received since then, I would have qualified. Interestingly, I think there is an easier solution, that resembles the current system and just fixes it to prevent what happened to me from happening again.

The current system is used to designate the days in which current freshman choose classes for their 2nd and 3rd semesters. It designates students in both cases to the last 3 days of course selection randomly. As you know, I got unlucky and was designated the last day both times. A way of making this system fairer would be to make it random the first time, and then based on this result, it would designate those who got the first of the 3 days the last day the second time, those who got the 2nd day the first time the 2nd day again, and those who got the last day the first time the 1st day the second time. If the system would have operated this way I would have likely had 5 psychology courses under my belt by my junior year, when Psi Chi becomes relevant. I think everyone would subscribe to this over the current system, it negates students from getting really lucky and unlucky.

Once I realized I could have qualified had I taken three psychology courses in my fourth semester at Curry rather than two, I was frustrated with the fact that the information I had at my disposal didn’t tell me this. Doing some digging, not only does the Psychology major not articulate what it takes to be invited into Psi Chi, but many other majors do a rather poor job of completely relaying the requirements to be invited to their respective honor societies.

I decided to email professors and assistants within the majors in order to see what the full requirements were. Most all the emails I received back articulated far more information than what the website displays. I’m not quite sure what this shows, but I think something like this should be in full detail on the website so easily accessible to all students.

I got some responses that left me laughing because they surely didn’t accurately describe the requirements. One response described one major’s honor society to require 60 total credits, a 3.4GPA, and to be a Junior or Senior. By this account, there is no specification of credits within the actual major, and based on this I could assume if I declared to be in that major right before they sent invites I would be invited despite having no credits within that major.

Perhaps the person I was talking to assumed I would meet that requirement, but that is still something that should be articulated. What if it was 15 credits, like many of the honor societies at curry are, and I didn’t know this due to it not being advertised and I purposefully was getting a minor out of the way and didn’t get invited due to this.

These things need to be in detail and on the website, and that goes for every major with an honor society, as every single person that responded to me gave me more information than exists on the website.

While I’m unsure as to how many other students have experienced something similar to myself, or whether any at all, or that this type of thing takes place still, nonetheless, if it happened once it can happen again. If Curry really cares about their students and their success they will listen to what I had to say in this article and make the correct changes in order to better the experience of students like myself and many others who want a system that is fair, and articulates what they must do in order to reach certain goals.