Staring back at prejudice and coming to terms with how the world sees me. 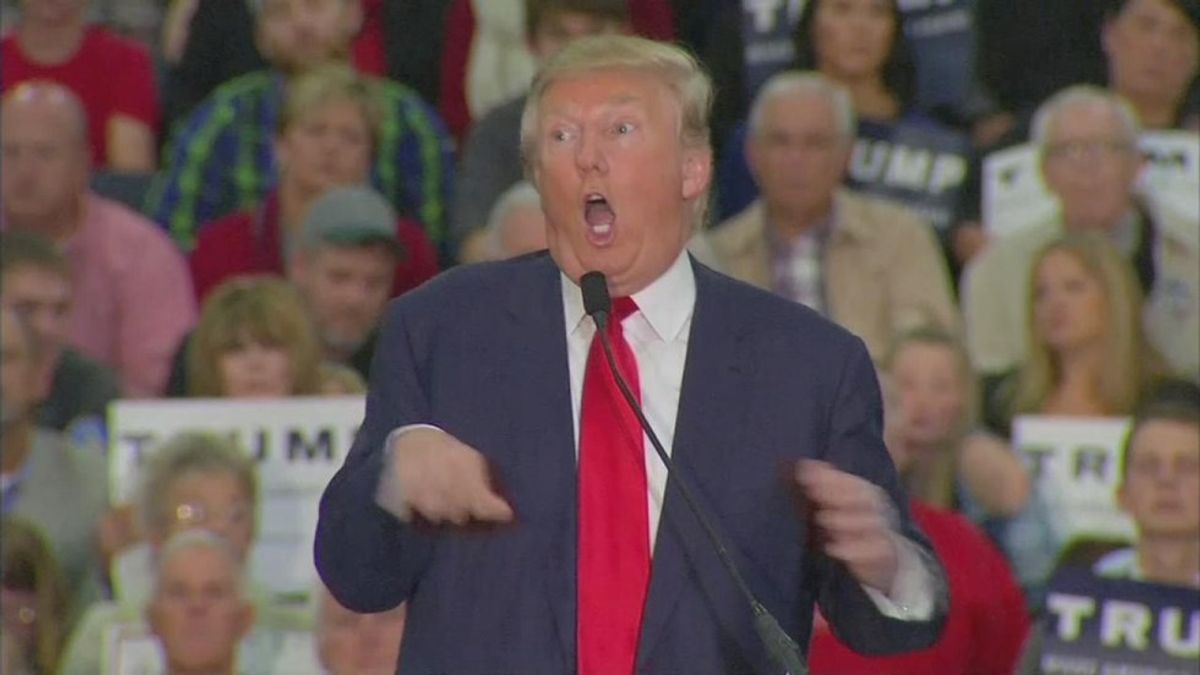 I made a promise at the beginning of this year. Not a big promise, just a little thing to help with my outlook on life. I promised to be more open about myself, about my past, what's going on in my head right now, the future and what I want from it.

The thing is, I'm rather bad at keeping to my resolutions, especially when it comes time to share. This year is different. If 2016 was the year of realizing things, 2017 is the year to act on them. It's a bit late, but I finally figured out what I realized last year: I hate the stares.

I hate when I go out in public, and people watch me as I walk past. Eyes trailing my every step, children pulled closer to their parents or else allowed to question.

The above statement reads strange. Allow me to shed some light.

February 11th 2002: A day my parents and older brother I'm sure will hold in infamy in their memories. For me, it was just a day, just a part of my life, not something that stands out as particularly bad. See, February 11th 2002 was when it all started. "The stares" I mean.

You have to understand, medicine was not where it is today 15 years ago. The diagnoses of a stroke in adults, was a diagnosis of impaired mobility that may even require assisted living. The diagnosis of a child having a stroke- well nobody ever spoke of that. Nobody wanted to say what would result from that.

Comprehensive Stroke Centers weren't really a thing, because the stroke centers were not comprehensive, and if an adult was lucky to live through a stroke, how could a child possibly?

The doctors didn't want to call it, whether it be diabetes, a seizure disorder, or just a kid fainting. Please just let it be a kid blacking out. But this kid, me, happened to have just the right combination of health factors and history to make it so.

From a school gym to an ambulance. In the hospital, rushed from emergency to MRI to ICU. Those doctors did not have good news.

Obviously I lived, that's good, but not without a price. A price I sometimes wonder why I have to pay. The medicine they gave to run the clot from my brain was only in its trial- with adults. I do not know very much about the drug they administered, but I do know one thing, that it didn't work.

Medicine did not dissolve the clot and by the time my body had...

"Muscle spasticity" and "dystonia" all along my left side. I'm no doctor but at 4 years old those words were too big for me to hold. All I knew was that I had a stroke.

I've grown up since then, and in the years between I have begun to understand the medical jargon that is thrown my way by doctors when discussing the best treatment.

Still despite my heightened vocabulary, the truth stays the same: one arm coils upward while a foot drags behind.

As a kid I was mocked for it. What else to do when you don't understand? I would cry to my mom about how the kid's laughed, poked, prodded, and asked. What was I to say even when most adults did not understand.

"Tell them a story," my mom would advise, "make them laugh then walk away."

I'm not good at telling stories, at least not stories about myself. I always just skipped to the last step, I stayed silent and walked away.

I always walk away.

As the years have passed so have the questions, slowly fading in the wake of the face I perfected to wear on the streets at day.

I have learned a great deal about people this way. In staying silent, refusing to contort my limbs in a way that looks usual, I have learned how people assume. My arm and leg were not the only things effected that day, one side of my face is pulled tight, one shoulder pulls higher. So walking down the street at a brisk pace, I look akin to Quasimodo and then I stop and listen.

Stroke care was not what it is today. And still today, I encounter people who need an explanation about blood flow being cut off, starving oxygen from the brain. In their disbelief that children don't have strokes, people assume that the way I walk and the effects of my stroke are genetic defects.

Broken bones, cancer, Down Syndrome, Cerebral Palsy-These are the things people think I suffer from just by looking at me. These serious conditions have been offered by kids teenagers and even adults, almost all of which don't know me. After their unwarranted and false visual diagnoses there was always an offer for help. I always stayed silent and walked away.

I don't like being around large groups of people, especially new people. It puts me on edge, I never know when or who will poke and prod me until I snap. I yell at the sky, "nothing is wrong with me please go about your day! It is not your place nor business to give your own diagnosis." and then run away.

I always end up running away, even now. Among my friends I'm fairly open, but it draws a line so fine in the sand that only deepens as they walk quickly ahead and I fall behind. I fall behind and become subject to the gaze of others, alone.

I've made a promise though, a promise to be open and that involves going outside. It hurts, because I might just be imagining it, but I can feel the stares as I walk by. I don't know if it's kindness or hostility that lies behind their eyes.

This promise has all come to fruition these past couple of weeks. It may be premature, but I think I have figured out why.

In just a few short days our country will don it's finest cloth and celebrate Inauguration day. People take cue of what is acceptable from those in higher power. On January 20th a man will be sworn in to the highest office our country holds. This man, with the possibilities of what he might do aside, has already made me scared. He has shown large swathes of the public that it is okay to mock and ridicule those who do not look like you. In doing so making the world a more dangerous place, because if the president-elect can look at me and laugh, what will the people who see me on the street do? Will they continue to stare or will they do something more?

All my life I have been the one to look away, to pretend the stares do not exist, that the curiosity of others does not rub me the wrong way.

No more of that I say. From now on, I will meet the gaze, hold the stares until it is the other person who is forced to look away. I am not ashamed and will not hide.

I will hold the gaze as my weapon so they cannot cause hurt others and think is okay.

Emmaline B
The Narrative
4600
https://unsplash.com/photos/O0T1SIgHAfM