Home can be found in so many unexpected moments. 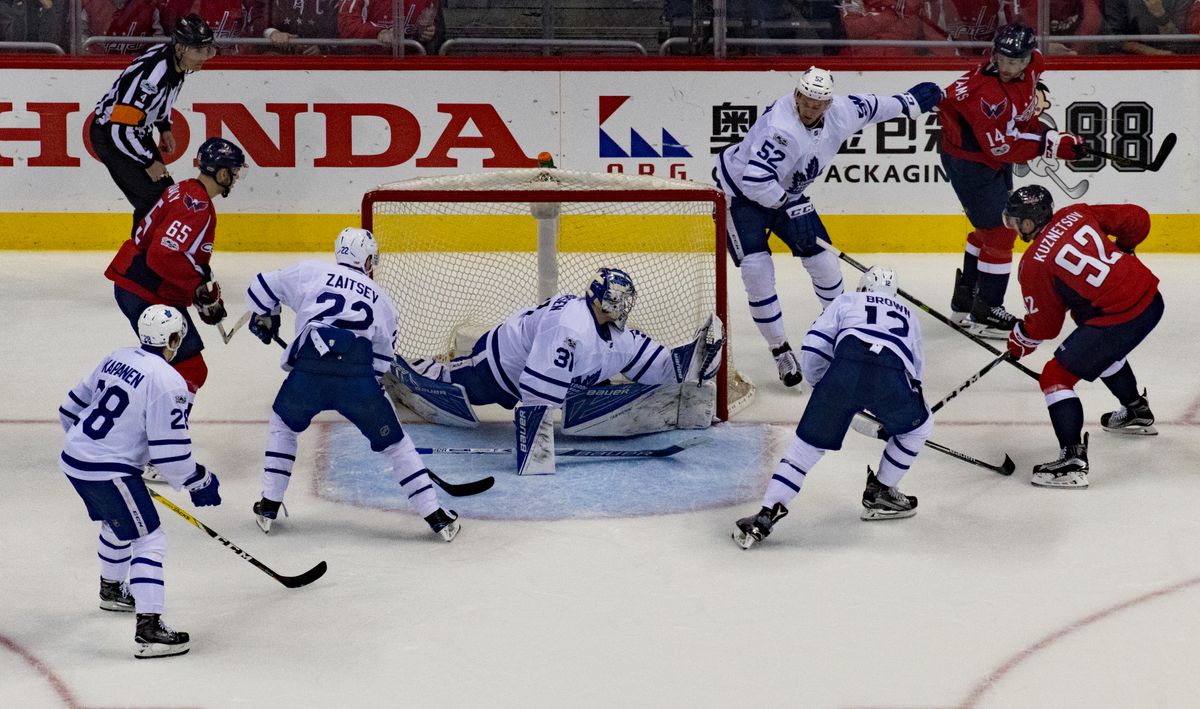 I think everyone have memories in their lives that form their definition of home. Here are a couple of mine. Oh. And they all have to do with ice hockey — yeah, I didn't see that coming, either.

Now, I’ve never played hockey — I never even dabbled in field hockey. Up until recently I haven’t even really watched hockey. Still, I’ve always liked the idea of hockey. I’m terrible on a pair of skates so it’s admirable to me that people can ice skate, let alone carry around a giant stick and wack a tiny puck around while ice skating. I know if I ever tried to play I would just end up with the stick defying physics and bending around me as my legs contorted into a knot below me. Yes, it would be that bad. That being said, as much as I haven’t actively sought out hockey as one of my interest, it has popped up in my life all over the place.

My first encounter with hockey was when I helped my friends’ brothers lug their giant hockey bags and various pads down the stairs and into their Suburban at the tender age of nine. I remember stumbling down the stairs, a stick hitting me in the head, and one of the brothers laughing and asking if I was okay. To some this may seem like an embarrassing memory but, to me, it’s a memory that feels like home. Even though I haven’t seen this family that I frequented the house of in around eight years, the moments and memories I collected while they allowed me to be a small piece of their family are moments I cherish and hold onto. Because of them, when I think of hockey, I think of home and, when I think of home, I know that sometimes it can feel like being hit in the head with a hockey stick and laughing about it. This is something very integral to my character. When you take a punch, laugh about it.

My second encounter with hockey was just last Fall when I was invited to go to one of CNUs hockey games by a group of friends I’d only really met that September. I remember not really wanting to go at first as I’ve always felt really uncomfortable in group settings and, especially, in crowds. Still, the group of friends were able to convince me to come and when I did – I had a blast. For the first time in my college career I felt like I had friends. Now, maybe that’s pathetic for someone that was a sophomore at the time, but it was my reality. During my Freshman year I was so close-minded to making new friends. I justified it by saying I just didn’t really fit in with anyone but…I didn’t really try to fit in, either. Freshman year was one of the loneliest years of my life with my only saviors being my two roommates — whom I also was determined I would not actually be friends with. Roommates were roommates, after all, not friends. It’s silly now that I set such strict boundaries for myself. Still, last fall at a hockey game I broke those restrictions I had unintentionally put on myself and just let myself enjoy being around other people. I let myself take the risk of letting people get close enough to me to make a judgement about me as a friend. That hockey game, as silly as it seems, acted as a catalyst for letting myself take other risks and, as a result, I ended up having the time of my life in Beijing the next semester. I also found some really great friends that I can call 'home' while I’m at CNU.

My most recent encounter with hockey was the result of my boyfriend’s interest in hockey. We went to a Capitals game on a Friday night — they were playing the Pittsburg Penguins, just in case you’re in the know about hockey and want to know which game it was. I had a lot of fun watching the game. The Capital One arena was nearly filled with fans and their excitement was palpable. As much fun as it ended up being, however, that wasn't why going to that game was so important. The point was doing something for the sake of someone else — someone I care about a good bit. I could have decided that no, I wasn’t going to go to a hockey game because I’m not interested in hockey. That’s a choice I could have made. If I had made that decision, though, I wouldn’t have been able to see how happy he was watching that game. I wouldn't have been able to document in my mind how wide his smile stretched across his face or how flushed his cheeks got from the cold. I wouldn’t have heard how hoarse his voice sounded from the excited yelling and hooting. I would have missed myself realizing that he has also become someone that is like a home to me. And what a shame that would've been.

So, there they are; some of the moments in my life that have really given me my definition of home. Maybe they're silly or insignificant to anyone other than me but maybe you'll think about where or who or what you consider home today, too.

Caitlin Marie Grimes
University of South Florida
2303
Beyond The States