17 Hit Songs We All Rocked Out To In 1997
Odyssey
CurrentlySwoonLifestyleHealth & WellnessStudent LifeContent InspirationEntertainmentPolitics and ActivismSportsAdulting
About usAdvertiseTermsPrivacyDMCAContact us
® 2023 ODYSSEY
Welcome back
Sign in to comment to your favorite stories, participate in your community and interact with your friends
or
LOG IN WITH FACEBOOK
No account? Create one
Start writing a post
Entertainment

The music that defined my adolescence 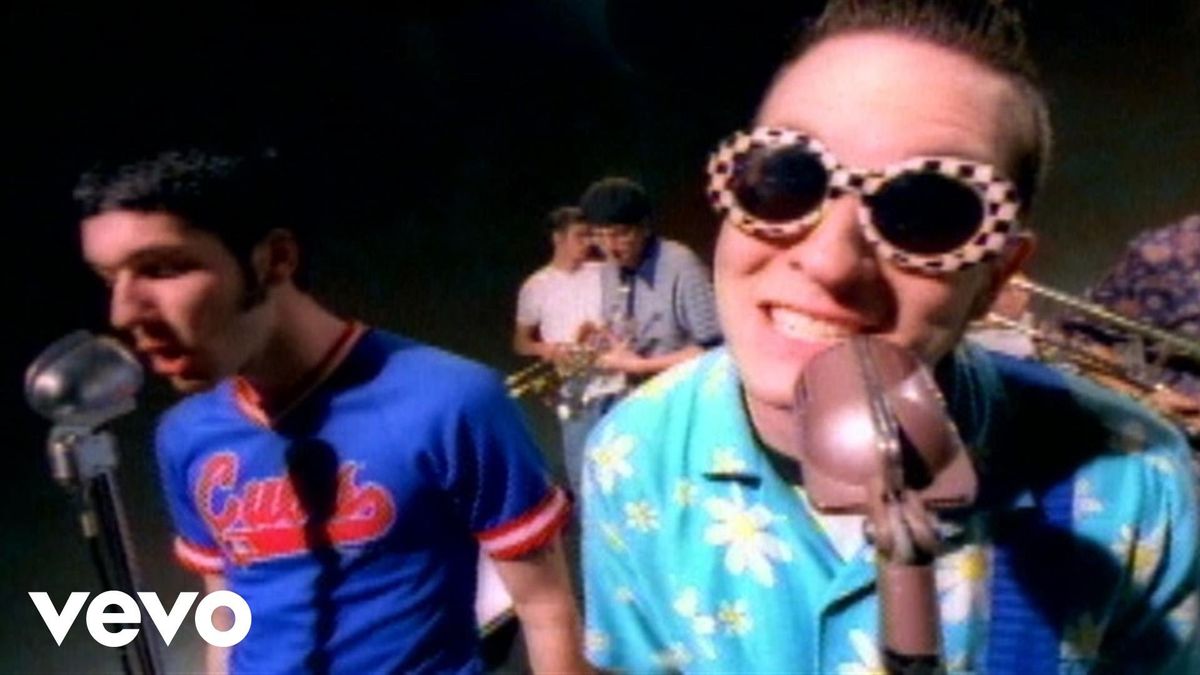 In the summer of 1997, I was about to embark on a part of my life that affects everyone when they reach the start of their adolescence and teen years: The impact of the music.

To this day, 20 years later, I still remember these tunes being played (and overplayed) on the radio as music that I remember listening to on the ride to school or hanging out with friends while listening to 106.5 The End outta Charlotte NC. I even met someone that moved from California that summer in my apartment community that introduced me to Ska music, and what a perfect time for Ska to hit it big that year. So without further ado, let's get into my 12 year old's mind of the wide world of music that were hits that year.

The Verve Pipe - "The Freshmen"

This was a song that I remember hearing on the radio usually before I fell asleep at night. It seemed so mellow and relaxing to listen, and gave me thoughts of what it would be like in a few years when I did become a freshmen in high school. It can also apply to college, but my brain didn't go that far in time.

I'll never forget seeing this music video in my friend's apartment bedroom one night when we were checking out MTV. My friend Joey and I saw this and said: "This is a joke right, this cannot be a real thing!" Turns out it really was real. Aqua seemed to come out of nowhere, and was a huge hit on the radio that year for the pop stations. Aqua still makes stuff today, but they are mostly more popular in Europe than in the states. I got to become a bit of an Aqua fan when I had friends in high school who listened to them, which you gotta admit, it can put you in a good mood.

The Mighty Mighty Bosstones - "The Impression That I Get"

When you tell me what ska band I enjoy, the Bosstones are the boss on my list. Ska was starting to get on the air with alternative rock stations, making their range much larger. They even had their music videos on MTV, and played at spring break shows. The band broke up for a while, but after a few years came back even better than ever. I plan on seeing them live one day. Speaking of ska bands I've seen live...

It wasn't until that summer of 2007, 10 years after I knew about Reel Big Fish that I saw them on tour with a friend in Richmond VA. Although my friend Josh and I caught the end of their show by the time we showed up, it was fantastic to see them play in person. Reel Big Fish will always be my favorite band, and this song was a big hit for them at the time. RBF still exist to this day and thank god they do. They seem to be popular enough to do the English openings for anime shows like Rave Master. So hey, the Fish ain't going nowhere!

This was another song I remember only because it contained Missy Elliot in a trash bag the entire time. I didn't know what this was supposed to be about, but it has stayed in my memory all these years later.

This was one of these dance songs that pop stations at night would play that I remember listening too. As cheezy as the beat might be (and this video), this worked for the time. You can put this up there with Quad City DJ's if you ever need a mix of music for a 90's dance night.

Smash Mouth - "Walkin' On The Sun"

Smash Mouth seemed to come out of nowhere and had this song be played on the radio about every single day. This made it to any Billboard Top 40 radio station playlist. This to me is one of Smash Mouth better songs out there (way better than that song from the Shrek movie)

Sugar Ray "Fly" was another song that played every single day on the radio. Even to this day, it's not a bad song. It's pretty mellow and laid back to listen to about a guy who... just wants to fly. It's good to know this still stands the test of time, unlike other songs...

What the hell was this song about? No really, I'm asking you. Hanson was this group that people thought were girls but turned out to be dudes, that every girl really liked for some dumb reason. Any self-respecting guy HATED Hanson (as far as my logic went), and the song, while a bit catchy, was still totally dumb. Here is an example of a pop song that needs to stay buried in the 90's, for good!

Another overplayed song that I heard on the radio about every single day, and it overstayed it welcome. So what if you're a bitch Meredith Brooks, who cares! I sure don't, but I guess you had to write a hit song about it didn't you!

Here is a one hit wonder that year that came and went. It's really the spokesperson of alternative rock for making a song that makes no sense but still has that mellow guitar feel that radio stations picked up and played the heck out of it. Even if it wasn't my favorite, I'm still gonna remember it for years to come, so I'll give it that.

Savage Garden - "I Want You"

Another cool song on the radio that made it big. I got nothing against Savage Garden as a band, and the song is still remembered to this day. It's so popular that it became the ending theme to an anime series called Jojo's Bizarre Adventure. I have to say that is pretty cool.

This is probably my favorite Foo Fighters song. I didn't know who they were before, but I'm glad I know who they are today. The music video is pretty neat to watch, and I miss narrative story telling in music videos these days. It seems that this kinda creative art is disappearing slowly over time.

I remember seeing this video weeks before Biggy death. I wasn't really into rap at the time, but the friends I knew who were into them really dug this song. This to me is a very well done music video with action, something of a story, and Biggy throwin down those phat rhymes. Upon Biggy death, his friend and fellow rapper Puff Daddy (or P Diddy, Puffy, Sean Combs, whatever the hell he's gonna be called in a year from now) did a great tribute song to his passing from Sting "I'll be Watching You."

I'll go ahead and end everything from another big pop group that stuck around for a few years before breaking up into the new millennium. Spice Girls made international attention with their pop music, and people still remember who they are to this day.

While that's not every single song from 1997 I posted, those are the ones that were impactful to me that year. I hope you can dig them like young innocent me did, and hope you can remember them well 20 years later.

Spice Girls - "Spice Up Your Life"

Nicole Marie Nigro
Individual Creator
9188
c1.staticflickr.com
Where to start...... Let me start with the cliche that life throws us curveballs and what we do with it is what counts.