A Brief History of Art
Odyssey

A Brief History of Art

From Antiquity to Impressionism 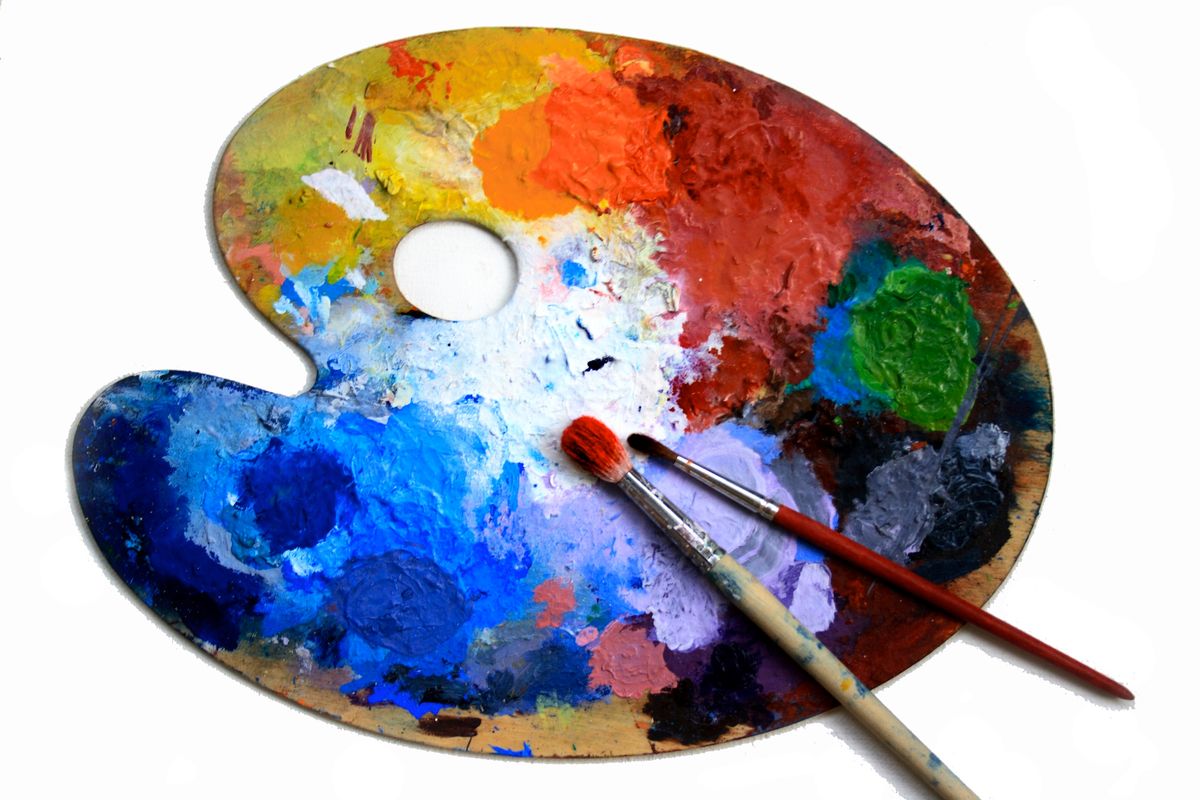 Many times, it's easy to stick with what you're comfortable with. For example, I like theology, so I stick with reading about theology.

However, sometimes classes force me to go outside of my comfort zone, and pursue other topics. For example, I recently had to do a class all about Christian Art. And research art. And write a paper on art.

Art, of course, is a different animal than theology. However, it's not exactly foreign to it. Theology isn't just expressed in Hegelian systematic giants: rather, it is expressed in life, and in the art of life.

Therefore, what follows is a short history of art, from Late Antiquity to Impressionism. Hopefully, for people that are curious, this will make for a good overview.

Generally, the era of Late Antiquity represented a transition from classical modes of artistic style to a more medieval artistic style. However, the basic philosophy of art, as it were, stayed static. By the year 300 c.e., most Christians had accepted sculptures (which they had originally been suspicious of, because of their use in Pagan worship. With this, of course, came the greek idealistic realism which characterized the Hellenic Aesthetic. However, if one examines sarcaphogi from this time, one notices an explicit “dogmatization” of artwork therein. Here we see a more narrative, stylized, and even spiritual artform emerge. Art, it was thought, had the job of communicating the incommunicable, not the earthly. The Greek ideals were, in good neoplatonic fashion, internalized, and so the foundation began to be set for medieval art to build upon.

Art in the medieval ages, for the most part, carried with it the now-spiritualized Greek Idealism. Further emphasis was laid upon one’s experience of the artwork, as can be seen in the Fransiscan piety movement and its influence on art. However, the foundations of classicism are apparent, as translated to the medieval church by the late-antique philosophical style, and so, I think, we can view this as one continuous tradition.

The first massive change in the history of art in western culture happened during the Renaissance and Reformation. The project of the Renaissance was a restoration of the Greek Idealism obscured by late-antique philosophers. The project of the Reformation ended up being, though only tangentially, the elimination of the single largest patron of aesthetics: the church. This cannot be emphasized enough: the iconoclast movements in England and Northern Germany were the single most traumatizing event in the history of art, and event which forcefully divorced it from its long-time lover, the church. And so, the patrons of the artistic vision became, instead, the aristocracy. Portraiture became a major part of an artist’s duty.

As E. H. Gombrich reminds us in his history, The Story of Art, not even the trauma of the reformation could effectually change art’s purposes. Yes, it changed its patrons; however, it did not change the fact that an artist’s responsibility was to “supply things to people who wanted them and enjoyed them.”[1] And so, on a wide scale, the tradition which relied on classical antiquity did not change, either. However, by the end of the 18th century, common ground between the new artists and the old aesthetic tradition began to give way, as a “modern aesthetic” was fashioned for the modern man.

The fall of the Bastille in 1789 did not only represent the fall of a hierarchical, medieval tradition of the “divine right” of Kings. Rather, it also represented the overthrow of the classical and medieval aesthetical heritage. This is because all of a sudden, the arts could no longer be primarily funded by the nobility- rather, this era of history was characterized by an overthrow of the nobility![2] All of a sudden, “style,” like almost every other part of society, was to be grounded not in the Greek metaphysic of the past, but rather upon the foundation of the modern metaphysic: pure reason.[3] The “rules of architecture” were subject to a modern strictness, preferring only the “correct” and “exact” measures.[4]

Likewise, during this time, one saw a break away from the traditional figures of Church art, and a return to the ancient Greek and Roman heroes.[5] However, this was not a return to the idealism of the past: rather, it was a romantic conception of the French revolutionaries being reborn as the antique Greeks.[6] Painters like Jacques Louis-David, Marat, Goya, and Rembrandt all asserted their independence from the past in these new romantic techniques, emphasizing enlightenment values of nature, reason, the individual, equity and justice- that is, as Gombrich so eloquently says, they were free to be “poets in painting […] conjur[ing] up poetic moods” to describe their experience of culture and the beauty of French enlightenment philosophy.[7] And so, the way was paved for mature modern art to firmly establish itself as a permanent revolution.[8]

As on the one hand the French Revolution had effected the personal-side of art in the western hemisphere, the Agricultural and Industrial Revolution, on the other hand, began the process of making art a product of machine production. The result was a public consumption of art which was focused on a tightening of the rules of style, demanded the personal expression of the romantics, and was mass-produced by machinery.[9] And so, it seemed that artists were in an impossible situation: one could not repristinate, for then no one would think of you as a modern artist; likewise, you could not innovate, for then you were defying the already reasonable rules of style and taste.[10]

The result of this “impossible place” was this: artists began to lack job security.[11] The taste of the artist and the public were becoming so much at variance that modern artists began to distrust the very people for which they painted: the situations made them question why they had even come into the world at all.[12]

This general distrust and disuse for artists in society made artists see themselves as a “race apart,” different from the everyday working man.[13] The job of art was no more to supply things to people who wanted them and enjoyed them: rather, their art was intended to shock the wealthy out of complacency and leave him bewildered and bemused.[14] Finally, for the first time, art was the perfect medium by which to express individuality- “provided,” Gombrich reminds us, he “had an individuality to express.”[15]

This era of art was an era of self-expression practically unknown before. It was characterized by a first wave (typified in by Delacroix), a second wave (instigated by Courbet), and a third wave (which was begun by the works of Edouard Manet and his colleagues), each more radical than the next.[16] Finally, it was decided that academic rules had no role to play in genuine art: rather, we must trust our eyes, and see what happens when we break these rules.[17] In this way, Impressionism is the artistic companion of the “Kantian Revolution”- a shift of emphasis from the “object” (the thing depicted) to the “subject” (the person depicting).

This concludes our short history of art,, from Late Antiquity to Impressionism. My hope is that what I have thrown together is at least partially helpful- if nothing else, as a guide to the general movement of art for the last two thousand years.