The Hippodrome Theatre Presents "Whatever Happened To Baby Jane"
Odyssey

The Hippodrome Theatre Presents "Whatever Happened To Baby Jane"

An inside look at the Hippodrome's interpretation of a classic horror film. 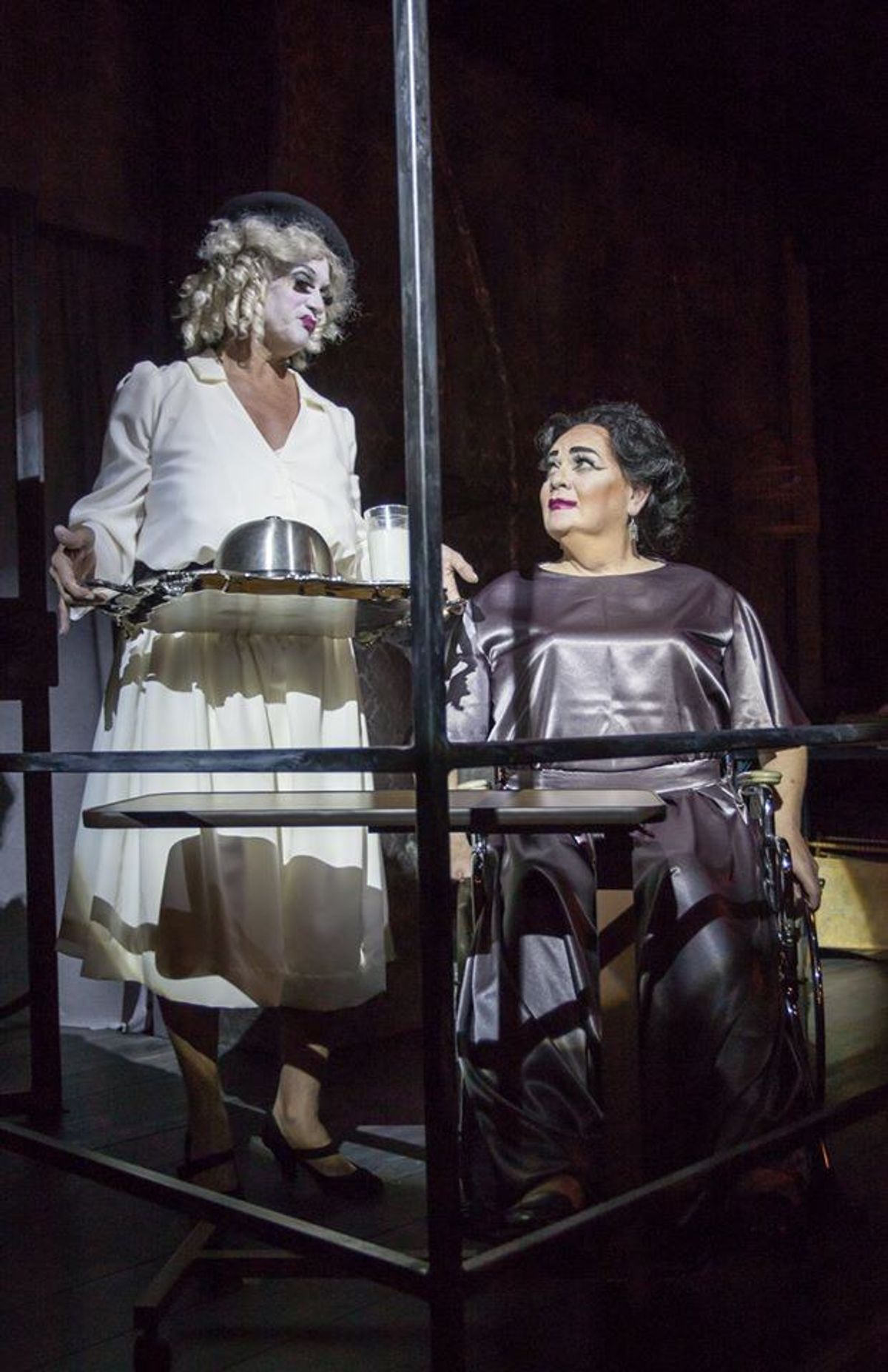 Michael Eaddy and the Hippodrome Theatre

With Halloween around the corner, one might be looking for the perfect event that balances laughs with thrills. The Hippodrome Theatre, a company that puts on a Halloween-themed show each season (i.e. “Slasher,” “All-Girl Frankenstein”), just opened the East Coast premiere of “Whatever Happened to Baby Jane,” adapted from the 1962 black-and-white psychological thriller movie by Dale Guzman. This play, first premiering in Canton, Ohio being staged by Gilda Shedstecker productions, is a stage horror parody of the film responsible for relaunching the falling careers of aging actresses Bette Davis and Joan Crawford.

Director Lauren Warhol Caldwell was excited to work on this show. "We've been waiting for a very, very long time. There's been chatter around the country about an adaptation for the stage of 'Baby Jane,' and, finally, there was one that we thought was pretty good, and we snagged it."

This story takes place over the course of about three decades. Baby Jane Crawford is a famous child star known for her work as an actress and singer- much to the jealousy of her older sister Blanche.

When Blanche gains greater fame in the Hollywood scene, releasing more praiseworthy pictures than her sister as a child, Jane resorts to alcoholism to nurse her inflated ego. Blanche becomes paralyzed from the waist down when Jane allegedly runs over her sister with her car. Jane does everything she can to make Blanche's life miserable and frightening while attempting to make a comeback with her own career.

I was fortunate enough to attend one of the rehearsals and speak with the cast and director of this production.

Caldwell discusses how "Baby Jane" is seen as an aging child star's slow descent into madness. "Sometimes, people are just born with a computer chip that just gives them this ego and hubris...What happens is, [these stars a]re the ones who are earning the buck...[and] the more money she makes, the more famous she becomes, and that ego begins to grow out of proportion...We are catching [Jane] at the brink of this [dissent]."

Whether you constantly read tabloids about the trials and tribulations of former child stars like Lindsey Lohan, Shia LaBeouf, and Macaulay Culkin, or are a student at an academically challenging and high-pressure university coping with the stresses of no longer being the best or brightest in your class, this production can remind us of the very flaws that make us human.

Bryan Mercer, a Hippodrome veteran, who plays Adult Jane and music directs this production, takes on the challenge of portraying the role created by Bette Davis in the film in a believable manner while remaining true to the film. "We aren't trying to reinvent the wheel on it," Mercer says. Despite being a huge Bette Davis fan (even seeing her perform in Daytona Beach as a child), Mercer found his role daunting in a unique way. "When Warhol [Caldwell] talked to me [about the show], it scared me to death because we're riding that fine line of impersonation...but [have] to give [those familiar with the film] enough of what they want, yet take it to the next level."

Mark Chambers, who plays Adult Blanche in this production, has a similar weight placed on his shoulders, by playing the role originated by Joan Crawford. "I can never be Joan Crawford. She was an iconic, gorgeous woman, even in her seventies." When experimenting with Crawford's vocal and physical mannerisms during the rehearsal process, Chambers realized that he had to bring elements of himself into the role of Blanche.

With the gradual addition of props (including a lifelike "Baby Jane" doll), period costumes, makeup (including female aging makeup for the two leading men), lighting, and even projected footage from the original film, this production of "Baby Jane" will be cohesively creepy yet campy.

Whether you are from a generation that knew and loved "Baby Jane" or are completely unfamiliar with the film, Davis, or Crawford, you will be able to gain insight on the world of old Hollywood, think about how young performers of today enter a state of insanity after they are deemed unfit to continue working in the business, and enjoy class act performances that breathe new life into an old film.

Whatever Happened to Baby Jane?

*Member of the Actors' Equity Association, the Union of Professional Actors and Stage Managers in the United States.