An Open Letter To Stacey Dash
Odyssey
CurrentlySwoonLifestyleHealth & WellnessStudent LifeContent InspirationEntertainmentPolitics and ActivismSportsAdulting
About usAdvertiseTermsPrivacyDMCAContact us
® 2023 ODYSSEY
Welcome back
Sign in to comment to your favorite stories, participate in your community and interact with your friends
or
LOG IN WITH FACEBOOK
No account? Create one
Start writing a post
Politics and Activism

An Open Letter To Stacey Dash 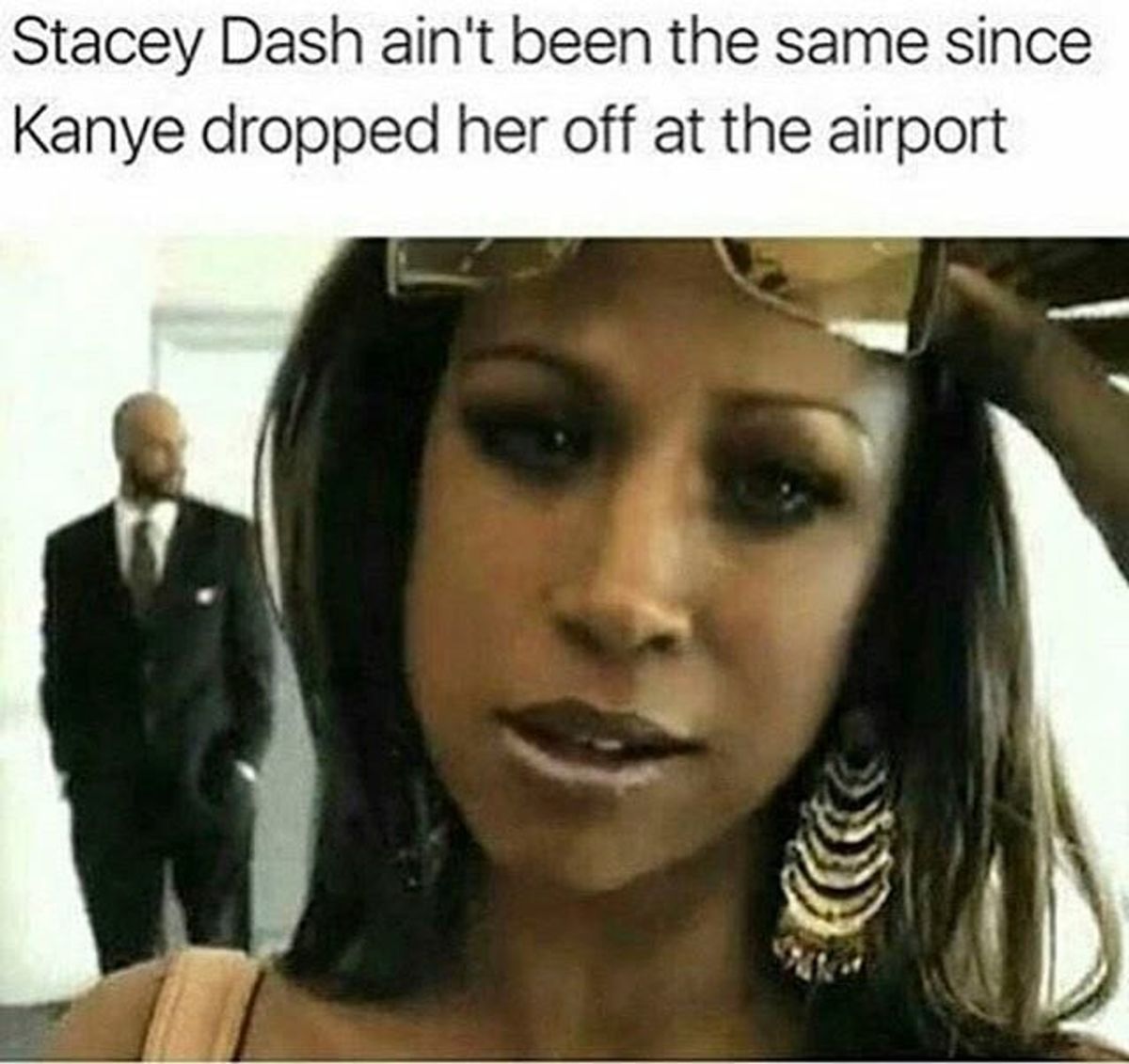 This past week, actress (and I use that term loosely), Stacey Dash, made an appearance on the morning show Fox and Friends. During her time on the show, Dash was asked about the longstanding criticism of the lack of diversity within the Oscars nominees. Among other things, Dash went on a tangent that expressed her views on the Oscars, BET, NAACP Image Awards and Black History month. If you didn't see it, you can check it out here. In response to her monologue, I wrote an open letter to Stacey Dash, which you can read below.

I write this with the most love in my heart that I could gather on this winter morning. You were the center of attention in one of my favorite Kanye West videos, "All Falls Down" and one of the most notable characters in one of my favorite movies, Clueless. With that being said, there is separation between art and the artist. The comments you made on Fox and Friends on the morning of January 19th not only reflected your disillusionment, but also your flat out ignorance of the hardships Black Americans face in entertainment and everyday life.

For you to get on national television and utter the words, "there shouldn't be a Black History month," lets me know that you and I must not live in the same country. As someone who is currently in the American education system, I can tell you that we do need it. February is about the only month we talk about a Black person outside of the context of them being a slave. However, I'm not sure you would know this because you went to High School in my home state of New Jersey and attended Paramus High School, but I'm not sure if you actually went to class.

Maybe you treated your actual high school experience like Clueless. Maybe you just didn't show up and they gave you a diploma and because they didn't want to leave you in the New Jersey school system. However, your comments didn't stop there. You preceeded your comments about Black History month by asserting that we don't need BET, the BET Awards and the Image Awards.If it weren't BET, you wouldn't be getting them nice royalty you've been getting. Last time I checked, BET has been throwing checks your way a whole lot longer than FOX News. Without BET, some of us wouldn't know who you are. It sounds more like you're bitter. In addition, you asked why is racism and The Academy now becoming an issue. News flash! It's been an issue.

Actors complained about this last year, the year before, in the 90's, the 80's, etc. As Marc Lamont Hill pointed out, the fact that we can name all of the Black actors and actresses that have won Oscars is enough of a problem. Its been an issue, the media is just now covering it more than ever. Also, when did you become an authority on the Oscars? You haven't award for acting in your life. Who are you to be judging other people's acting? You judging other people's acting is like Young Thug critiquing other rapper's lyricism.

Who asked you? We don't need you. What annoyed me more than anything is that you started your whole monologue on Fox & Friends with the word, "we". Ms. Stacey Dash, you have never been and will never be a spokesperson for the Black American community. We need to make up our minds? I've made up my mind and what you said is not it. Anyone who has common sense would know that it would be ill advised to go on national television and speak for the entire Black American community, let alone Fox News. I guess common sense isn't so common.

I guess Kanye was right in not letting you speak for the entire video because you might have messed up the entire video by talking. It makes sense that you were able to play the role of a high school student at age twenty-eight because your mind was at a high school level, but that's neither here nor there. Next time, just answer the question that is asked. The interviewer asked you about the Oscars, not the BET Awards, the Image Awards or Black History month. I'm just trying to help you out. Stick to what you're good at, whatever that may be.

Nicole Marie Nigro
Individual Creator
8779
c1.staticflickr.com
Where to start...... Let me start with the cliche that life throws us curveballs and what we do with it is what counts.