THE INDUSTRY IS A GREEDY GAME

THE INDUSTRY IS A GREEDY GAME

Apple probably has the right our firstborn children and none of us know. 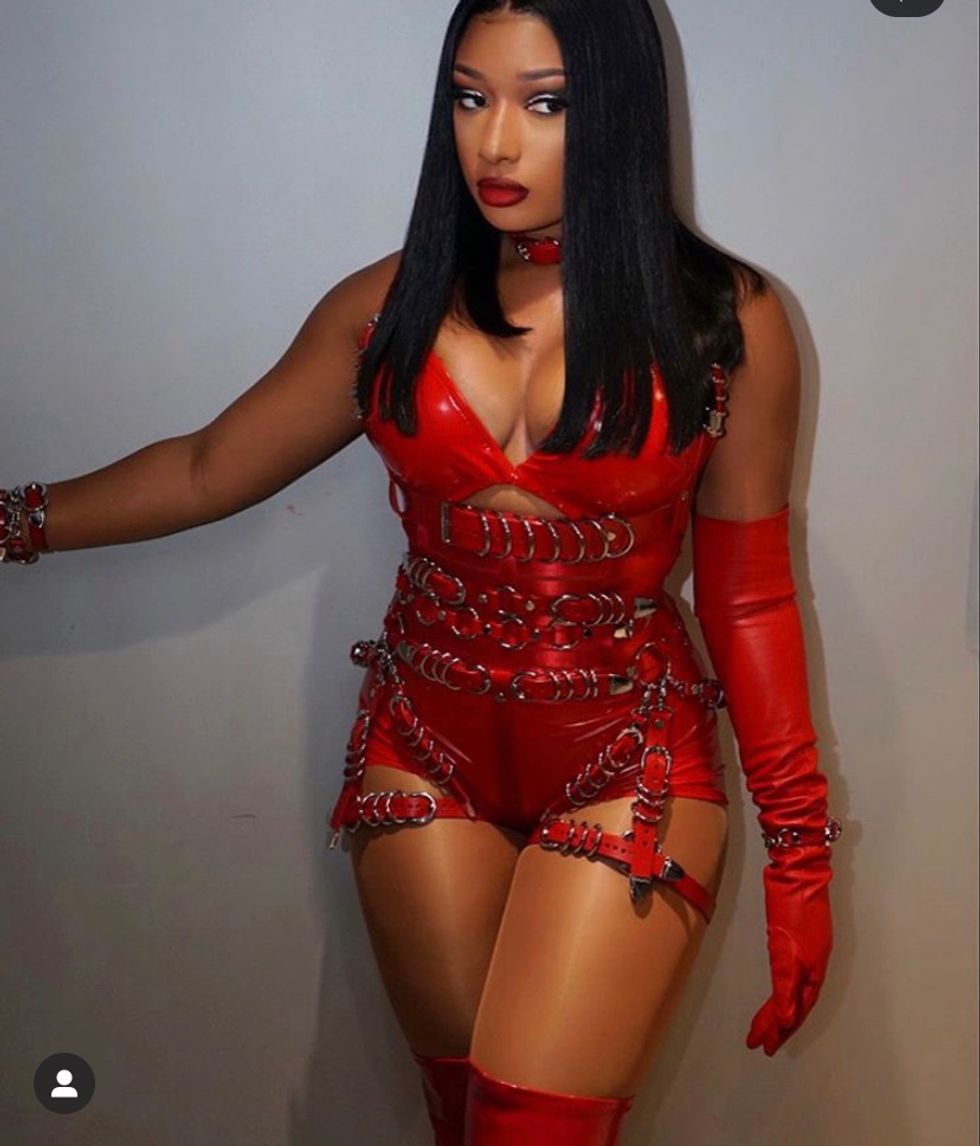 When rap artist, Megan Thee Stallion, got on Instagram Live to tell fans she cannot release new music due to contract disputes after asking to renegotiate the terms of her contract with 1501 there were a lot of mixed responses. During the live session, Megan said she signed with the label when she was twenty and was not aware of the different clauses in her contract. It was only after inking a deal with Roc Nation and talking to different lawyers that made her want to renegotiate the terms of her agreement. Megan described the industry as a "greedy game" where "niggas don't even care about what's right. They care about money in the end".

The responses to live have started an online discourse where fans started the hashtags #FREETHEESTALLION and #FREEMEG that the rapper has retweeted and thanked her followers for the support. Other responses highlight a different issue of the industry - responses ranging from "how could she not read her contract" to debates over which artist signed the "dumbest" contract. People wanna know how could she be so stupid and act without properly reviewing the conditions of her contract -I mean, Megan is a college student - she should know better right? How many of us know better?

How many people actually the terms and conditions before they hit accept?

Apple probably has the right our firstborn children and none of us know. Instagram has the right to give away or sell any of our content or use it for its own purposes. Who knows what weird deals Mark Zuckerberg is using your #brunch photos for. But this is all in the terms and conditions we all read before we accepted right? Why should anyone of us be surprised because if we didn't like the terms of use who could have easily not downloaded and signed up for the Instagram app right?

What other things are neatly tucked and filed under the terms and conditions section that we all blindly accept? Instagram is an app that most of use to give updates of ourselves - post pic of us at a basketball game or in our ugly Christmas sweaters with our family so, we have no problem with the unfavorable conditions we have accepted, but for people who want to enter into the music industry; terms and conditions are everything.

And unfortunately is not just Megan who fell victim to a manipulative label trying to cash in on the dreams of a young desperate artist. We have seen back and forth war between pop artist, Taylor Swift, and manager, Scooter Braun over the rights to Swifts' masters. Back in 2011, a law firm conducted an audit on behalf of Beyoncé after Live Nation Entertainment came to her with the belief that her father (who was her manager at the time) had been stealing money from her I Am...Tour. Legendary rapper and member of rap super-group, N.W.A, Ice Cube spoke out heavily against the group's own manager and how he was exploiting the group's talents under the guise of protection. The dispute over royalties came to a head with the diss track, "No Vaseline" where Cube attacks the groups' manager for robbing them blind - "Cause you're gettin' fucked out your green by a white boy with no Vaseline". Lisa Left Eye Lopez once said to reporters "trust me you can sell ten million albums and still be broke if you have greedy people behind you" after R&B group TLC declared bankruptcy. Lisa was very blunt about the group's financial problems and broke down the infamous TLC deal - saying after all money is paid back to the label and taxes are deducted and money is split three ways, "you got about 300 thousand dollars, if that much, ok, 300 thousand dollars- I can buy a nice house with that and what am I gonna buy my bills with?"

Clearly, the problem did not start with Megan Thee Stallion - she's not the first artist and she certainly won't be last to fall prey to a greedy label and yet; the conversation surrounding contracts and artists is very much centered in blaming the artist themselves. The music industry has a long and well-documented history of exploiting and manipulating artists so why do we still blame the artist for entering into bad deals instead of turning the scrutiny to the people doing the exploiting. The sad reality is the music industry has a long history of taking advantage of young artists who would do anything for their dreams. And of course, the easy thing to say is "read your contract" but there are lots of people who read and don't understand the verbiage or implications of the words written. Like Megan herself who described reading her contract, but not understanding exactly what was it.

On the other hand, there are people without the power to fully examine and review their contracts. Not too many artists are in a position to call any shots on their first contract. Labels often have better lawyers and bully artists into signing deals they do not fully understand. Artist is placed in a disempowered position as they are not coming to the table on a leveled playing field. Bidding wars take time, money, and resources that most young artists do not have and most labels know artists aren't gonna walk away from the table. You would think there would some reliable and smart resources for up and coming artists given the prevailing nature of the problem.

Yea, you would think, but that is not really the case.

And the industry is married to its "just business" mantra and lining their own pockets on the back of artists' dreams leaving the artists themselves emptied handed and powerless.

This is an industry-wide issue, but in the case of the hip-hop industry in particular where most of the people running the industry are outside of the culture, it represents where artists coming in are standing at some intersection of youth and need the likelihood of signing some exploitative deal becomes extremely high. The issue of need often leaves artists in positions to settle for deals they know are unfavorable in hopes of reaching some monetary goal to "make it out".

We see artists give more than their talent would have them to because of circumstances outside of their own control and the serious power imbalances leave young artists as helpless prey. Questions still remain: how do artist re-claim their power and how do artists become more than sitting ducks susceptible to predatory contracts, agents, executives, etc.? More importantly, what can we do, as fans, to hold industry heads accountable to the artists they should be supporting.