Just Because I'm From Hawaii, Does Not Mean I'm Hawaiian
Odyssey

Just Because I'm From Hawaii, Does Not Mean I'm Hawaiian

My residency is not my race. 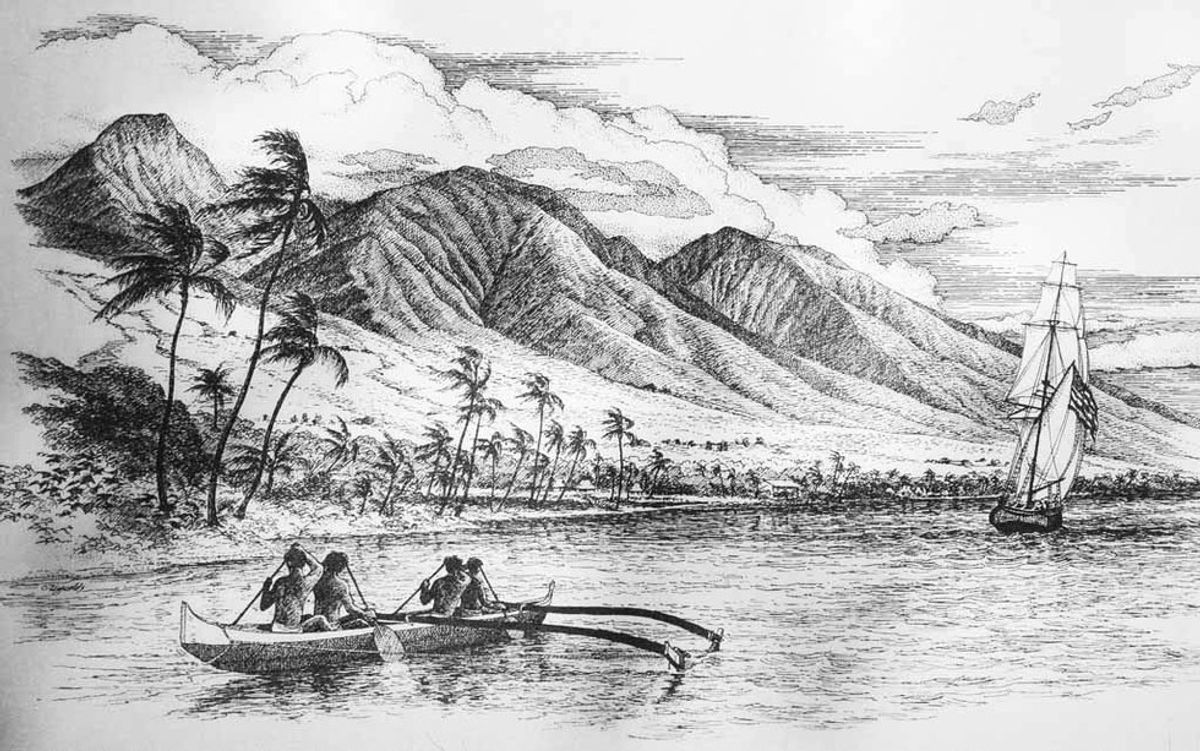 Let me start off with a few things about myself. I am a first generation American who is primarily Filipino, Spanish and Hungarian. With that said, I am a woman of color, who frankly, looks all white. I was born and raised on the North Shore of O'ahu, but currently live in the mainland.

Now, let me tell you a little bit about Hawai'i, because I'm sure you don't know much about it since it's only given like, a paragraph of recognition in our history books. The Ancient Hawaiians traveled by canoe for thousands of miles using only the stars to navigate and found themselves in the Hawaiian Islands. They settled and their culture spread throughout the mountains and shores.
In 1778, Captain Cook "discovered" the islands, despite the thriving population residing there (he can be compared to Christopher Columbus). In the 1830s, the Sugar Industry was introduced, bringing a diverse range of immigrants from China, the Philippines, Japan and many other countries to work on the plantations, creating the diverse and ethnic population that makes up the islands today. In the 1890s, Queen Lili'uokalani (lily-oo-oh-kah-lah-nee) was imprisoned in an upstairs bedroom of her palace and soon after, the monarchy was overthrown. Hawai'i became a state in the 1950s.

With all of that said, we can now discuss an issue that I have realized needs to be addressed.

Since I moved to the mainland, I have had many encounters where people assure me that I am Hawaiian, despite my rebuttals that I am definitely not. The conversation usually goes something like this:

Them: "So you're from Hawaii, are you Native Hawaiian?"

Me: "Oh no, I'm Filipino, Hungarian and Spanish."

Them: "No, I mean, were you born and raised there?"

No, it is most definitely not the same thing. If you were in Japan and saw a white person or any person not of Japanese descent, would you ask if they were Japanese simply because they lived there?
No, you wouldn't because you should know that residency does not equate descent. Sure, you might be curious and ask, but if they told you they weren't Japanese, you wouldn't try to convince them that they are. As I mentioned, Hawaii's population is made up of a ton of immigrants, and just because someone's family may have been there for generations, they are still not Hawaiian unless they actually have Hawaiian blood.

Not only do people assume that I am Hawaiian simply because I am from there, but they will continuously say that I look Hawaiian even if they have no idea what someone of Hawaiian descent looks like. Hawaiians are people of color, as are many of those who reside in the islands. However, as I previously mentioned, I do not look like a person of color even though I am, so why would you associate me, a seemingly full white person, to be Hawaiian? It makes no sense.

There are many things wrong with choosing to misidentify an individual or a group of people.
One, is that by you convincing yourself that I am something that I am not, you are diminishing who I am, and how I identify myself.
Second, you are creating an illusion based upon your own desires of who Hawaiians as a people are.
Third, by using me specifically, you are whitewashing the image of an entire race. I could go on, but there is not enough time in the world to name them all.

Their culture has been reduced to leis, aloha shirts, surfing, and tiki torches. Aloha has become a household word used by people who have no understanding of what Aloha truly means. Girls go as hula dancers in an effort to show skin on Halloween without any second thought. Please stop. We cannot continue to misidentify, appropriate and basically erase Hawaiian culture, just as has been done to the Native Americans.