'13 Reasons Why' Season 3 Is WAY Past Its Expiration Date

'13 Reasons Why' Season 3 Is WAY Past Its Expiration Date

Season one of "13 Reasons Why" told a compelling and moving story. Season two answered some questions of what happens next once Hannah's tapes got out. Season three jumps to a murder mystery of Bryce Walker. 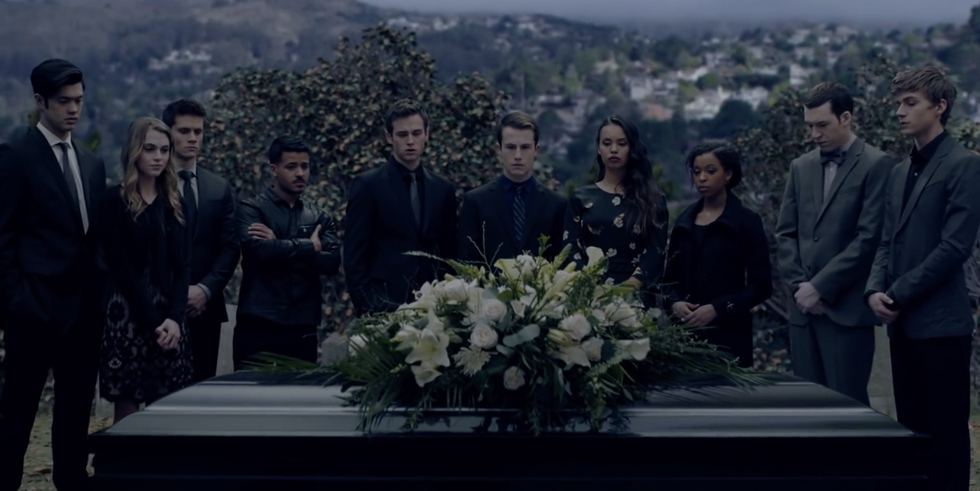 "13 Reasons Why," originally written by author Jay Asher, aired on Netflix in 2016. Before the airing of "13 Reasons Why," I was ignorant of the original work. I loved the message of the show so much, I knew I had to get my hands on Jay Asher's version and do some compare and contrast between television and literary work.

Although there are some obvious creative differences between book and show, the message holds true.

My understanding of the show was this: we never know what is truly going on in someone else's life based solely on what we see from the outside looking in. The main character, Hannah Baker, was assumed to be promiscuous based on innocent pictures painted to be something they weren't.

In the end, Hannah felt so much.

She felt she could no longer handle the pressure that came with her assumed lifestyle, and decided in the end, the only thing she could do was end it all.

Jay Asher wrote, " As Hannah says, you never know what's going on in anyone's life but your own. Someone who looks like they have it all together may actually be going through quite a lot. And everyone handles life's pressures differently. While Hannah herself is not without fault, it still all comes down to the Golden Rule. So that's the main thing I was trying to say. Always treat people with respect because you never know what else they're dealing with. As well, I want people who are hurting to realize how important it is for them to honestly reach out for help."

Selena Gomez, actress and singer, was involved with the production of "13 Reasons Why," from the beginning. She saw a difficult and honest project and understood the importance of getting such content out to the world. There are those who would agree with the show's intent and those that would believe it is too blunt for their children to be exposed to.

The content is complicated, it's dark and it has moments that are honestly really hard to swallow. I understood that we were going into something difficult, but these kids today are exposed to things that I would never even have comprehended when I was eight...I feel like if this is what we are going to talk about, we might as well do it in a way that's going to be honest, it's going to be real, and it stays true to the book. I think that stuff is uncomfortable for people to talk about, but it is happening and hopefully it opened the door for people to actually accept what's happening and actually go and change it, talk about it.
--Selena Gomez, The Morning Show

Here, we have a meaningful show. One with a purpose to reach people that can then recognize signs/cries of help and do something before it becomes too late. Before it becomes unrepairable.

Then, we have season two.

Season two of "13 Reasons Why" focused on the trial of Hannah's parents vs. the school board. In addition to the trial, revelations were revealed, diving deeper into Hannah's history. Things that were left out of season one.

While I understood the reasoning for making a second season to answer the questions of what happens next with Hannah's friends and parents, I can also understand why it would be deemed unnecessary for a follow-up, much less a season three coming at the end of August and a predicted season four finale.

The message of the show held true in season one, allowing the viewers to see and understand that not everything we see is how it seems. The purpose of the show only appears to get murkier as the seasons progress.

At the end of season two, we were left with Clay taking the rifle away from Tyler, who was on his way to create mayhem in a school shooting after he was sodomized with a mop handle by Monty, jock and friend of Bryce Walker.

Police sirens were blaring as they made their way to the school, where I can assume someone made a call to report the potential threat. Tyler jumps into Tony's car and drives off, while Clay stands there, appearing dumbstruck by what just happened. This last scene left viewers questioning where the next season would take us.

13 Reasons Why ending of season 2

The trailer for season three tells us different. We are thrown into a murder mystery of who killed Bryce Walker, leaving me to question the true purpose and angle of this story, and if it has gone on longer than necessary. I cannot see where we go from here or how the producers and writers of the show are spinning this twist and turn of events.

We will see how the show turns out and if there is a true purpose to this continuation come August 23rd.