Harry Potter And The Born-Again Potterhead

Just by looking at the cover photo, you can almost hear, "Yer a wizard, 'Arry." 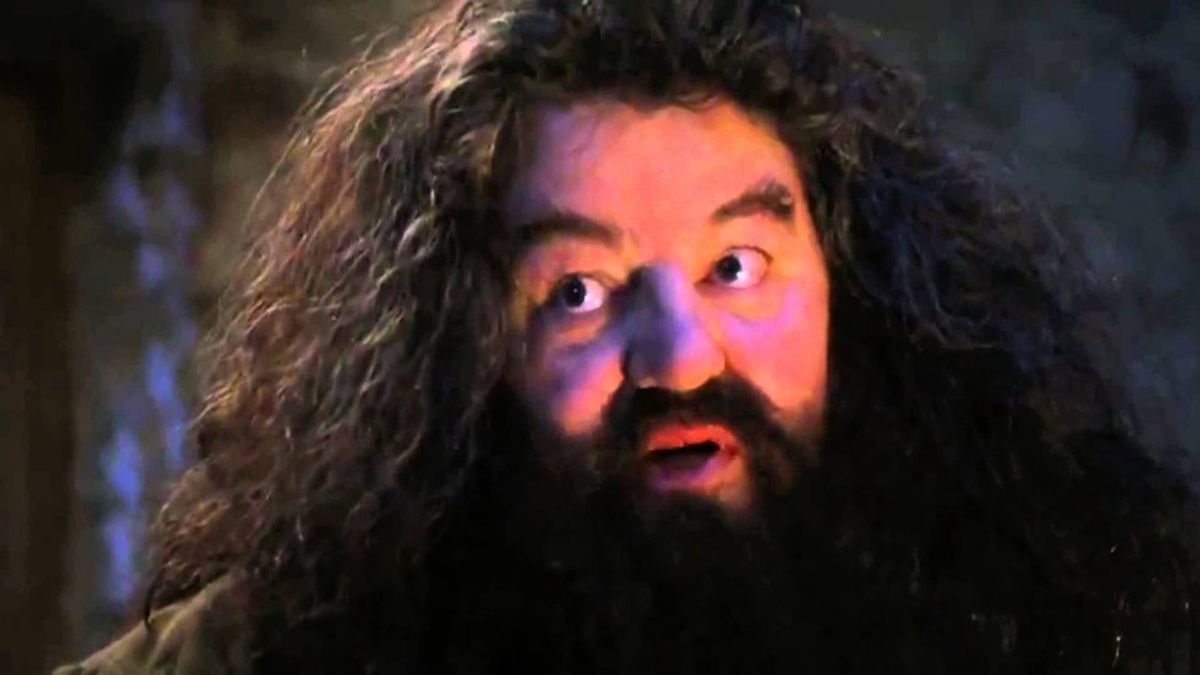 I'll be honest. It was the release of the third film in the series in 2004, "Harry Potter and the Prisoner of Azkaban," that served as the pivotal point in what would begin my obsession with Harry Potter. I remember being 7 years old, not understanding a whole lot of what was going on, but believing wholeheartedly in this fictional world of magic and wizards. In fact, I was so enchanted by this film that I picked up "Harry Potter and the Sorcerer's Stone" from my school's library and re-watched the first two films. By this time, the fifth book in the series, "Order of the Phoenix," was already published, so I had some catching up to do.

I remember the summer before entering sixth grade, hoping that maybe an owl would fly to my window with a letter from Hogwarts in its beak. I dreamt of getting my first wand at Ollivander's, of walking through the halls of Hogwarts with my friends, of eating Every Flavor Beans in Honeydukes, of whipping up potions and of attending the Yule Ball in a gown as beautiful as Hermione’s. It didn’t occur to me that one day I would be able to actually do all of that, but more on that in a bit.

In a way, the series helped me to escape from the horror that was growing up. I figured that if Harry, Ron and Hermione could be as brave as they were in the face of life-threatening danger, then I could handle whatever came my way. I learned about the importance of life, of living it to the fullest and that the things we fear most are because we don't understand them. It was in this fictional world where I grew to understand and appreciate hardships of the real world I lived in.

Between finishing the book series and patiently awaiting for the films to be released, I came upon "A Very Potter Musical." For those who aren't familiar, it's a musical parody of the book series that was performed in April 2009 at the University of Michigan. It was later uploaded to YouTube where it spread like wildfire. I cannot even begin to talk about how excited I was to find this gem on the internet. The show brought together two of my favorite things: musicals and Harry Potter.

I had my friend burn me a CD of all the songs and I listened to them religiously, singing along to songs about Ron's secret love for Hermione, the odd couple that was Voldemort and Professor Quirrell and even one about defeating dragons. In the years to follow came "A Very Potter Sequel" and "A Very Potter Senior Year."

Then in 2010, something truly magical happened.

After two and half years of construction, the Wizarding World of Harry Potter opened at Universal Studios Orlando. It wasn't until 2011 during a family reunion in Florida that I was able to go, but when I did, a part of me died. In a good way. My cousins and I got to the park when it opened and ran to the new themed land. When I saw the stone arch of Hogsmeade, tears began to well up in my eyes and I had to put all my strength into not letting them fall. All around me were store fronts I read about and saw in the movies. Fake snow on the roofs, their windows filled with animated moving objects. Carts for butterbeer and pumpkin juice.

And then I saw it. Standing over me, with the rising sun outlining its tall towers, was the Hogwarts castle. Sparing no detail, the castle looked exactly like it did in the movies, both inside and out. Inside of it was an attraction where riders join Harry Potter on a dangerous journey throughout and around the castle. To be able to actually see, feel and interact with a world I could only visit in my dreams was more than I could have ever imagined; and though I knew it wasn't real, it sure felt real, and that was enough for me.

By this point, five years had passed and I'll be honest, I steered clear from the "Harry Potter" movie marathons that ABC Family (now Freeform) put on pretty much every weekend. Don't get me wrong, I still loved the series and held it very close to my heart, but it became harder and harder once the films caught up with the books. The launch of the Pottermore website in 2012 was exciting at the time, because it gave users the opportunity to virtually interact with the books and community. Just last year, users could read the unreleased works of J.K. Rowling herself. It wasn't enough, though.

Even the announcement of the film "Fantastic Beasts and Where to Find Them" wasn't enough, but then again, I can't say much about it since it won't be released until November. Although when news of the play, "Harry Potter and the Cursed Child," surfaced, I lost my mind a little bit. Penned by J.K. Rowling, along with John Tiffany and Jack Thorne, the story gives a glimpse into the lives of Harry, Ron, and Hermione years after they defeated Voldemort. The rehearsal script was released last week on Harry Potter's birthday, July 31, and I have yet to read it, but so far I've been hearing very positive reviews.

As I mentioned earlier, a couple days ago, I was able to visit Universal Studios Hollywood, and you know how there are born-again Christians? Well, after finally "re"visiting the Wizarding World of Harry Potter here in Universal Studios Hollywood, I'd like to say, without shame, that I am a born-again Potterhead. A lot like the one in Orlando, this themed land was not short on details, all of which brought me back to my days of dreaming for something like this. Just like they did before, my eyes began to well up with tears when I saw the stone arch of Hogsmeade, all the stores and the grand Hogwarts castle, but this time, I let a couple little tears out.

To say the Harry Potter series was a big part of my childhood would be an understatement. It provided me with not just a new home, but rather a whole new world where I could go on magical adventures along with Harry and his friends. The impact that the series had on my life is one that I cherish deeply, and it continues to grow as the life lessons I learned become more and more applicable in my adult life. Actually, I think I'm going to go back and reread the series in these last couple weeks of summer.