Harambe The Gorilla Is Not Alone

It's time for action. 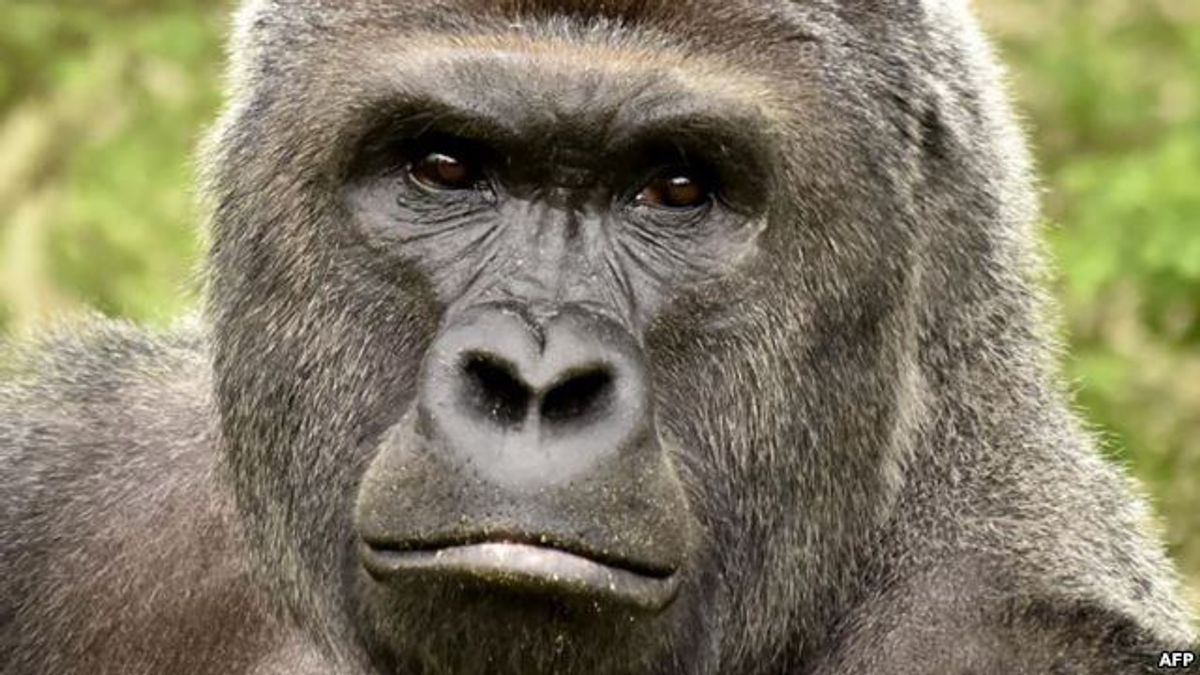 On Saturday, May 28th a 3-4 year old (the age is different in each article I've read) boy, whose name had not been released at the time this was written, fell into the gorilla enclosure at the Cincinnati Zoo. According to several sources, the boy crawled through bushes and went under a steel railing and wire and dropped approximately 15 feet into a moat. The child had been telling his mother, whose name has not been released either, that he wanted to go into the exhibit. The mother told him no, but he obviously did not comply.

The boy fell into the moat and came face to face with Harambe, a 400 pound endangered lowland gorilla who had just celebrated his 17th birthday the day prior. The other gorillas in the enclosure were immediately called out of the pen. Harambe went into the moat to see the injured boy. He stood over the boy before dragging him two to three times through the water to various other areas in the moat. The onlookers were screaming at the boy and gorilla the entire time. As you probably already know, Harambe was shot and killed in order to save the little boy.

I must admit, I had a whole article written out before deciding to go a different route with this article. I wrote the first article in the following hours after I heard of Harambe the gorilla’s death. I was so angry and I spewed hatred and I blamed anyone who was at the scene for not stopping that damn child from getting in the enclosure. I blamed the parents and onlookers and the ones who actually pulled the trigger ending Harambe’s life. I was jumping on the hate-train and going along for the ride.

I never once thought to blame myself. I wasn’t there, so why should I? But, I am just as guilty as those innocent people trying to enjoy their day at the zoo. I was at fault because I was doing what everyone else was doing at that time. I was sitting in my nice air conditioned house ranting and raving about how parents should keep track of their kids and how Harambe shouldn’t have been killed and on and on and so forth. I was being absurd. I knew nothing about being a parent. I knew nothing about gorilla behavior. I knew nothing of guns and tranquilizers. I’ve never even been to the Cincinnati Zoo. Who was I to critique?

I was putting blame on others but I did nothing to prevent or resolve this tragic accident. And that’s exactly what it was—an accident.

I’m owning up to my mistakes and trying to resolve them. I’m trying to spread awareness of Harambe and other animals like him. Many people have voiced their opinions on this matter. Many of you believe Harambe shouldn’t have been killed. Many of you believe the parents of the child should be prosecuted for allowing their young child to get that far away from them. Having opinions are natural, however, opinions are worthless if you do nothing about them.

So what are you going to do about it? Harambe’s death should be causing a movement to end this kind of treatment toward animals and wildlife. He is not alone, people! He is only one of a million creatures dying per day! Why aren’t we upset when 100-200 thousand sharks are killed per year for their fins or by bycatch? Why aren’t we taking Facebook by storm when there are only 3,890 tigers left in the wild? Why aren’t we freaking out about the fact that the 1 ½ acres of rainforest are cut down every second? Why isn’t 1/3 of the Great Barrier Reef being dead headline news? Orangutans, arguably the cutest of the primates, are expected to go extinct within a decade! That is not OK, people!

Our world is dying. Plain and simple. Harambe’s death has generated discussion, but don’t let his death be in vain. Do more than talk behind computer screens. Get out and do something about it, dammit.

Nicole Marie Nigro
Individual Creator
1329
c1.staticflickr.com
Where to start...... Let me start with the cliche that life throws us curveballs and what we do with it is what counts.