I can make your hands clap
Odyssey

I can make your hands clap 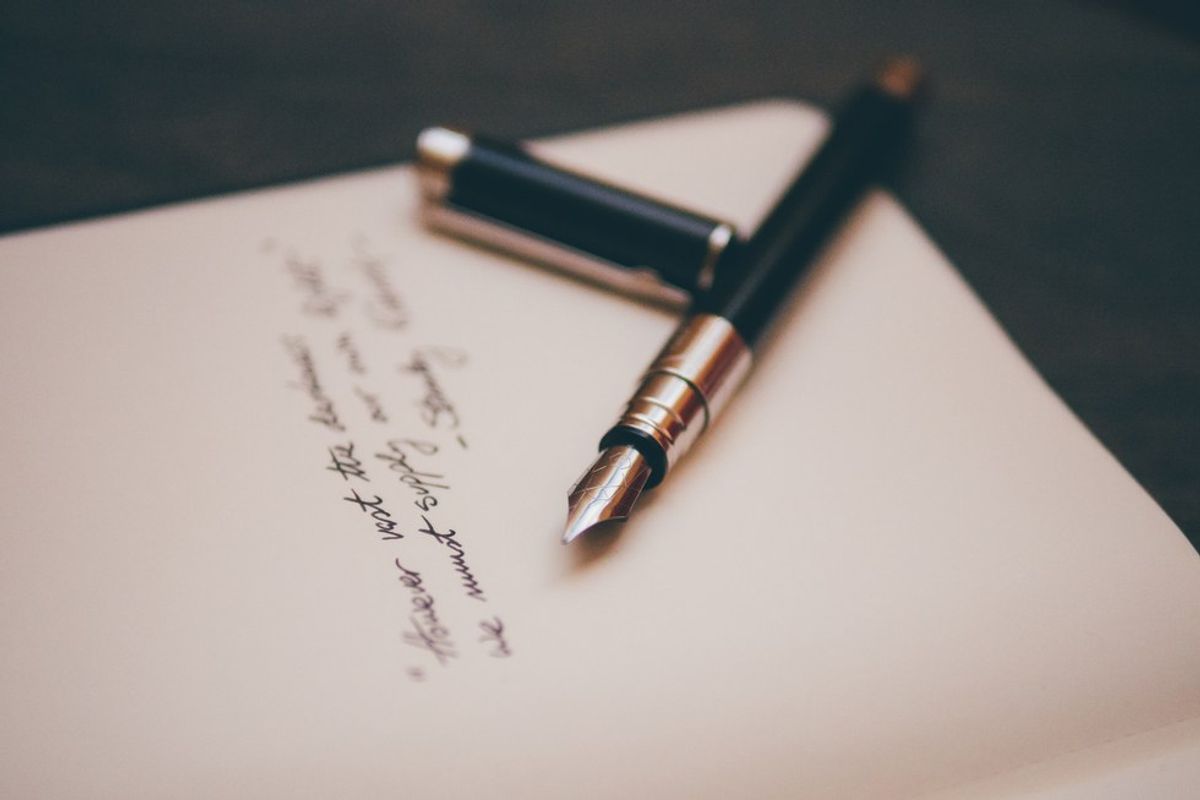 “Hey babe. I was actually expecting your call. Just hear me out for a second, okay? I know that you want a totally normal life and that’s fine, but since we’re coming to town, do you think that maybe you’d at least consider playing the upcoming show with us? Just for ‘Handclap’ and that’s it. You don’t even have to stay for the entire show. Up to you” Annmarie sat there as she listened to Michael propose his plan, twirling her long brown hair around her finger. She sat in the water for what felt like forever, quickly thinking it over.

“April fifth at the Norva. It’s super small but I have a feeling we’re going to sell out the place because a lot of fans have been requesting we play in Virginia.” Again, Annmarie mustered this over, biting her lower lip. “I have the next few days off from the hospital so, yeah I can come. What hotel are we staying at because I have to book my room—like yesterday.”

“Don’t worry about the hotel, label is covering it and you get a cut of whatever we make for the show that night. Everything’s covered. I told you I’d promise you that when—you know, when you left. I’ll even have a few spots on the guest list for you, so if you want to invite a few friends, text Andrew and he’ll put them on with passes also. Just meet us the Wyndham Garden Downtown Norfolk.”

“Okay. I’ll be there” Annmarie promised. Even though she was a little hesitant, she deserved to get out of the apartment plus she hasn’t been to Norfolk in a while, so the break was a very much needed and welcome break from reality.

“Annmarie?” Michael said before they both hung up. “Yes?”

“It’ll be nice to see you again minette. Maybe we can grab a drink or bite to eat earlier in the day. You know, catch up and whatnot.”

Annmarie rolled her eyes and held back a smile. “Okay Michael. I’ll see you in a few weeks”. It wasn’t that she didn’t want to see him, she knew what he wanted and she didn’t want that life anymore. She was content living in her 2 bedroom apartment that was painted tiffany blue with white crown molding, Cherrywood floors, and plenty of space. It was everything that she dreamed of and she worked hard to get where she was today. After going back to school to study Nursing, Annmarie was soon offered a job on graduation day at Winchester General Hospital in the emergency room and graduated with honors from the Beaver College of Health Sciences at Appalachian State University. After hanging up the phone, she figured it was time to actually take a shower and quit screwing around in the tub. She unplugged the tub stopper and got up from her claw foot tub and waited for the water to go down. Soon after, she turned the hot water on, took her shower, rubbed herself down with body oil, stepped out and towel dried off. As she walked into the bedroom with her phone, she looked down and smirked to herself. Now it was time to make her guest list and the first person she decided to call was her best friend Sofia.

“Hey Sofia, make no plans for next week, the fifth.” Annmarie said as she went to her closet to find something comfortable to wear.

“Well, Michael’s coming into town with the band and wants me to do guest vocals on ‘Handclap’, so I said okay and he told me to bring a few friends and honestly, you’re the only friend I really have here so, you’re coming with me”.

“ROAD TRIP!!!!” Sofia yelled through the phone. Annmarie met Sophia her freshman year in nursing school. They both had the same classes together and after paring up as lab partners for their anatomy and physiology class, they never spent time apart. Semester after semester they stayed together, even becoming roommates in their own apartment. Both girls never lost touch and luckily for Annmarie, Sophia ended up moving to Winchester and working at the same hospital, but this time, separate apartments. Both girls chatted for a good hour and a half before hanging up. Annmarie settled on a pair of boyfriend sweatpants from Victoria Secret and a gray tank top. She started to go through her closet when she stumbled upon her old stage outfits and decided to go through them with some possibility of wearing something for next week.

Little did she know, her life would change the night of the show…

Caitlin Marie Grimes
University of South Florida
7387
Beyond The States