Thank you, Mr. Fieri. Your corny jokes and taste buds have gone a long way. 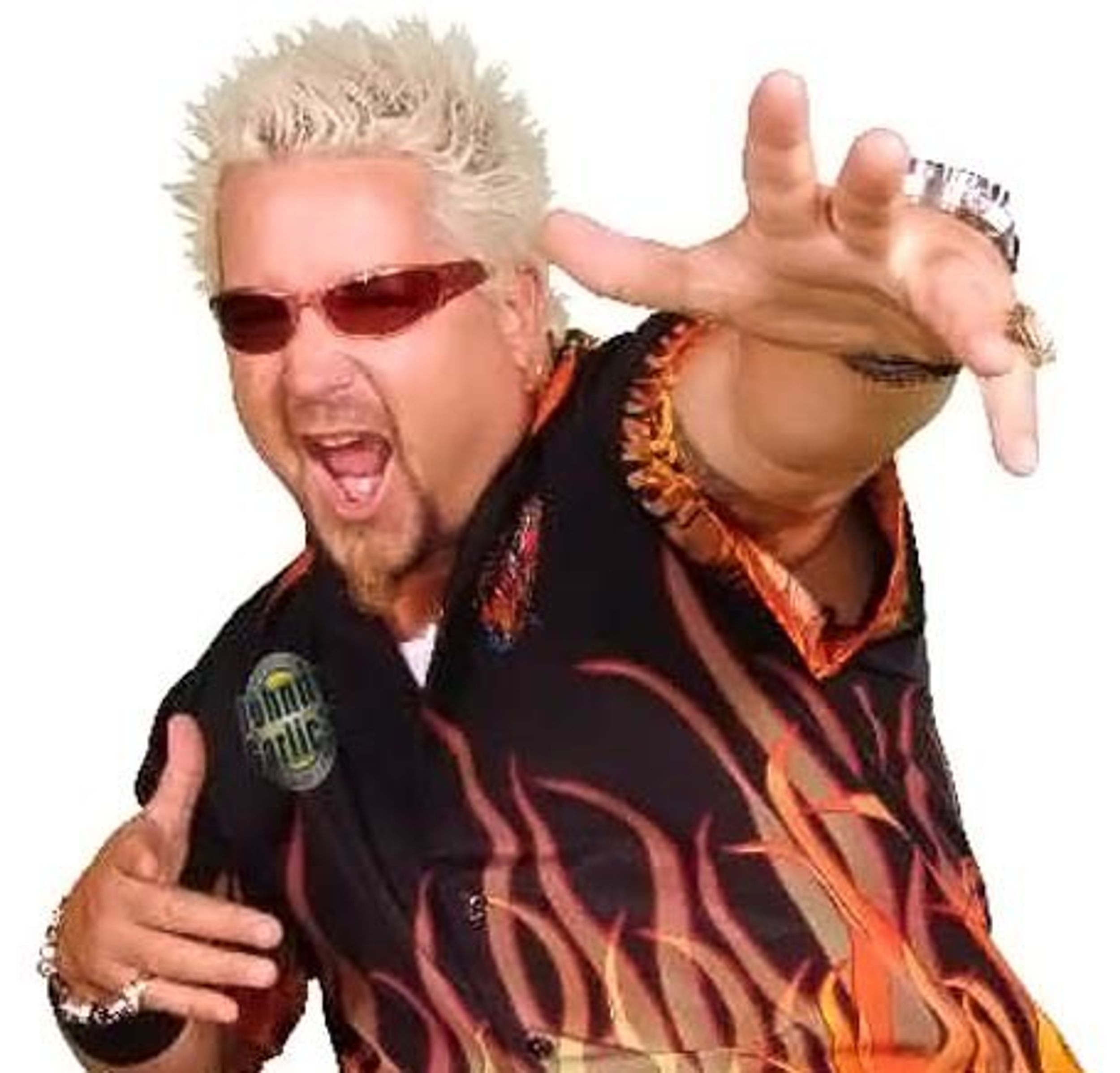 Aside from your typical Netflix series, The Food Network has a huge hold over my life at school, and I’ve found that a lot of college students can agree with me. I’m not too sure what it is. Maybe it’s the fact that, as college students on a tight grocery budget, we can watch delicious, gourmet food on a screen with just a click of a button. Maybe it’s the fact that we can learn new and exciting recipes that we all know we won’t have time to get to.

Or, maybe it’s because of the enchanting, infamous, frosted tips of Guy Fieri. We all know how cool Guy Fieri is. Well, at least I do, and I’m here to tell you why.

As a college student, Guy participated in the Alpha Tau Omega fraternity at the University of Nevada, Las Vegas. Imagine this. He didn’t even go to culinary school. He received his bachelor’s degree in Hospitality Management. Sounds like he just wanted to live up the typical college experience.

He isn’t just a host for one Food Network show, or two; he’s a host for THREE shows. His most iconic show is where he travels “all over the country…looking for America’s greatest diners, drive-ins, and dives!” He’s also well known for "Guys Big Bite," and his most recent show, "Guy’s Grocery Games." It’s fair to say he offers a lot of variety.

I have yet to check them out, but he also owns and runs some of his own restaurants. Not only is he gracing our television screens with his comedy gold, but he also graces our stomachs with real-time food. I’m all about it.

Guy Fieri is pretty much my spirit animal, and he kind of just doesn’t give a damn. If he’s hungry, he’ll poke his fingers in your food and try it, and the best part is he’ll love every bit of it. You can easily tell on "Diners, Drive-Ins, and Dives" that the chefs of the kitchens get pretty annoyed sometimes when he does that. It’s pretty hilarious on my end, though. I would totally do that.

Like I said earlier: those iconic frosted tips. Just check out those bleach blonde, pointy, spiked hairs on the top of his head. Need I say more? I mean, come on. Last time we saw that was in the early 2000s with Justin Timberlake. This dude is the only person that can still kill the frosted tips game in the year 2016. Impressive.

He’s not like those other stuck up, full-of-themselves Iron Chefs on the Food Network. It’s easy to see that Guy has clearly let himself go a little bit, and that’s OK. He also doesn’t think he’s the hottest thing to hit your television screen. You can tell he’s genuinely funny and doesn’t need prestigious titles to define who he is.

He loves his son, Hunter. It’s pretty cute. They went to Europe together and tried all kinds of foreign food before Hunter went off to college. So clearly he’s a pretty rad dad.

Guy Ferry, Guy Fieri, however you want to pronounce it, he’s just a GOOD guy. Do you see why now? He’s an American icon and a huge influence on the food industry, even if you don’t realize it. Thank you, Mr. Fieri. Your corny jokes and taste buds have gone a long way.