Growing Up With a Super Close Family

Growing Up With a Super Close Family 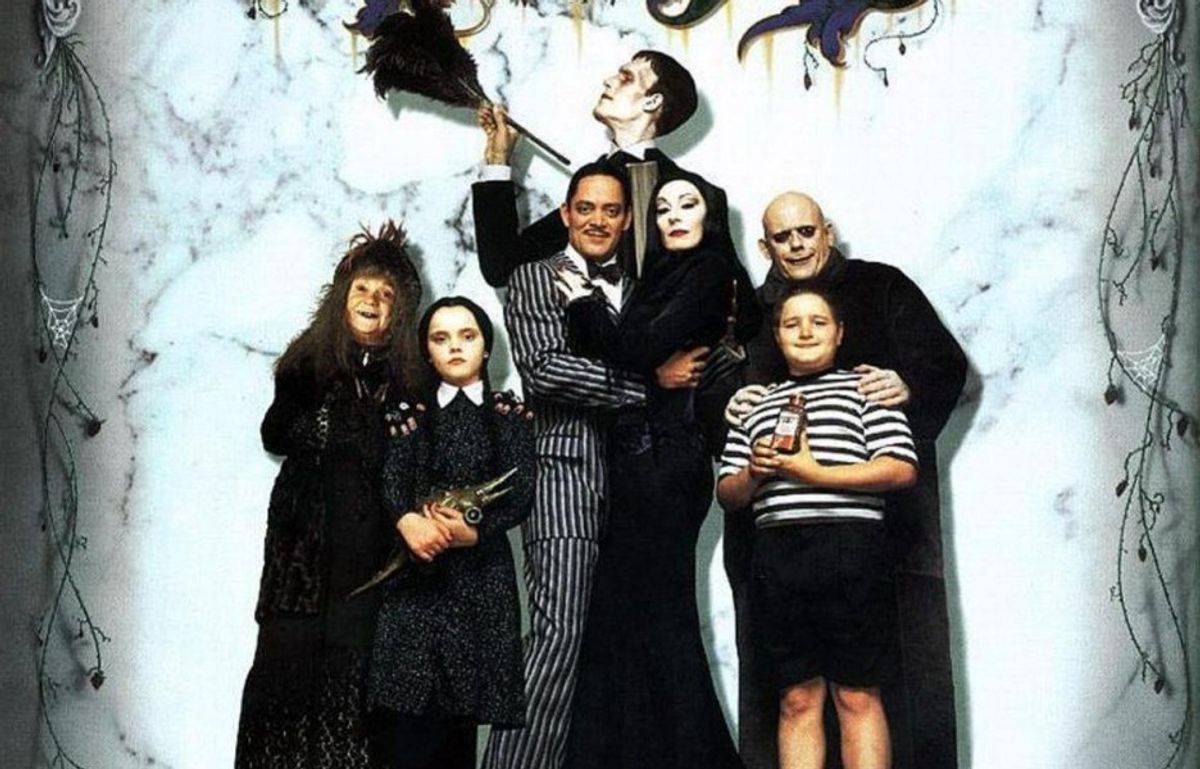 Growing up with a close family is an interesting experience. Unlike many families, you talk about any and everything. Nothing is off limits, no topic is private, the family is in constant communication. It's sort of like a super exclusive club that you didn't mean to join.

1. You aren’t sure where it came from, but whenever you need something, it magically appears

Whether you want bunk beds at 5 or are furnishing a new house at 39, there is an excess of furniture available. Everyone has a basement or storage locker or garage full of old, antique, or gently used furniture they’re looking to get rid of. You may have to trade a full sized mattress for that daybed frame, but within a day you have whatever you need. The same goes for clothes (in my family all women between 20 and 50 wear the same size), food, used electronics, and occasionally cars.

2. You never have to into anything blind

No matter the situation, everyone know someone. Whether you’re looking for a job, a hairdresser, an OB/GYN, or a tattoo artist, your family has advice. They can tell you who to look for, who to avoid, what carpenter can fix your door even if they seem a little sketchy. They never seem to be wrong either.

3. They have an opinion on everything.

I spent the first half of this summer studying abroad in Italy and I was told everything from “Italy is dangerous” to safety tips and travel advice. Upon returning home, they had opinions on which of they boys on the trip was the cutest (“what about that nice looking blonde boy, what could possibly be wrong with him”) the meals that I had thought to photograph (“that one really isn’t that pretty, its just fried fish…”) and the length of my trip (“I really think that three weeks is plenty long enough to get to know a city”)

4. Everybody gossips about everyone else

They’re careful not to mention it, but then somebody lets it slip that they were talking about you on the phone last week and heard you went on a date. Is it serious? Do you think you’ll see them again? If not, your grandmother and I think that the young doctor at the hospital would be a good match. He’s fresh out of med school. Alternately, if you aren’t present at a family gathering, they will talk about you.

5. There is that one family unit who lives in another state

Because of the extended periods of time in interaction with this group, they seem almost mysterious. Nobody knows exactly what is going on with them, and that annoys everybody. The main source of contact with this party is The Group Text. It is always interesting.

Imagine: you are sitting in class and you hear your text tone from inside your backpack. By the time you manage to get to your phone, it has gone off 17 times, all because your nephew did something cute. At one point last fall, my family had 4 different chats going: one with everyone, one with out spouses, one with “the most likely to reply” member of each household, and one with out any of the children (children being any one under the age of 30). These texts can be great during emergency situations or severe weather. During the snowpocalyses of 2015 and 2016 my family kept up by having contests of who had the prettiest lunch. Other times, however, the chat is who had a meeting today, where my uncle got coffee this morning, and far too many emojis.

These are the best of times, these are the worst of times. While most families have big dinners on holidays, my family gets together every Sunday at 5:00 PM. Dinner is served sometime in the next hour, Everyone sits around discussing what happened in the past week, what books they’re reading, what happened on "Nashville" Wednesday night, or any event on the news that sounds interesting. Holidays are just longer versions of these meals.

8. They never forget everything

They can’t let anything go. Maybe one time someone explained bluetooth as “so kind of like magic” or that “Pompeii is obviously dangerous, lots of people died there” and it becomes an ongoing joke that you will be reminded of 5 years later. It can work out for you when someone remembers that you like those honey filled lemon candy that they only sell at that one store in Cincinnati.

9. "There is no alone in this family"

I can't count the number of times I have been told this...

10. You are never entirely sure that everyone knows your name

"Ty-Kev-Chri-Kat-Con-Shar-Scar-Sydney" Alternately: someone sits in another room randomly saying names until someone answers them. Alternately (part 2) Kris and Chris, Cindy and Sydney, etc.

11. You wouldn’t trade your family for anything

But a private island north of Scotland is sounding really good about now. Of course, they would all have to come too…