We Have The Right To Grieve
Odyssey

We Have The Right To Grieve

This election symbolizes a new reality for marginalized groups in America. 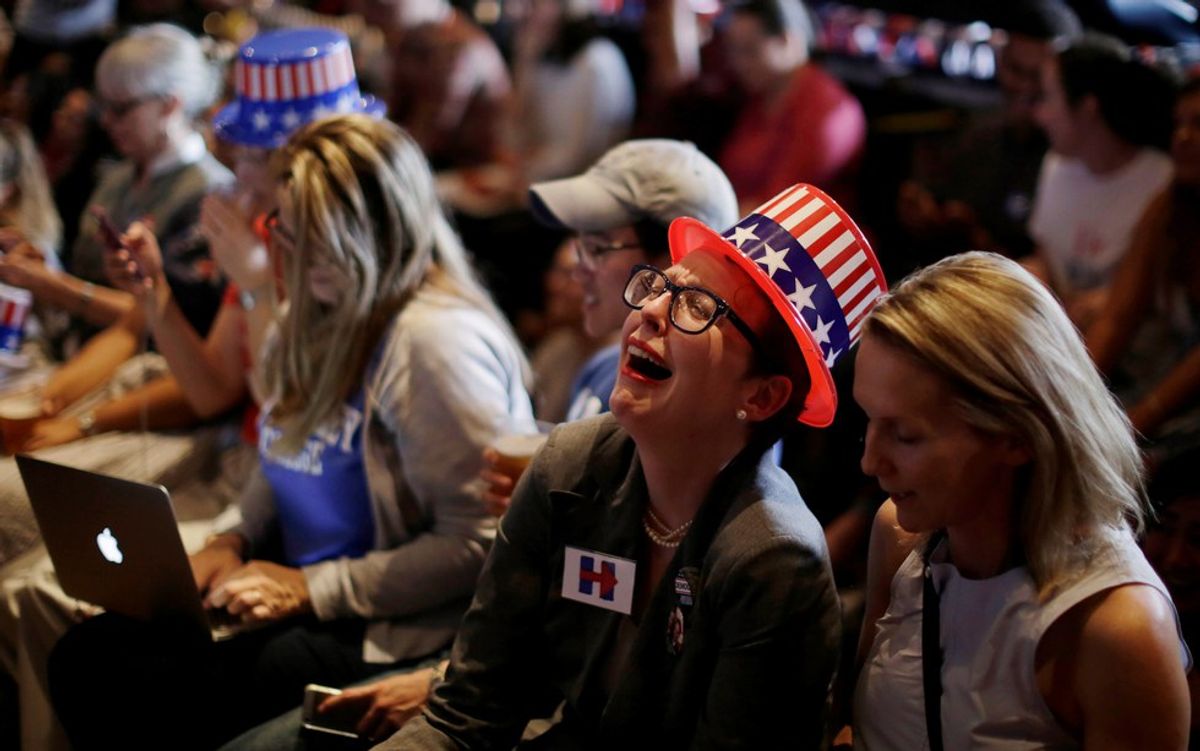 We, as minority people, have the right to grieve.

It is simply a fact that Trump succeeded in resurrecting white, male, working-class anger in the United States. During his campaign, when he spoke of his racist and sexist ideologies his supporters worshiped at his feet.

These ideologies don’t affect straight white men like they affect African Americans, Muslim, Latino, and every other marginalized group of people.

People don’t understand what we went through emotionally and socially during this campaign. We realized that our friends, teachers, and classmates don’t respect our existence as people. We realized that “locker room talk” is completely permissible. We realized men still don’t like the idea of a woman in charge. We realized that political correctness and social progress isn’t what it seemed. Feeling like the community around you and the rest of the country doesn’t care about your identity hurts in ways that some people simply will never understand.

I get it, white privilege is also a social blindness. I can’t be mad at people who speak out of ignorance because that’s all that it is. My white friends and classmates who support Trump want my voice and many others to fade into the background while they bask in their hideous ideologies.

They don’t want to hear us grieve because their hatred and prejudices have now been validated. They know that over half of America has agreed with their horrible thoughts. They want to rejoice in Trump’s success without our voices leaking into their consciousness. They don’t want to know that we are hurting because that would mean acknowledging that they’ve hurt us.

We are grieving because many of us are in places that aren’t safe. Students of color at predominantly white schools are literally staying inside today because they fear acts of violence, racism, or homophobia on their campuses. We were targeted by the rhetoric of the Trump campaign and the people around us, and it puts us in more danger than some (white) people would like to realize.

You know there’s a problem when a multitude of school organizations must reach out to inform students to stay safe or offer them safe places to go on campus. Even professors are cancelling classes because they know of the emotional toll that this new presidency has put on minority students.

Yes, it is that bad.

We grieve because we are hurt and scared. Trump supporters continue the right to spit out their racist, misogynistic homophobic slurs at us , so we have the right to be angry since these ideas may become a part of our new reality.