Just get an iPhone! 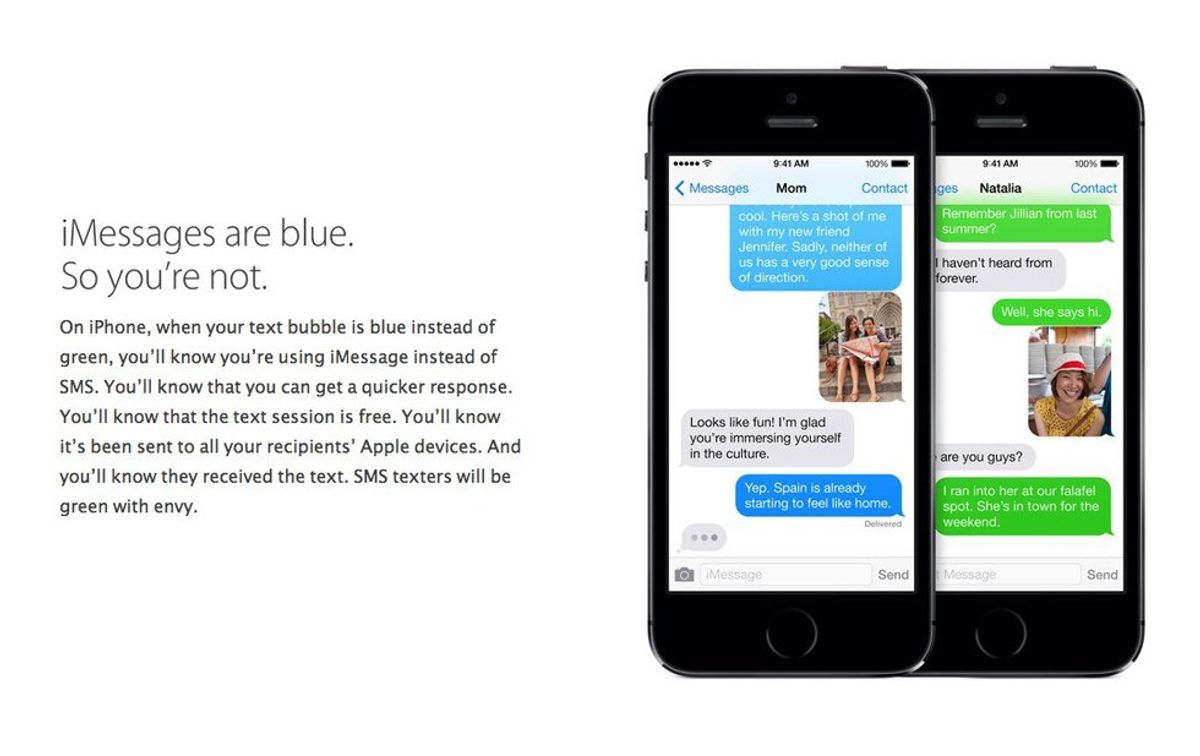 Was the last text you sent blue or green?

It's such a silly question, but there's more to it than you might think. If you have an Android smartphone (or a "dumb-phone"), then you probably don't really care what color you see when you're texting your friends. But if you've got an iPhone, you're probably hoping that they're blue, right? Everyone knows that one friend who doesn't have an iPhone, and it's literally the worst when you see that green bubble.

I'm only half-joking. You see, I'm surrounded by friends and family that use iPhones. Nearly every single person I text or call regularly uses an iPhone, and they love them. I, on the other hand, am that stubborn friend. I use an Android smartphone, because I love Android. I could give you a huge list of why I don't use an iPhone and why I don't ever plan on using one - but you'd stop reading out of boredom. So instead, let's talk about these green bubbles.

The green bubbles lead to a whole host of problems when I try and text iPhone users. Texts are out of order, group messages are the actual worst thing ever, and let's not even talk about the incessant teasing I get when I'm with my friends in the real world.

There's also the problem of multimedia (MMS) messages. For example, I needed to send a picture to my girlfriend the other day, so I attached it to a text like any normal person would do. But when she got it, her iPhone 5C thought it was a video. It wasn't a weird format, it wasn't a huge file, and it wasn't sent any differently than any other picture. Her phone just decided to try and play it like a video, so she couldn't see it. I tested this with other iPhone users as well - no dice.

My girlfriend's phone hates me. Also, *at.

These are just some of the problems with "green-bubble friends," as I like to call them. The thing is, there's a super simple solution:

A few weeks back, Apple had a huge developers conference in California. They talked about all the cool new features coming to iPhones, but every journalist in the room was waiting for Apple to say "and there's one more thing...iMessage is now available on Android!" There were rumors floating around that it was finally going to happen this year!

But that wish didn't come true. Instead, Apple showed a video, and quietly ended the conference. They had a chance to potentially bring millions of people (and their dollars) into their app - and improve the lives of those of us who are constantly looked down upon by our iFriends - yet they didn't take it.

Google's Messenger app automatically adjusts colors based on peoples' profile pictures - avoiding the green bubble problem entirely! But you can't get it on iPhone.

If Apple would bring the iMessage app over to Android, I'd use it in a heartbeat. I prefer the way my texting app (Google Messenger) looks, but since all my friends have iMessage, I'd make the sacrifice for them if it meant I could be included in the blue bubble group. Or, I suppose they could switch to Android.

Because at the end of the day, I really just want to talk to my friends without being a burden. Is that too much to ask?