The Greatest Showman Snubbed by the Oscars
Odyssey

It showcased a celebration of music, performance and unique beauty.

You may think that it's excessive to still be salty about the 2018 Academy Awards, especially seeing as they were a year ago, and this year's awards are already last week's news. You may be right. But that's not going to stop me from saying exactly why I'm so upset that "The Greatest Showman" not only did not receive the Academy Award for "Best Original Song," but also that it was the only category it was nominated for.

If you haven't seen "The Greatest Showman" because musicals aren't your thing, or movies are expensive, or you can't bear to see Wolverine in anything but claws and sideburns, I implore you: give it a shot. The same people that bashed musical theater and American History now pay hundreds of dollars for a seat at "Hamilton," so bear with me here.

Granted, the film was nominated for and received many other awards outside of the Oscars, including the Golden Globes, Saturn Awards, Critics Choice Awards, Grammy Awards, and even Kids' Choice Awards. While some may say I should sit back and enjoy these other accolades, I insist that because it did win in so many other avenues outside of the Academy Awards that something else was at work here.

To clarify, I don't have a conspiracy theory about the Academy Awards. (I do, however, know that some activists were calling for "The Greatest Showman" cast to be shunned from award season due to P.T. Barnum's perpetuation of circus-animal treatment. To that, I say every extensive animal instance in the film is CGI and historical events should not have an impact on the reception of modern-day interpretations. For instance, Michael Fassbender is not a slave owner, but he depicted one with immense skill in Academy Award-winning "12 Years a Slave"). 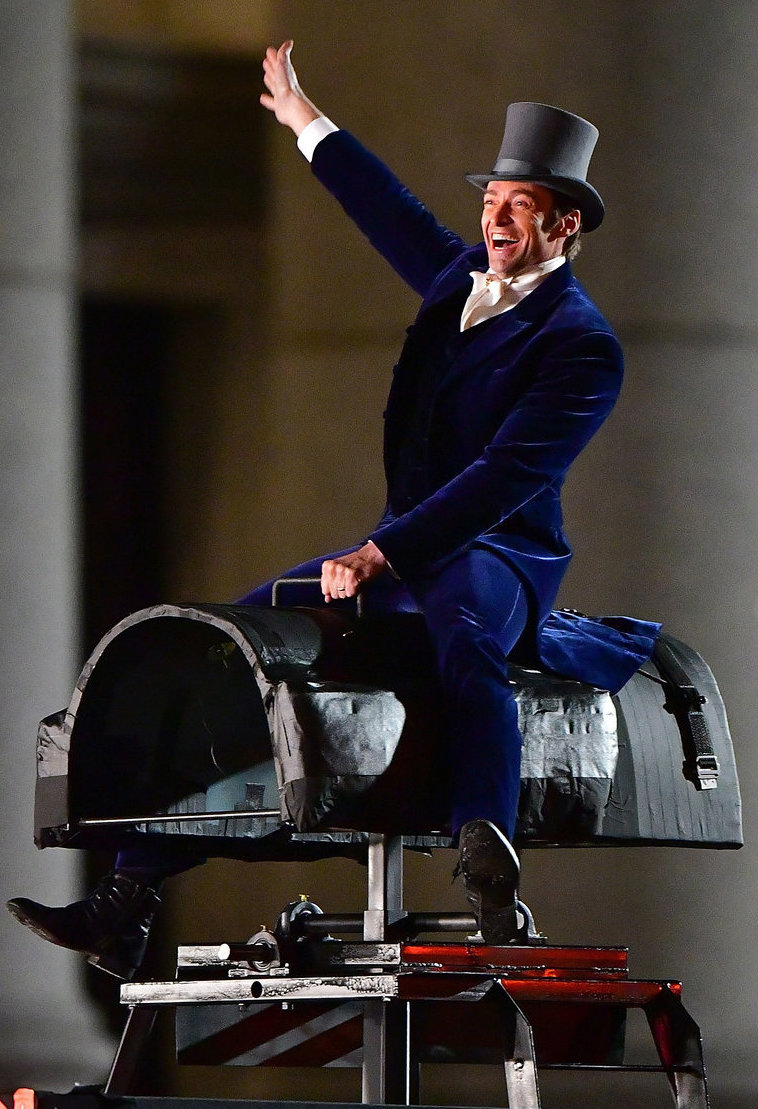 Hugh Jackman and his "elephant."thenypost.files.wordpress.com

That being said, I did look into the history of the Academy Awards to better understand what it is they focus on when nominating and awarding films. I took personal offense when I saw that "The Shape of Water " was nominated over Showman. I should take my own advice and watch the movie before judging it, but I had seen the bathroom scene (FYI the clip is PG13) like everyone else and passed on an inter-species love story without any further thought.

The Academy for Motion Picture Arts and Sciences was born in 1927 when MGM studio chief Louis B. Mayer wanted to develop an organization to benefit the film industry. The Academy inducts members to the most prestigious group in the filmmaking industry, and votes are cast within each respective category. The reason I think I struggle with the films that win is that nominations are kind of like the popular vote and winning is kind of like the electoral college. Sometimes, we don't get what we expect...

I also can't help but notice that the nominated films come from every corner of the box office. Nominees range from kid favorites, foreign language bombshells, to critically-acclaimed literary films. When I say literary, I mean these movies are the "Wuthering Heights" to the "Twilight" of the movie industry. While a story may be popular with the vast majority of the audience, it's merit as (almost) academic work and a lesson on the human condition may overcome sparkly genre elements.

With that, I still think Hugh Jackman's legendary dedication to the arts, Zac Efron and Zendaya's gorgeous aerial work, and Keala Settle's jaw-dropping talent should have ushered "The Greatest Showman" to the front row of Dolby Theatre last year. Oh well, I'll let bygones be bygones (maybe). I now have the rumored sequel tailored by Hugh Jackman himself to look forward to. If you'll excuse me, I have some more research to do on how to petition the Academy on potential 2020 nominees.