Gravity Falls, The Cipher Hunt, And The Potential of People
Odyssey

Gravity Falls, The Cipher Hunt, And The Potential of People

How an animated show and the following treasure hunt restored my faith in humanity. 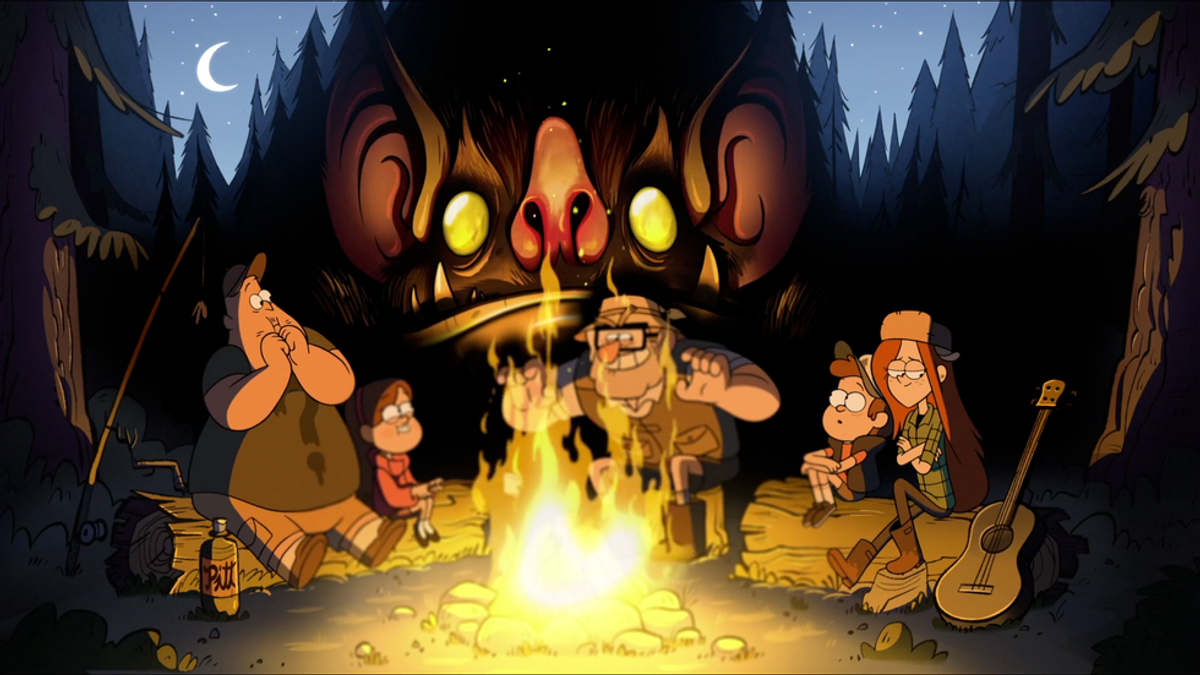 Quick show of hands, who here has seen the show "Gravity Falls?"

I assume at least some of you have raised a mental or physical hand. However, I know that many of you may have no idea what I am talking about, so let me fill you in!

Gravity Falls was a Disney Channel animated series that followed twins Dipper and Mabel Pines as they move to the small, isolated town called Gravity Falls, Oregon. While there, the two make numerous friends and live with their curmudgeonly great uncle "Gruncle" Stan Pines. Stan and the twins live and work in "The Mystery Shack" where Stan cons people into paying him to see phony mythical creatures and magical artifacts, similar to carnival attractions such as the Jackalope.

Ironically, his niece and nephew get embroiled in the actual mysteries of this backwoods tourist town which include a cult, a psychic, ghosts, zombies, and monsters of every conceivable shape and size. One such mythical entity is known as Bill Cipher, a multidimensional demonic being shaped like the all seeing eye one sees on the back of American currency.

That should be enough backstory for our purposes, as I really do not want to spoil any of this show for you and recommend seeing it if you haven't. Now I want to tell you about the quest that was started a few months after the series final episode aired. This quest was called "Cipher Hunt" and involved a series of riddle, puzzles, and cryptic ciphers scattered around the world.

I need to be clear here and reiterate that when I say it was a world wide hunt I mean that clues were hidden in the United States, Japan, and Russia. The first clue was an encrypted message posted on twitter by Alex Hirsch, the creator of Gravity Falls, hinting that a statue of the Bill Cipher existed, hidden somewhere in the world. Once solved it pointed to St. Petersburg, Russia, where another clue was found. The pattern of decrypting a clue to locate another clue repeated itself for 14 days, until eventually the world learned the secret location of a lifelike statue of the previously mentioned Bill Cipher.

If you have made it this far in the article, you might be wondering why you should care about a treasure hunt completed by a bunch of fans of a cartoon. Why should this matter to those of you who have never watched the show? I believe the answer is clear:

These people who have never met, who may speak different languages and live in different countries (some with a history of conflict), all worked together to do something incredible. They were mostly complete strangers who all wanted to work towards the common goal of uncovering a mystery based on something they collectively cared about. They worked as one group. For those two weeks, nothing mattered. Politics was absent, nationalism fell on deaf ears, differences were put aside, and these children, teens, and adults solved a puzzle the size and scope of the movie "National Treasure" or "The DaVinci Code."

In a world that is currently in a state of perpetual tragedy, these people found joy working together to solve a mystery bigger than any single person could have solved. In a world where political and national leaders push an "Us vs. Them" dialogue, this large group of people ignored all of that and proved to me that when people work together to solve a problem, it is only a matter of time before we succeed.

I recommend reading up on the progress of Cipher Hunt if you are interested, and I, again, recommend watching Gravity Falls if you, like me, enjoy a whimsical and touching story.

I couldn't end this without a cipher of my own:

Gszmp blf! Blfi wvxrksvirmt hprooh ziv rnkivhhrev!
Report this Content
This article has not been reviewed by Odyssey HQ and solely reflects the ideas and opinions of the creator.

Caitlin Marie Grimes
University of South Florida
11514
Beyond The States