Good vs. Bad Reasons To Be In A Relationship
Odyssey

Good vs. Bad Reasons To Be In A Relationship 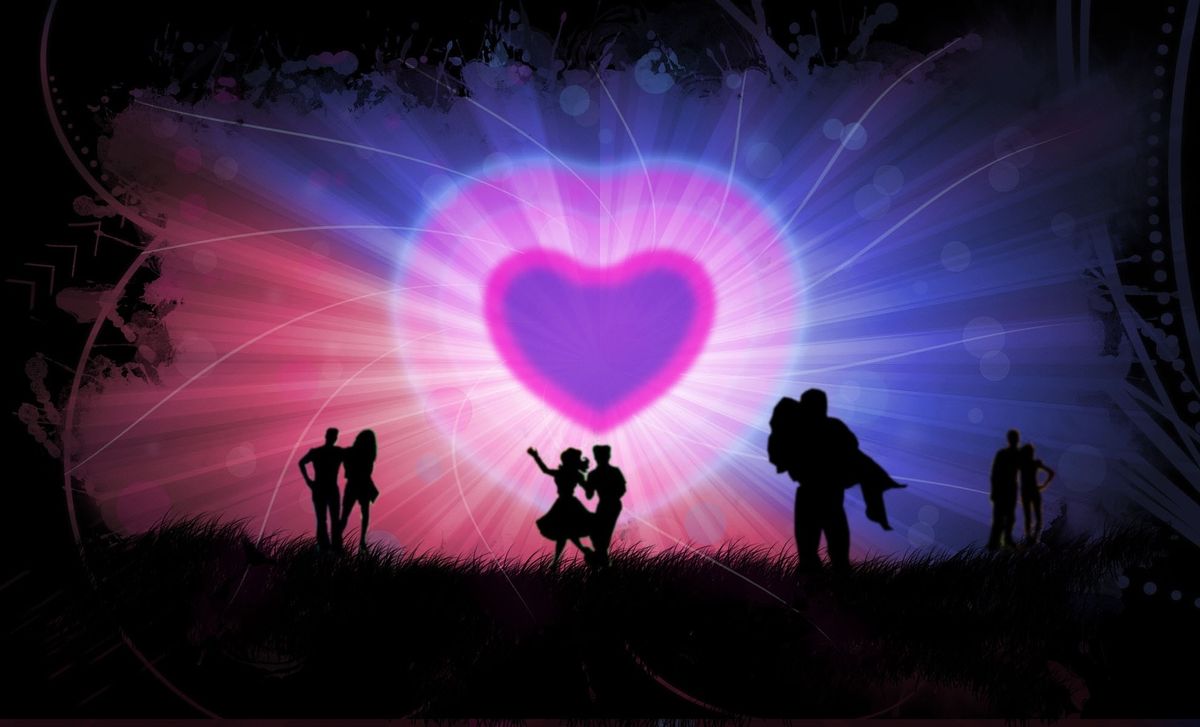 Relationships are part of all of our daily lives we have platonic, romantic, family, school, and work relationships. For this specific article, I'm going to focus on romantic relationships.

When it comes to relationships, I haven't had much experience. The romantic relationships I've been in have been very few and far between, and my longest relationship only lasted three and a half months. However, I don't view this as a bad thing, but rather an opportunity.

I've remained single for most of my adolescent/adult life because I chose not to settle. Also, I've seen those around me get into new relationships for all the wrong reasons, and it always comes back to bite them in the butt.

I don't want this for myself.

If people truly understood what a serious relationship is all about, they would have a better chance at finding "The One." Here are some good and bad reasons to be in a relationship.

1. Everyone around you is in a relationship.

Trust me, I know just how hard it is to be single and be surrounded by (seemingly) nothing but happy couples. I know it can be tempting to follow the crowd, but as my mom used to say, "If everyone jumped off a cliff, would you do it too?"

Honestly this should be a given, but nobody likes feeling "empty" or thinking that something's missing. If you're bored or have extra free time on your hands, instead of looking for a significant other to spend your time with, find a hobby. Read more books, start an art project, join a gym, etc.

Personally, I chose to fill my free time with a second job. Talk about grindin'!

Backstory: on the first day of my Freshman year of college, I met this cool girl and we were instant "best friends." She ended up dating this guy, who had a best friend that he thought I would be interested in.

Looking back, I didn't like this guy at all. He was annoying, obnoxious and would make racist remarks about my friend's Asian heritage. We ended up dating for a few short months, but the relationship was extremely abusive at my expense. After we ended it, I realized I only dated him to fit a certain image: a "best friend" squad where best friends dated best friends. I didn't date him for the right reasons.

I've been guilty of this myself. Loneliness is a normal part of young adulthood; friend groups diverge and people find their own paths. Friendships change, and sometimes end.

People are so temporary during your first few years of adulthood and that's OK.

If you're experiencing loneliness, the worst thing you could do is start a new relationship just for the sake of filling a void. This will cause you to put too much pressure on them, and you'll become attached to them too quickly. Trust me, I've been the victim and the culprit of this. It's not fair to you, and it's not fair to them.

Revenge never solves anything. When a relationship ends, even if one or both parties are devastated, nobody wants to make that known. Our first instinct is to show how amazing our life is without them, even if it's all an act. But starting a new relationship as a form of revenge is probably the worst thing you could do. First and foremost, it's using an innocent person for personal gain, and second, your ex probably doesn't even care. They're living their own life, healing from the failed relationship on their own, probably not even thinking about you. Go out and live your life, too.

Allow me to translate: people who want to be in relationships so they have someone to spoil them rotten. For some reason, people equate love with materialistic objects, such as makeup, clothes, shoes, etc. If I'm in a relationship, I couldn't care less if my significant other buys me materialistic things. As long as I'm cared for and respected, I'm all good. Don't use your partner for monetary reasons, or any reasons, for that matter. If you want new stuff, save your money and buy it when you're able to.

7. You're avoiding dealing with heartbreak

Backstory: Last year, someone did something BEYOND horrible to me, and I didn't want to deal with it, so I downloaded a dating app and started talking to people on there in order to not have to come to terms with the way I was affected by another's wrongdoing. As soon as one online relationship fizzled out, I would immediately move on to someone else, just so my phone wouldn't be dry. Newsflash: brushing hurtful things off or avoiding them won't make them go away. They will still be there in the back of your mind, and you WILL have to deal with it at some point. Let it be sooner rather than later.

8. It's the holiday season

There's a difference between having a crush on someone and having real feelings for someone. The worst thing you could do is start a serious relationship with someone just based off of initial/physical attraction. If someone is physically attracted to you, they will stick with you until someone new comes along. But if you have a connection with someone, they will be there with you through it all.

10. To bump up your social status

This is more for those in middle and high school. Some people will crush over someone they've never even met, but will fantasize over them excessively. Why? Because they're captain of the football team, or they're a cheerleader. They think that since nobody notices them, if they date someone with a high social position, they themselves will be noticed. But what if the popular kid you're drooling over is actually a horrible person who is cruel to animals? What if they steal from stores? If you like someone, you should like them for who they are, not what they are.

11. You genuinely like the person for who they are and want to grow with them

A relationship should never be one-sided; it must involve love, trust and commitment from both ends. The best kind of relationship is one that is built on friendship and companionship above all else. Get to know them inside and out before taking your connection with them to a romantic level. Learn what makes them, well, them. Understand that you are not two halves becoming a whole, but rather two wholes coming together with a common interest. Find someone that you can grow with while you also grow independently. Never be codependent. Always be trusting. Love is not jealous and it does not anger. Love is patient and kind.

And yes, love is REAL!