Golf Is The Most Difficult Sport
Odyssey

Golf Is The Most Difficult Sport

Happy Gilmore is my spirit animal when I miss a putt. 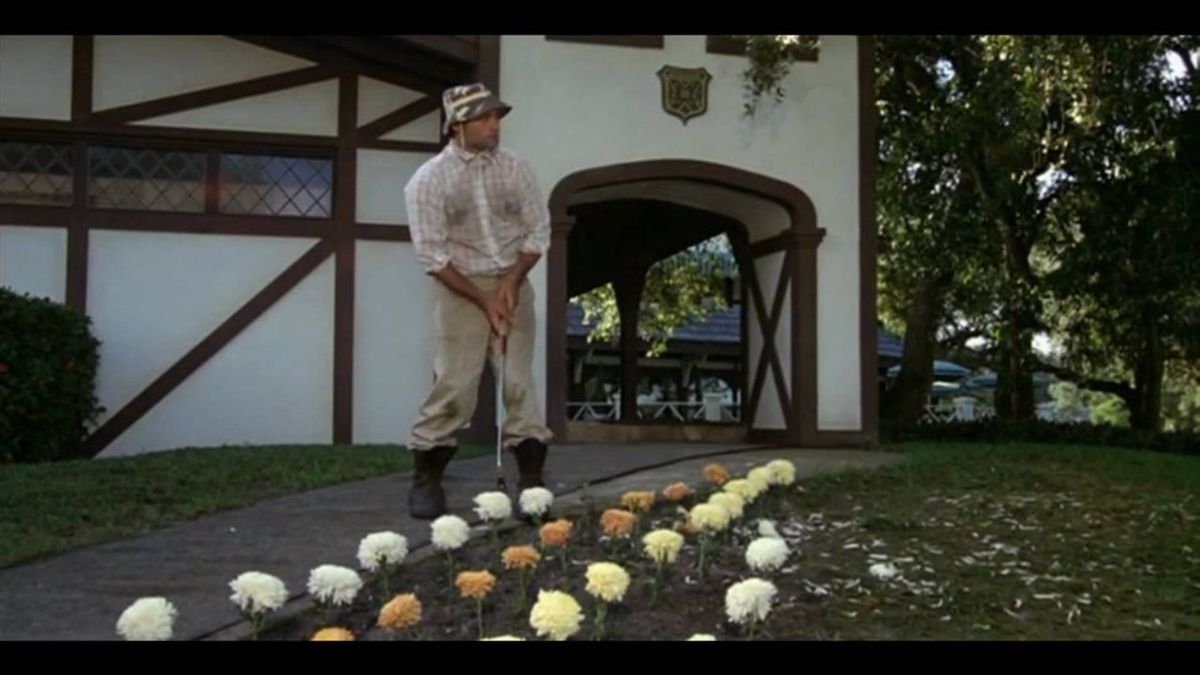 For most sports, like football for example, even if you do not excel at it, being athletic will still make you adequate. That goes for most sports, as long as you are fast and quick you will usually keep up with the studs. Golf on the other hand is not like that at all. Golf is one of the few sports where you can't muscle your way to greatness, and because of this reason it is the hardest sport ever.

Now, many people will begin to disagree and say rugby or boxing or one of those physically challenging sports that take endurance, is by far the hardest sport. While you are right, those sports are extremely difficult, they are also ones where you can muscle your way through half the time.

The reason I pick golf over any other sport as most difficult is because what the concept of the game is. Golf is where you take a four foot metal rod with a head at the end, and hit a ball that is one inch in diameter, at a hole in the ground. Not only that, but the hole is hundreds of yards away and the only way to detect where the target is, is by a big flag sticking out of the hole that should say, "you will never hit me."

When you see professional golfers on television they drive the ball at least 300 yards easily, so like many of you who have never played, I, too, thought all you do is Babe Ruth your way to this flag. But, like you, I was wrong. If you try to swing the club as hard as you can thinking you're Happy Gilmore, your club will most likely go farther than the ball. Hitting the ball far is not about a powerful swing like in baseball, it is about properly swinging.

It mainly starts with your first approach or your drive. The reason golf is the only sport where it's rude to cheer and has it's own 'clap' is because it takes more concentration than studying. Everything has to be lined up just right and your hands just so. Even if you get that down you can still mess up. Lean too far back and you're slicing it right and are going to have to Sandlot it out of someone's back yard. Too far over the ball and who knows where it will go.

The main reason it's so hard to hit a golf ball correctly is that it's not even close to baseball. Like I said, it's not a power game, it's all about precision. It can take years to get your swing down properly until it's muscle memory.

Now, lets say you have your swing down enough so it's decent and you don't look like you just started. The next thing you have to worry about is everything else. Once that ball is in the air you pray it lands on the fairway. If it lands in the sand bunker its the opposite of a beach paradise and you may as well give yourself three strokes on your score card automatically because, there is no way you're getting out of there in one swing.

Again, for the sake of assumption, you hit it on the fairway, you now have to deal with the type of club you are going to use. Which then brings up the very first problem: the swing. Hitting the ball with an iron requires a completely new swing. Now you really have to make sure you know what you're doing. Maybe you can get away with punching the ball from the box, but now that you're close your early-years-Tiger Woods has to come out. Your back swing may have to be less and even if it doesn't you still have the chance of not getting underneath the ball enough and it not even going in the air and just looking like a really aggressive putt. Again it's all about precision. Hitting the ball at the perfect angle requires the right amount of back swing, club angle and how far under the ball you get. It's like a really majestic upper cut.

Lastly, is putting; the part of golf where it feels the most intense. The worst part of putting is that it looks so simple but it's very deceiving. If you make it to the green without pulling your hair out then don't get too excited. Reading greens is like another reading level not even the advanced readers in elementary school got to. It's difficult. This is when you need to know how the green moves, where the bumps are and how hard to hit the ball. If you are an amateur and do not play often then putting is all luck because hitting the ball in on the first try seems to never happen. After finally scoring just remember, you have 17 more holes of fun left.

If you are someone with very low patience or thinks golf is something you can master in a day than this is not the sport for you. It's not easy to pick up and just because you're a business man does not mean you are going to be excellent; don't let the movies fool you. Golf takes the right technique from the grip of the club to where your feet line up. Nothing about golf is easy, and it takes years to master. Hell, even the professionals mess up and they're paid to make it look easy. Golf is the hardest sport there is, and anyone who says different has never played before.

In dedication to my grandpa Don Swanson, who just turned 81 and has been playing golf most his life