What Going Up North Means to a Michigander
Odyssey

What Going Up North Means to a Michigander 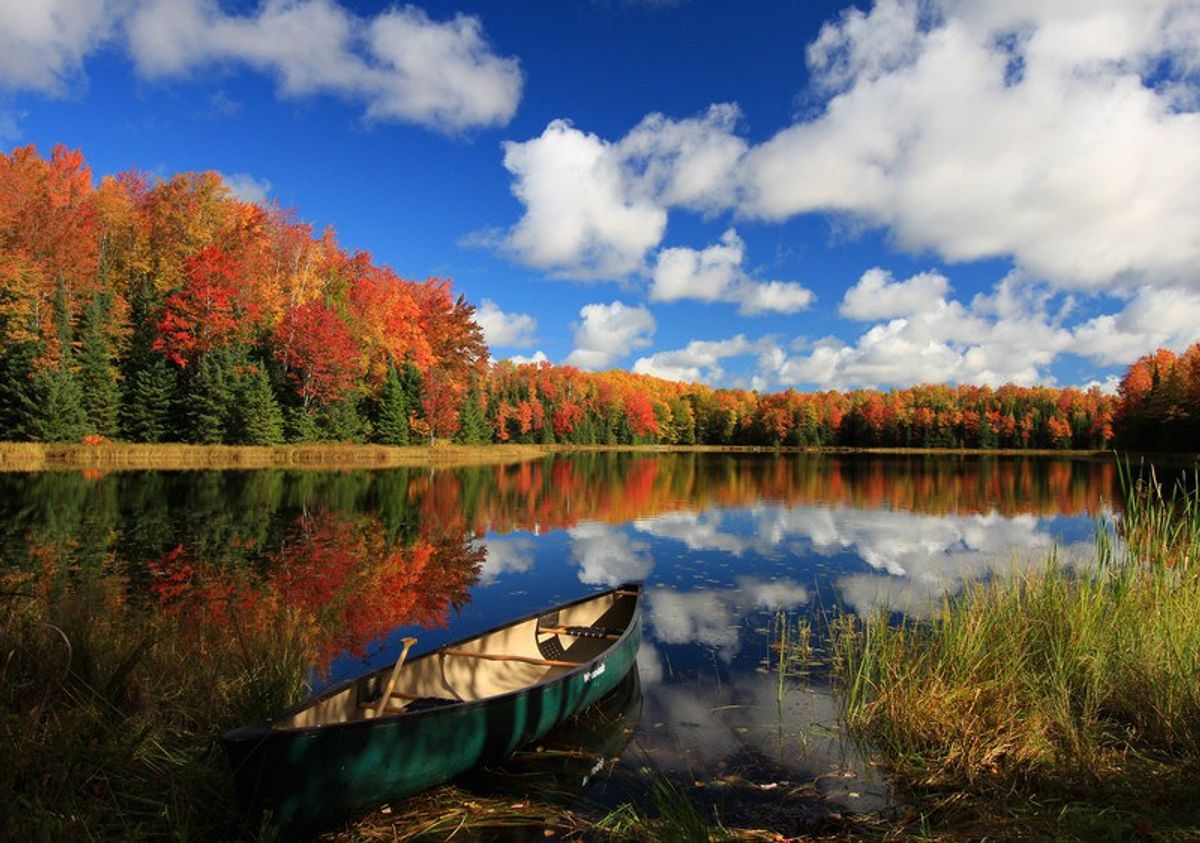 Life in the North Woods

To Michiganders, going two hours north of where you live doesn't count as going "up north." Until you've crossed that giant green bridge that lies above Lakes Michigan, you haven't had the true up north experience.

The UP is a place. Michigan has an upper and lower peninsula, and UP stands for exactly that, "Upper Peninsula." All Michiganders know this— it's simply a right of passage.

You know how the sky looks in movies?The Upper Peninsula features clear skies freckled with millions of stars as far as the eye can see.

No matter where you travel in the Upper Peninsula, you'll always run into a friendly face. People who you've never met before will strike up a conversation with you as if you've been friends for years. Many people will wave and smile as they drive by as well—being overly-friendly simply isn't an issue in the north.

The Upper Peninsula is incredibly stunning. From clear, blue lakes to deep, green forests, the U.P. is impressively gorgeous. As the seasons change, so do the amazing views, and they're unlike anywhere else in the world -- just ask a Michigander.

No, the moon is not actually blue in the Upper Peninsula, but the ice cream is! Every Michigan native knows what this flavor is, and there's not an ice cream shop in the U.P. that doesn't sell it. From children to adults, everyone loves a scoop of this traditional flavor -- even though I don't think anyone can actually describe the taste.

7. Swimming in the Great Lakes.

When you find yourself in a state surrounded by gorgeously blue, salt and shark-free water, you have no choice but to take a dip, Many Michiganders will have set foot in all of the Great Lakes throughout their lives. Huron, Ontario, Michigan, Erie, and Superior offer many natives and tourists a ton of summer and winter fun.

I know what you're thinking, we've all seen snow. However, the snow up north is unlike in any city. It is the fluffiest, whitest snow you'll ever lay eyes on. When the trees and the ground are covered after that long-awaited first snowfall, the Upper Peninsula transforms into a winter wonderland.

We're a state surrounded by five lakes, enough said. From Bluegill to Northern Pike, the Upper Peninsula is a fisherman's paradise. Not only is there amazing fishing within the lakes, but there are many rivers, creeks and streams to fish in as well, making the U.P. an ideal place to relax and throw a line in.

The Upper Peninsula is characterized by these meat pies. Traditionally eaten by miners due to their compact size and convenience, a pasty is a hearty hand-held pie filled with beef, carrots, potatoes, rutabagas, and onions. There isn't a town across the U.P that doesn't sell them.

Growing up in Michigan means you travel up north a lot. Most of your time is spent outdoors, playing in the woods, hiking through state parks and sometimes veering off the path in order to find wonderful hidden treasures you would never have known existed. Many times, these adventures will lead to beautiful, clear waterfalls and a day of uninterrupted swimming and cliff jumping.

The U.P. is one of the most quiet, calm places on God's green earth. Life seems to move slower here; people are never in a rush to get where they are going and the atmosphere is simply relaxing.

Deer, bears, elk, moose, wolves, porcupines--you name it-- the U.P. is bursting with Michigan's native animals. A trip up north usually means seeing many different forms of wildlife and although this can be potentially dangerous if an unexpected visitor comes to close to camp, seeing these animals is usually an incredible experience.

In the summer, days spent swimming, being outdoors, and simply having fun never seem to end. The sun rises around 6 AM and doesn't seem to set until 10 PM, allowing plenty of time for making incredible memories.

As soon as a Michigander crosses the bridge, they'll tell you the air changes. From polluted, smog-filled air in the cities in the Lower Peninsula to the clean nonindustrial air in the Upper Peninsula, there's no way to describe it. It is simply easier to breathe up north.

17. And, last but not least, going up north means unforgettable memories.

Days spent at the lake with family and nights spent by the campfire will never be forgotten. Stories such as catching your first fish, swimming in waterfalls, and eating so much ice cream you could pop will be told to your future generations, and the Upper Peninsula will always hold a place in your heart whether you visited it one time or a thousand.